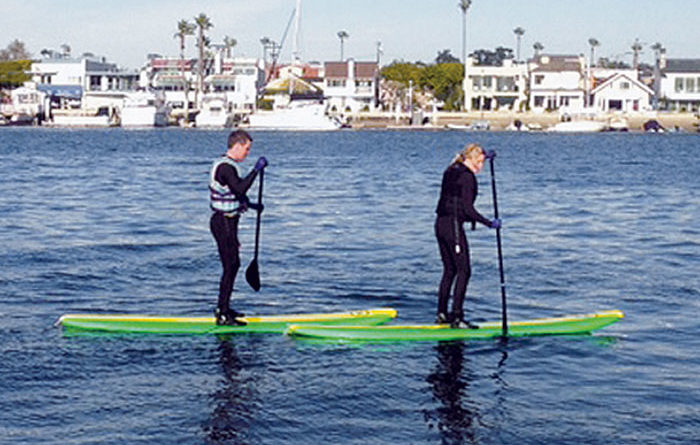 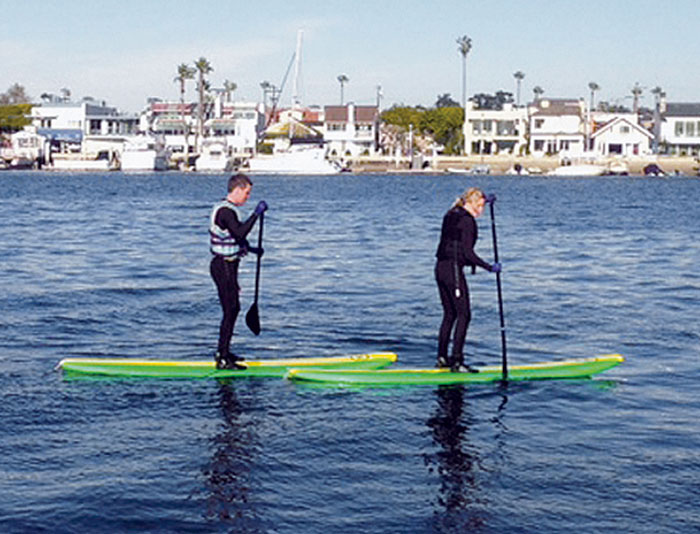 NEWPORT BEACH — Efforts made to close gaps between charter boat companies, yacht clubs and sailing associations appear to be just about there as harbor stakeholders applauded their ability to work with one another and steer clear of any prevailing issues. However, several speakers expressed frustration with rental businesses in the harbor during the city’s annual Charter/Sailboat Coordination meeting.

“Those companies were asked to be here and consistently are not part of this group,” said Chandler Bell, director of marine operations for Hornblower Cruises & Events. “It’s important that they are part of this forum, to foster communication with them, (because) they are giving us the biggest problems.”

Once a year, the city holds the meeting to discuss issues or concerns encountered by the user groups and decide how to solve any problems. Representatives from local yacht clubs, charter companies, sailing schools and boating associations have attended the meetings for several years.

In the past, charter boat operators said it had been difficult for them to contact sailing instructors leading classes in the harbor via VHF radio. Sailing instructors at that time assured charter operators that they would make an effort to listen for their radio calls. Better efforts to be cognizant of one another in the harbor made communication between the groups increasingly better, charter operators said.

However, the growing popularity of SUPs has added to the harbor mix, putting a new group of harbor users in the same waterway with recreational boaters, commercial vessel operators and beginning sailors. “Newbies” to the sport who may be unfamiliar with boating’s Rules of the Road have created problems for existing boaters in the harbor — and that lack of basic on-the-water knowledge has created some unnecessary hazards to navigation.

“It’s been a relatively new topic in the last few years,” said Shannon Levin, Harbor Resources supervisor. “So, we are just now wrapping our head around it.”

City officials have sought ways to ensure that both SUP users and traditional boaters can safely transit the harbor together. Earlier this year, they asked the city’s Harbor Commission to form a subcommittee to determine what steps need to be taken to address local concerns.

Harbor Commission member Paul Blank, who led the subcommittee, determined that public awareness about the harbor’s existing on-the-water rules and general boating safety would be beneficial to both groups.

The commission, along with Newport Beach City Council and the National Surf School and Instructors Association, held a public outreach event April 7 to discuss stand-up paddleboard safety in the harbor. The educational forum offered the public an opportunity to view SUP products, speak with professionals in the sport, and ask questions of panelists, who discussed how SUPs can safely transit the harbor and the type of safety equipment that users must carry when on the water.

Unfortunately, the event was sparsely attended, said City Councilmember Nancy Gardner. And those who should have been there weren’t.

“The people who rent the boards weren’t there, but it was one of those events where great connections were made,” Gardner said at the April 10 Harbor Commission meeting.

Following the forum, Gardner asked City Manager Dave Kiff if it was possible to make brochures on water safety and SUP safety available at City Hall, at community centers and at other locations throughout the city. She also coordinated with Visit Newport about whether local hotels could have the brochures readily available for their guests interested in stand-up paddleboarding.

Under such a plan, the SUP rental customers would have to sign that they have the knowledge of this document before they would be able to get a paddleboard. And the rental business would have to agree to the procedure in order to get their business license.

In the meantime, public outreach and education programs will be pursued with the estimated five to 10 SUP rental companies in the harbor.

Under existing law, SUPs must obey the same Rules of the Road as boaters. SUP users must carry life jackets, and navigation lights must be used between sunset and sunrise.

The Orange County Sheriff’s Harbor Patrol has the discretionary latitude to apply and enforce existing laws pertaining to SUPs, to promote justice and safety in the harbor, city staff members reported.