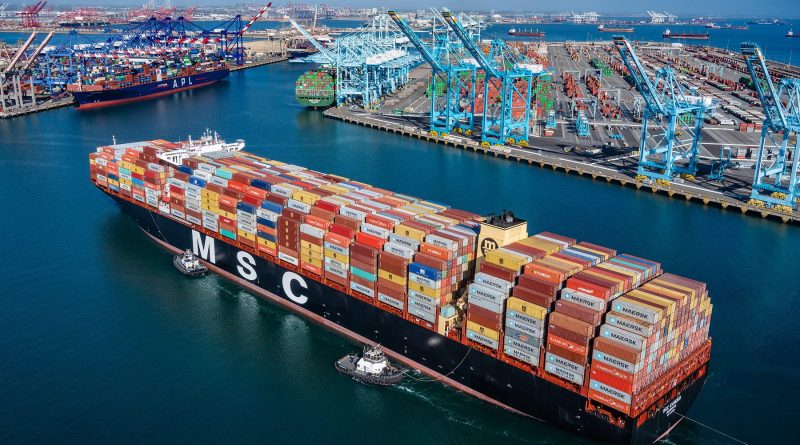 As activity at the port booms, retailers and other shippers say they are experiencing growing delays and increased charges as the Port of Los Angeles and others across the U.S. attempt to keep up with the rapid increase in container volume.

LOS ANGELES—More shipping vessels have been idling outside the Port of Los Angeles and Port of Long Beach as the ports experienced a surge in cargo volume leading to growing delays for shippers looking to load and unload.

“Container dwell time on terminals has doubled during this import serge to five days,” Port of Los Angeles Executive Director Gene Seroka said in a Nov. 18 video update. “Street dwell times while waiting for warehouse space to open up has also doubled to 7.1 days.”

October marked the busiest month in the Port of LA’s 114-year history, propelled in part by replenishment of inventories and retailers preparing for upcoming holidays. The Port of LA processed 980,729 Twenty-Foot Equivalent Units (TEUs) in October, an increase of 27.3% compared to October 2019.

“The spike in imports is unpreceded in scale, breaking new records on a monthly basis,” Seroka said.

The Port of Long Beach also achieved another single-month record in October, processing more than 800,000 cargo containers for the first time in its 109-year history.

The Home Furnishings Association (HFA), the trade group for U.S. home furnishing retailers, and other industry groups joined together in a letter to the Federal Maritime Commission (FMC) seeking actions to clear the bottlenecks at ports across the U.S. The letter cited worsening delays and inefficiencies at Southern California ports, which the associations said are knotting an already constricted supply chain and raising costs for many furniture importers, manufacturers and retailers.

The groups asked the Federal Maritime Commission to suspend unreasonable detention and demurrage charges on containers and chassis at the Los Angeles and Long Beach ports. Demurrage charges apply when an inbound container remains within a terminal beyond the free time allowed. Detention refers to the charge for use of the container outside the terminal or depot beyond a free time period. Industry groups contend these charges pile up because of policies and practices beyond their control.

The FMC has already announced that it will investigate the current situation at the ports. Among the issues cited for the investigation were demurrage and detention charges in the ports of Los Angeles, Long Beach, and New York/New Jersey and their impact on trade.

Seroka on Nov. 18 outlined some of the Port’s efforts to address the issues brought about by the volume. He said they are using Port Optimizer™ data and expertise of supply chain partners to prepare for a range of scenarios to respond to market demands in the months ahead. He also announced the launch of “The Return Signal,” a new data tool that will assist the trucking community to know when and where to return empty containers to cargo terminals throughout the San Pedro Bay complex

“Here’s what we need to focus on to move the needle, first, I’ve been advocating for a comprehensive digitalization strategy throughout the complex for many years, we need to use real-time data to make smart decisions,” Seroka said.

In a few weeks, Port staff is expected to present two monetary incentive programs to the Los Angeles Harbor Commission with the goal of improving efficiency.