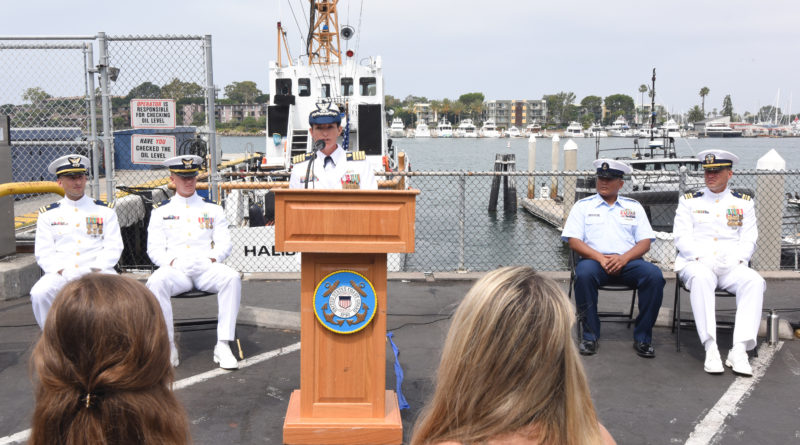 Epperly reports to the Halibut from his previous tour serving as the operations officer aboard the Coast Guard Cutter Wrangell (WPB 1332), a 110- foot patrol boat, one of six forward deployed U.S. Coast guard patrol boats supporting Operation Enduring Freedom in the Arabian Gulf.

The Coast Guard Cutter Halibut is a Marine Protector Class coastal patrol cutter and is home-ported in Marina del Rey. The Halibut is known throughout the Coast Guard as “the Hollywood cutter” because of its close proximity to Los Angeles and is often used as a representation of the Coast Guard in many news broadcasts, television shows and movie productions.