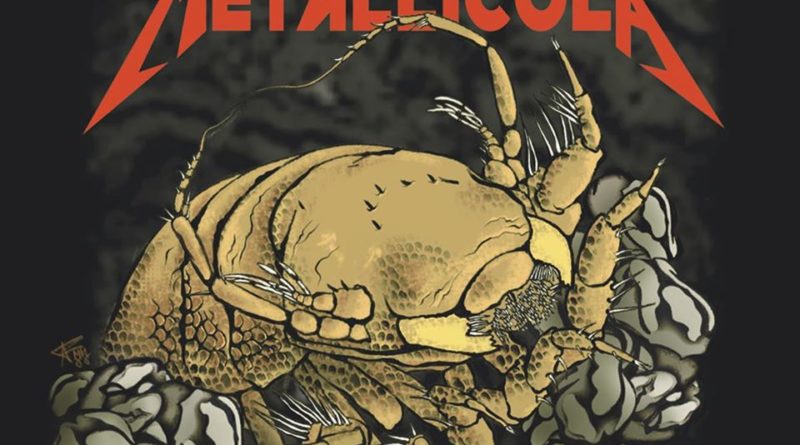 The researchers discovered the creature in the abyss of the northern Pacific while conducting environmental baseline studies as part of a broader environmental impact assessment for a potential future nodule extraction project. The study was published in the scientific journal PeerJ in late February.

“We’ve played on all seven continents, made it into the Rock & Roll Hall of Fame and now… we’re a crustacean!” the band wrote in a post on Facebook on Feb. 28.

Macrostylis metallicola inhabits the Clarion Clipperton Zone, situated roughly between Hawaii and Mexico. The eyeless and colorless creature is very tiny, growing only up to 6.5 mm long, and dwells in complete darkness. Its environment consists of manganese nodules –concretions of metallic elements several millions of years old. These contain valuable compounds, such as cobalt, copper, manganese, nickel and rare-earth elements.

“Talk about Blackened! It also lives amongst metallic nodules containing cobalt, copper, manganese, nickel, and rare-earth elements. So it basically lives in a rock stadium? Now that’s one metal crustacean,” the Metallica Facebook post went on to say. “You just never know what you’ll find ‘lurking beneath the sea.’”

Riehl said in a released statement he wanted to both pay tribute to his rock idols as well as raise awareness.

“The continuously increasing demand for certain metals, caused by social changes such as population growth, urbanization and energy change, leads to a search for raw materials, even in parts of the world that are previously difficult to reach, such as the deep sea, which have so far been scientifically unknown,” Riehl said in a released statement. “However, hardly anyone knows that incredibly bizarre creatures exist in the great, largely undiscovered depths of the world’s oceans that no one has seen before – like our ‘Metallica Cancer’. They are part of an earth system on which we all depend – the deep sea.”