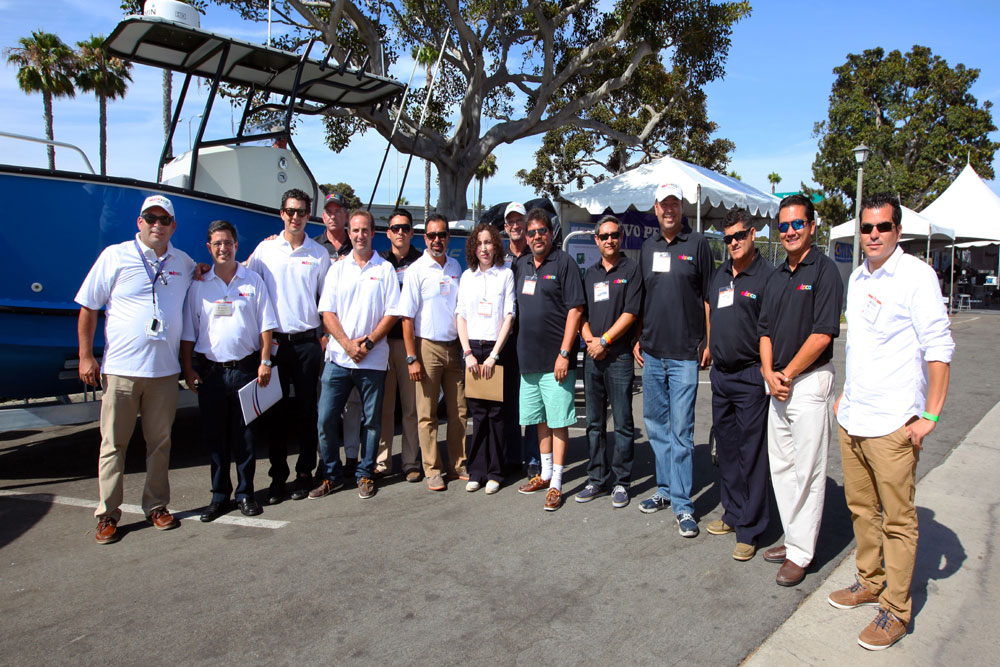 Dina Madrid flew up from Mexico City to announce the newly released 10-year Temporary Import Permit (TIP) to a room packed with recreational boaters and marine industry representatives. Last year, problems with the TIP form, which ordinarily allows boaters to keep their vessels in Mexico tax free for up to 10 years, inadvertently lead tax investigators to impound 330 yachts in nine marinas.

Madrid delineated 22 specific changes on the new TIP forms and explained how each improvement clarifies in English and Spanish some of the more confusing terminology, and how each change corrects past deficiencies.

She explained that one of the first changes is that the vessel owner’s name may be different from the person bringing the boat into Mexico, but the TIP will always be carried in the owner’s name. If ownership changes, the original TIP must be cancelled before the new boat owner can obtain a new 10-year TIP for that vessel. Another major clarification is the difference between the hull identification number (HIN) and the vessel’s state registration or Coast Guard document number. Mistakes in these three areas caused most of the impoundments.

Madrid, a federal liaison officer between the Aduana (Customs) and SAT (Mexico’s IRS), is the highest ranking official to represent Mexico’s efforts to resolve the problem. She also announced newly streamlined rules for how U.S. boaters can obtain and renew TIPs in the future. It can be obtained for $45 in advance online, or in person for $51.

Madrid gave boaters a sneak peek at the new English/Spanish website where the new TIPs will be available starting August 2014.

Alejandro Santander, director of the Mexico Consulate, assured boaters that Mexico has taken the impound issue seriously and has been working for months on changes to the federal tax and importation laws so this problem doesn’t happen again.

Santander said boaters who already have a TIP and need to make changes – such as replacing boat parts brought down from the U.S. — may do so at the nearest Port Captains or Aduana office. They don’t need to exit Mexico to update their TIP. But he reminded boaters that they are legally required to keep the TIP onboard the boat while in Mexico.

He made the analogy of driving without your driver’s license. “You can’t just tell the officer that you have one but you left it at home,” he said.

Santander’s office is in the Mexican Consulate Building in downtown San Diego, and he invited boaters to contact him if they encounter problems with the new TIP.

Tere Grossman, president of the Tourist Marina Owners Association of Mexico, came from San Carlos, Sonora, to speak about the most common mistakes boaters have made in filling out the TIP forms, and how to remedy these problem.

Grossman said the marina owners group has been working with the federal tourism department for 15 years to iron out paperwork wrinkles – usually before they occur, she said.

Marina managers and dockmasters from 13 different marinas along Mexico’s Pacific coast were also present at the seminar. Each marina manager presented a brief show displaying the beauties and amenities of their marinas, and invited boaters to visit. Large canvas shopping bags stuffed with gifts were handed out to each boater.