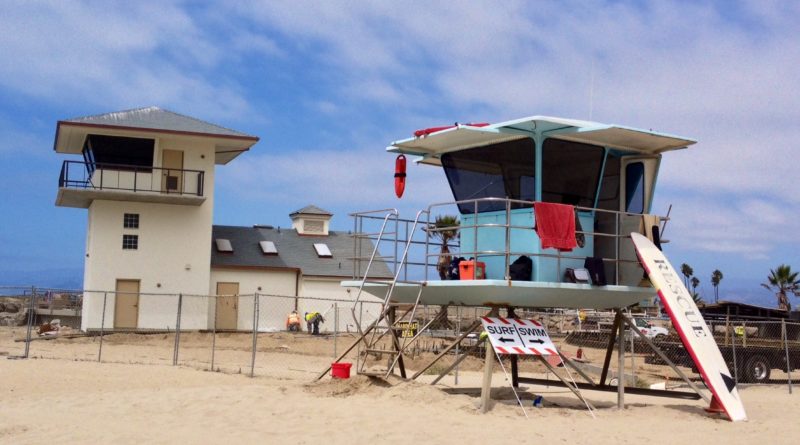 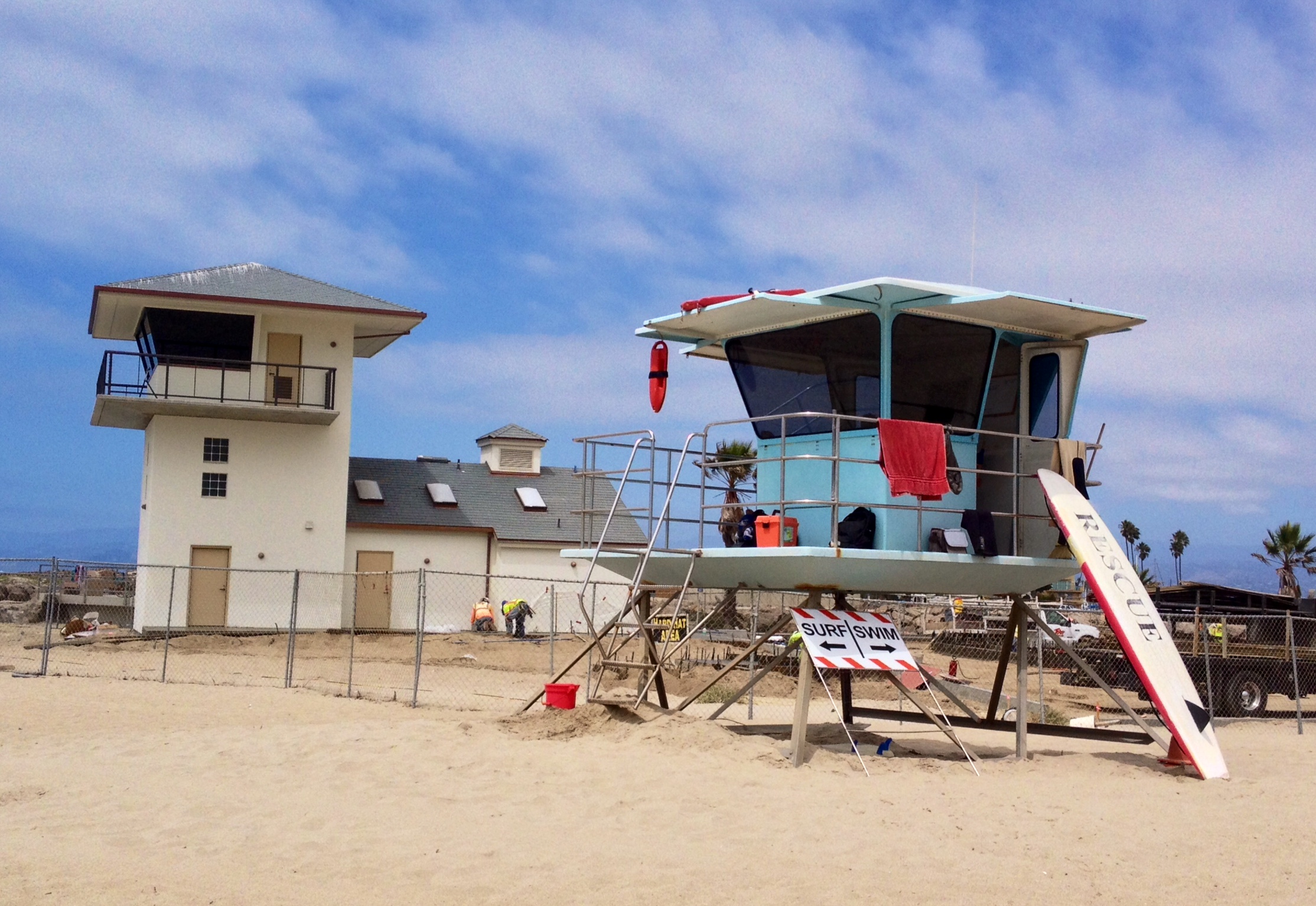 OXNARD – The ever-popular Silver Strand Beach adjacent to Channel Islands Harbor has been operating without a permanent lifeguard tower and public restrooms since 2003.

The 40-year old construction had “aged out” after years of exposure to salt air and water. Eventually the elements weakened the cement block construction creating cracks in the structure caused by rusted rebar.

Having declared the facility unfit for occupancy and a hazard nuisance, it was demolished by Ventura County in 2003, leaving only the parking lot in service. Since that time, beach goers used porta-potties and the lifeguard tower has been put up seasonally.

The harbor filed a new construction permit in 2006 once the county was able find funding for the replacement project. After reviewing complaints from residents who reside in shore side homes along the beach, the California Coastal Commission amended the building location, moving it closer to the harbor jetties. The project was approved in 2008, but on appeal by detractors, construction was delayed.

The main issue for the residents was that the proposed 33-foot tall lifeguard tower would block views and be an eyesore. Many residents also contested that there was no need to add a new restroom since another was restroom located less than a mile up the beach.

The modern facility is now nearing completion and will provide a permanent lifeguard tower, first aid room, handicap accessible public restrooms, and lockers and showers for lifeguards, as well as a new 76-space parking lot at the cost of nearly $1 million.

“Even in the winter months with cooler weather and colder water, the beach is busy with surfers and other year-round users of Silver Strand,” said Lyn Krieger, Channel Islands Harbor director. “We look forward to the entire project being completed by this September.”

Ventura County Supervisor Steve Bennett said the facility would benefit the entire community, and to build a facility that can withstand the beach climate, that is safer and easier to maintain, will benefit everyone that uses the beach.