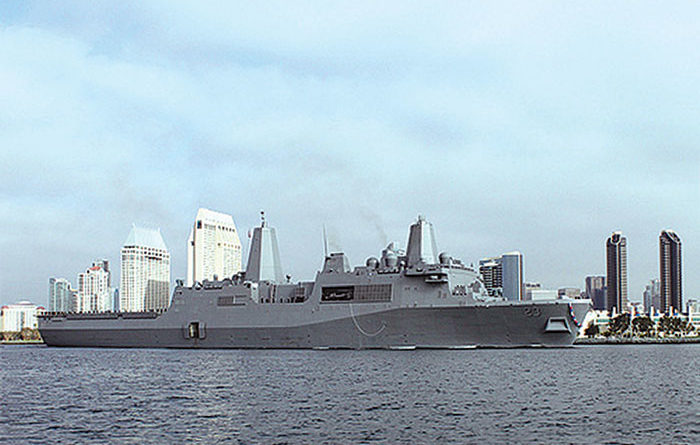 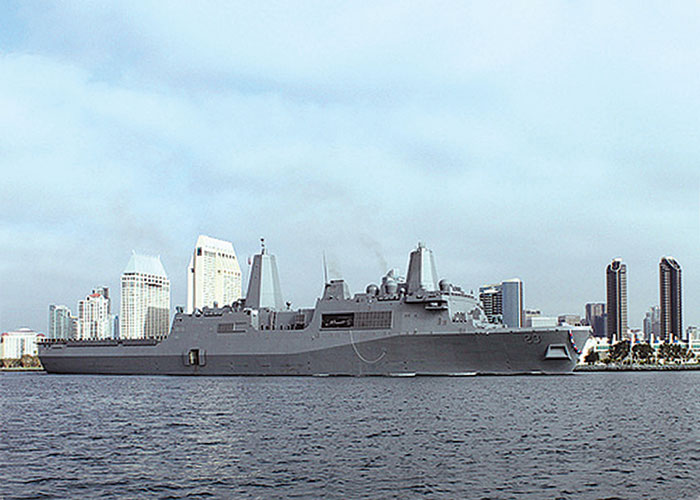 After leaving Louisiana Oct. 30, the ship with a 105-foot beam transited the Panama Canal’s 110-foot-wide locks, making it one of the largest classes of ships to have safely passed through the canal.

“It was amazing to see how the ship fit in the locks and was pulled along,” said Quartermaster 3rd Class Teanesha Jones, who was aboard the vessel during the canal transit. “I guess it really opens your eyes on how we (the Navy) get from one side of the world to the other, and the kind of international cooperation that plays into that.”

At 10 a.m. Nov. 21, the ship passed under the San Diego-Coronado Bridge for the first time.

Fire Controlman 1st Class Michael Keller was among the first crewmembers to report to Anchorage while the vessel was under construction, arriving in Avondale more than a year-and-a-half ago.

“The entire process was amazing to witness and be a part of,” said Keller, who is a San Diego native. “When I got to Anchorage, she wasn’t even painted. There were wires everywhere, scaffolds, and decks were bare metal.

“The relationship we built with both the shipbuilders and each other really brought this ship to life,” he added. “I know as the first crewmembers, we’ll be proud to leave behind a legacy that will endure throughout the entirety of Anchorage’s history.”

The ship’s crew will spend the next few months working on certifications and completing installation of ship systems prior to heading up the coast to Anchorage, Alaska, where the ship will be commissioned in May.

“We are excited to be reunited with our families,” said Capt. Brian J. Quin, Anchorage’s commanding officer. “It’s been a rewarding journey, but we’re not done yet. We look forward to the next round of testing and our voyage to Alaska. The community in Anchorage has already welcomed us with open arms, and we will work even harder to live up to the rich diversity and tradition present in the ship’s namesake municipality.”