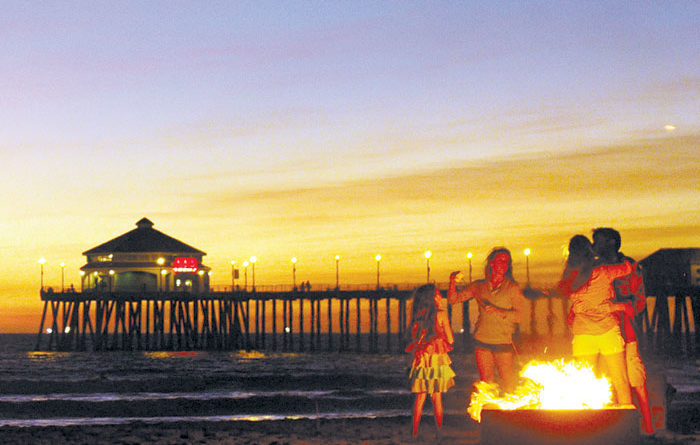 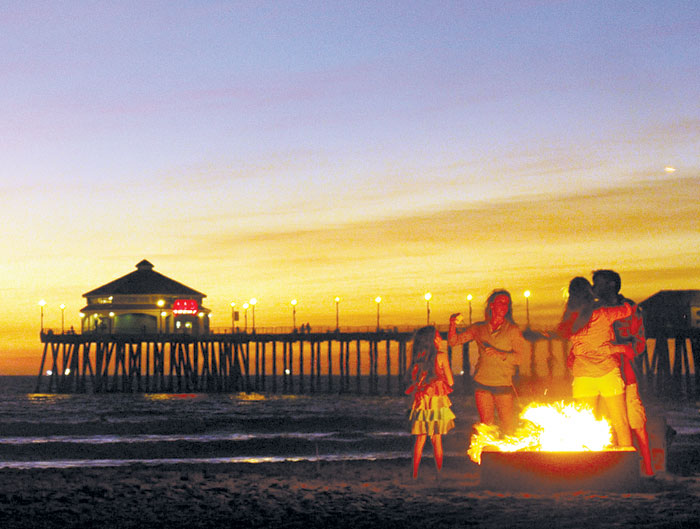 DIAMOND BAR — The question of whether or not fire rings would remain on Southern California beaches was answered July 12, when the South Coast Air Quality Management District (AQMD) governing board voted 7-6 to establish “buffer zones.” The new regulations will allow some fire rings to stay, but will force the removal of those within 700 feet of homes — including most of the fire rings on beaches within the city of Newport Beach.

After receiving 2.5 hours of testimony from the public, the board approved new regulations that will require fire rings to be positioned at least 700 feet from homes, with exceptions only if they are spaced at least 100 feet apart. Additionally, the fire rings must be at least 50 feet apart, if the city has 15 or fewer.

The regulations also provide for local control, granting cities and counties the right to remove fire pits if officials determine that beach bonfires are a “nuisance.” Such determination would need to be made in a public meeting — after giving legal notice — and would require a vote of the city council or county board of supervisors, according to AQMD.

Further restrictions on beach fires will also be in effect on high-pollution days, according to AQMD.

According to AQMD findings, the buffer zone will help to reduce local residents’ exposure to pollutants emitted by beach bonfires by at least 98 percent. A 90 percent reduction in exposure would occur when the rings are 400 feet away from homes, according to the district.

“This proposal has evoked strong feelings from residents on all sides,” said Barry Wallerstein, AQMD’s executive officer. “We believe this plan will reduce exposure to harmful particulates at beaches and nearby communities, while allowing beach fires to continue as a popular Southern California pastime.”

What initially started as a local issue, with the city of Newport Beach asking for the California Coastal Commission’s approval to remove all 60 beach fire rings within the city — 33 near the Balboa Pier and 27 on Big Corona State Beach — grew to an issue affecting 686 fire rings located on beaches throughout Orange County and 79 fire rings on beaches in Los Angeles County when the Coastal Commission deferred to the South Coast Air Quality Management District, asking for it to make a regionwide decision on the matter. City of Newport Beach officials withdrew their request for Coastal Commission’s approval to remove the rings in July, after other Southern California communities began launching massive campaigns to preserve the existing fire rings on their own beaches.

Air studies were performed, and numerous public hearings and meetings have been held since then.

Phillip Fine, assistant deputy executive officer for science and technology advancement for the district, reported that fine particulates enter the nearby homes from beach bonfires, creating a health issue. Particulate emissions from one beach bonfire alone are the equivalent of secondhand smoke from 800 cigarettes, he said.

In addition, “particulate emissions from 17 fire rings are equal to an average recent unplanned flaring event at a refinery,” the AQMD report stated — adding, “one fire pit in one evening emits as much fine particulate pollution as one big-rig diesel truck driven 564 miles.”

San Bernardino County Supervisor Josie Gonzales, who sits on the AQMD board, spoke at length about her support of new regulations, which she said balanced the agency’s mission with the expressed feelings of the public who did not want fire pits removed from local beaches.

“I want to keep them — but I want to be considerate of everyone,” Gonzalez said. “This goes beyond being popular: This is a health concern.”

Fire pits at Dockweiler State Beach, Huntington City Beach, and Bolsa Chica State Beach are not expected to be affected significantly by regulation. However, 60 of the fire rings in the city of Newport Beach — at the state beach in Corona del Mar and the beach in Balboa — would have to be  moved to meet the new spacing requirements. Some fire rings at Huntington State Beach and other beaches would have to be dispersed at greater distance, as well.

“Given that in May, the chair of the AQMD wanted to ban all fire rings at the beach, losing 30 to 60 (fire rings) at Huntington State Beach may not seem like much,” said Huntington Beach Mayor Connie Boardman. “However, that’s 30 to 60 families a night that won’t be able to enjoy a complete beach experience.

Diesel trucks only have to reduce their particulates by 85 percent,” she added. “Why are our fire rings held to a higher standard than the thousands of trucks on the road every day?”

After the decision, city of Newport Beach officials spoke about the new regulations. “What’s important today is that AQMD has given the city council tools to address the health issues related to wood smoke, while finding ways to maintain a popular beach amenity,” said Newport Beach Mayor Pro Tem Rush Hill.

“This rule’s adoption today is definitely a compromise,” Hill said, in a statement. “AQMD did not enact a regionwide ban today, and its decision does not mean that Newport Beach will immediately remove all of its fire rings, or even most of them.”

“My guess is that, a year from now, Newport’s beaches will still have some fire rings,” Kiff said. “Some might be in different locations and some might have different fuel sources.”

The new AQMD regulations are scheduled to go into effect March 1, 2014.