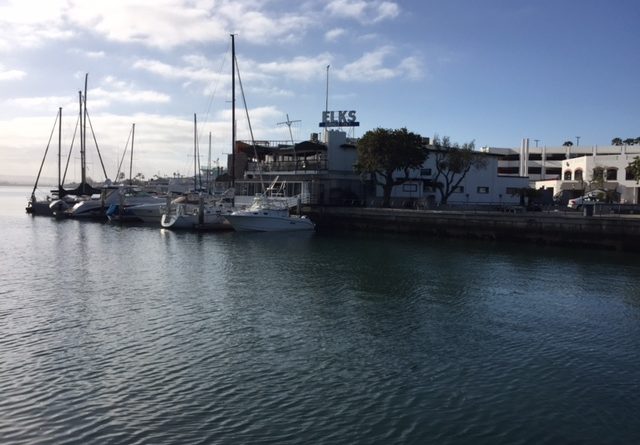 City will pursue $68,000 grant from Department of Boating and Waterways for renovations despite Harbor Commissions recommendation.

NEWPORT BEACH — Newport Beach city officials did not follow the recommendation of its Harbor Commission and decided to accept a state grant to help cover some of the costs associated with the Central Avenue Pier renovation.

Commissioners were split on whether to recommend acceptance of state funds, but narrowly decided against receiving the Department of Boating and Waterways (DBW) grant after a tenuous debate at their March 14 meeting.

City Council members, at their meeting several days later, did not follow the commission’s recommendation.

Newport Beach recently completed the redevelopment of Central Avenue Pier, opening it up to the public in September 2017. Some improvements and modifications, in addition to the Central Avenue Pier project, were made to the area’s surrounding streets. Both projects are now complete.

Commissioner Paul Blank, in an email to The Log, stated although city officials had appreciated the Commission’s through discussion they decided to accept the DBW grant.

On one hand, harbor commissioners were concerned with upholding the integrity of what the project entailed and how specifications would change the overall vision of the project.

The Central Avenue Pier was overfunded from the beginning, according to Blank.

“The contribution from Newport Harbor Yacht Club (NHYC) was more than enough to pay for the pier, gangway and float construction,” Blank said. “Excess funds from the NHYC can and were applied to the Central Avenue Street End renovations and improvement project, which included new lighting, hardscape and paving. The total funds contributed by NHYC were not enough to cover the entire cost of the pier and street end projects.”

NHYC was able to fund a hearty portion of the Central Avenue Pier, which provides boaters with public access to Lido Marina Village. The surrounding plaza and walkways are the city’s responsibility to fund.

“The city is responsible for funding whatever portions of the projects are not covered by grants or contributions from other sources,” Blank told The Log. “In making up that difference, the city applied for a grant from DBW. That grant could be applied to the pier project but not the street end project. If the DBW grant were applied to the pier, more of the NHYC funds could be applied to the street end project. Both projects are complete. The accounting for both projects remains open while the final invoices and sources of fund are settled.”

Another condition of accepting the grant would be declaring a section of the dock exclusively for boats larger than 26 feet. Previously implemented limitations arose as a source of conflict for the Harbor Commission because at Central Avenue Pier a rule decreeing boats shall not dock there larger than 30 feet, meaning now a space for vessels between 26 and 30 feet, only a 4-foot difference, must be offered.

“A requirement of the grant is dedicating/reserving a section of the dock for boats at least 26 feet in length,” Blank stated.

State-granted dollars are never easy to part with and in this instance the money trumped the vision.

Council members Brad Avery and Mayor Marshall Duffield were not available for comment as of press time.

Blank said, “I believe a section of the float (bay ward, east end) will be painted today or tomorrow [March 27 or 28] indicating the spot reserved for boats 26 feet or [larger]. A photograph of the painted float will be sent to DBW satisfying the final open condition of the grant.”