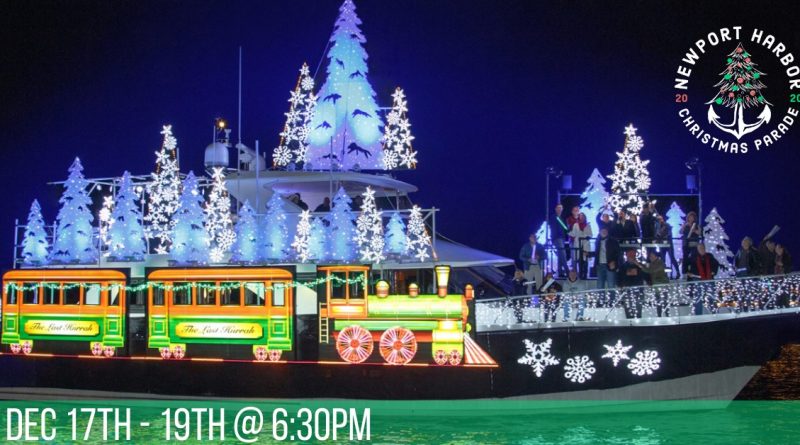 A group of boaters and business owners, with the support of Newport Beach City Councilmember Kevin Muldoon, are planning to host a Christmas boat parade after the official 112th annual event was canceled.

NEWPORT BEACH—A group of boaters and business owners in Newport Beach Harbor have taken the Christmas boat parade into their own hands after the official event was canceled.

The Newport Beach Chamber of Commerce decided to cancel the 112th annual Newport Beach Christmas Boat Parade, scheduled for Dec. 16-20, due to Covid-19 related concerns. As of the time this paper went to press, Orange County was still in Tier 1, the lowest ranking in Governor Gavin Newsom’s four-tier coronavirus tracking and guideline system for re-opening.

“It was our hope that conditions would improve or at least remain static,” Newport Beach Chamber of Commerce President and CEO Steven Rosansky said in a released statement. “However, looking at what is happening across the country, as well as in our own backyard, that is simply not the case.”

A group of nine boaters and local business owners formed a committee, dubbed “We the People,” to organize an “official unofficial” Christmas boat parade to be held for three days, Dec. 17-19, instead of the normal five and running from 6:30 p.m. to 9 p.m., wrapping up before the state-set curfew of 10 p.m. The event will also be live streamed for those wishing to watch from home.

“We’re boaters and we’re pretty active, when we heard it was canceled, we started texting each other saying ‘what are we going to do?’” Caroline Wetherington, a Newport Beach Harbor boater and parade committee member said. “And the first thing we thought was let’s just do it anyway.”

The theme for the parade is “Let Freedom Ring.” By the end of November, there were about 60 boats signed up to participate but Wetherington said they were anticipating about 200 in total. The parade will follow the same route as was planned for the 112th annual Newport Beach Christmas Boat Parade.

“I think this year has been so hard on everybody and there’s been so few things to look forward to, that this is such a blessing,” Wetherington said.

Organizers said the parade will be held in a safe and responsible manner, as outlined by the County of Orange, State of California, and the Federal Government. She said the committee will be encouraging participants to limit the amount of people on their boats. As for the land spectators, she said it will be up to them to social distance and follow other state and local protocols.

The event could be subject to a Marine Event permit from the U.S. Coast Guard under Title 33 Code of Federal Regulations (CFR) Part 100.l5, which requires events being held on or near navigable waters and involving more than 50 participating vessels, to submit an application.

Wetherington said Newport Beach Harbor Patrol is not officially supporting the parade but they are staffing up for the event in order to make sure everyone is safe.

“Many are saddened to hear about the Christmas Boat Parade being canceled, I have here over 250 emails of those who said they want the boat parade to continue,” Muldoon said at the Nov. 24 City Council meeting.

For those wishing to watch the parade from home, a Live Stream video will be available on the following sites: http://NewportHarborChristmasParade.com and https://www.facebook.com/nhxmas