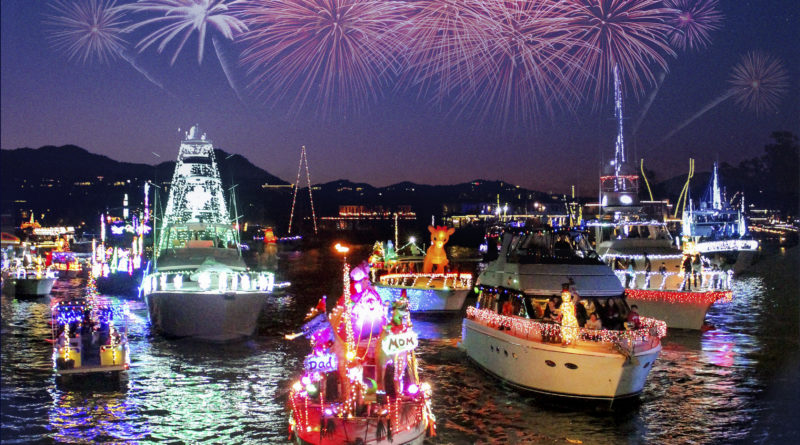 NEWPORT BEACH — The 2018 Newport Beach Christmas Boat Parade, set for Dec. 19-23, will celebrate its 110th year. It is one of the longest-running holiday traditions in the country and recognized by the New York Times as one of the nation’s ten best holiday happenings. Yahoo! Travel also recognized Newport Beach as the second-best city in the nation for holiday lights.

“Newport Beach [will pay] homage to its iconic boating culture through a fleet of wonderfully decorated yachts, boats, kayaks and canoes motoring along a 14-mile course,” organizers said in a released statement.

The Commodores Club of the Newport Beach Chamber of Commerce hosts the boat parade. Boats will start proceeding up and down Newport Beach Harbor at 6:30 p.m. each night; the parade will continue until 9 p.m. and end at the tip of Lido Isle.

A fireworks display at Newport Beach Pier will kick off the boat parade; the show starts at 6:15 p.m. on Dec. 19.

Another fireworks show at Balboa Pier will close out this year’s five-day parade; the finale show will take place at 9 p.m. on Dec. 23.

The Newport Beach Christmas Boat Parade began at the turn of the century when John Scarpa, an Italian gondolier, and Joseph Beek, developer of Beacon Bay, the Balboa Ferry Line, and the principal force in the early development of Balboa Island, started the tradition of lighting boats in the harbor. Now as many as 100 boats participate in the parade.

Serving as the backdrop for the parade is the annual “Ring of Lights.” A marvel all its own, bayside homes and businesses surrounding the harbor display their Christmas spirit and compete for prizes for the best decorations.