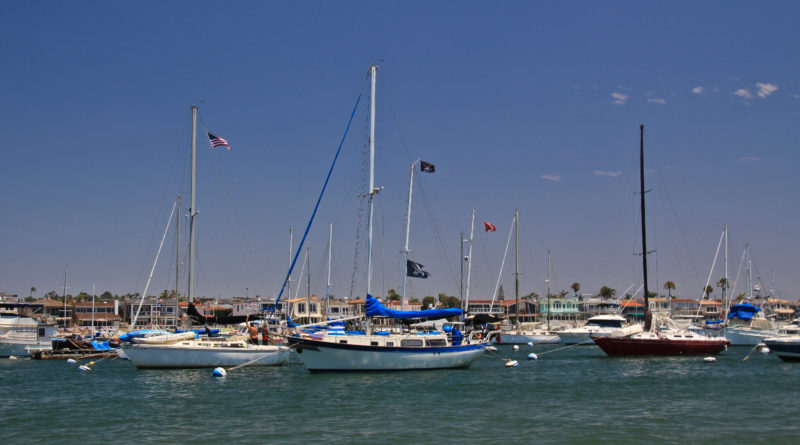 NEWPORT BEACH ― The Turning Basin anchorage is moving closer to a permanent designated area in Newport Beach Harbor on a seasonal basis.

The Newport Beach Harbor Commission agreed to move forward, Oct. 11, with a formal recommendation on the anchorage – with certain conditions –  to the City Council.

The anchorage would be a permanent installment a week before Memorial Day up to a week after Labor Day.

The size of the anchorage would be established by the Harbor Commission. However, the harbormaster would have the ability to make modifications based on larger visiting vessels, regattas and other events.

The recommendation also comes with restrictions in regards to raft ups, noise and lights. Raft ups would be prohibited at all times as well as noise and bright lights after 10 p.m.

The West Anchorage would be the second permanent anchorage in Newport Beach; another anchorage exists between Lido and Bay islands.

The Harbor Commission directed Newport Beach Harbor Resources Manager Chris Miller to proceed with the application and permitting process with the U.S. Coast Guard, as The Log previously reported.

Newport Beach has been testing a public anchorage at the harbor’s Turning Basin since 2015. The anchorage had been offered on a temporary basis during the peak summer season. Adding a second anchorage, most commissioners argued in 2015, would help make Newport Beach Harbor more attractive to visiting boaters.

One concern acknowledged during deliberations in 2015: noise emanating from the second anchorage.

Current members of the Harbor Commission initially contemplated whether to make the second anchorage a permanent seasonal feature in July.

The Turning Basin, in general, has been the focus of increased on-the-water activity in recent years. JetPack America, for example, operated its consumer jetpack service at the Turning Basin for a couple years, complementing the city’s operation of the temporary public anchorage and other watercraft activity in the area.

Some waterfront residents criticized the city for allowing multiple on-water uses at the western end of Newport Beach Harbor.

The Standup Paddleboard Ad Hoc Committee, which consists of Harbor Commission Chair William Kenney, Vice-Chair David Girling and Commissioner Paul Blank, recommended updating a pamphlet on standup paddleboard safety procedures for SUP businesses on the harbor and for the public. 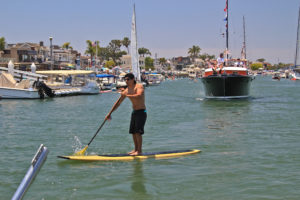 Other proposals included ensuring SUP rental businesses are permitted, have leashed boards, provide the safety brochure and obtain written consent from customers regarding safety measures and the ability to swim.

The leash rule was recently suggestion at a Sept. 13 Harbor Commission meeting.

The proposals were prompted by the July 18 incident in Huntington Beach, where a man, who did not know how to swim, fell off a rented paddleboard and drowned.