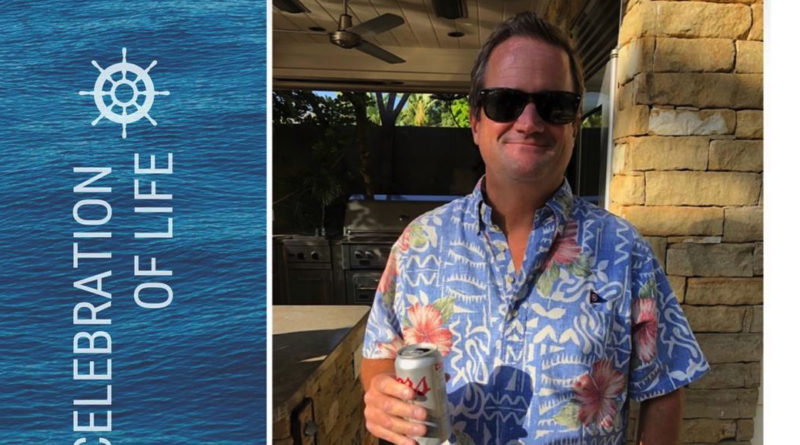 A celebration of life will be held at Newport Beach Harbor Yacht Club, Sept. 9, from 1 to 4 p.m.

NEWPORT BEACH—The Newport Beach boating industry lost an iconic figure and beloved friend, Ryan Eastman. The 47-year-old-year-old died unexpectedly of believed natural causes in his sleep on Aug. 20 while on a business trip in Florida, according to Eastman’s father in-law, Sam Hill. His exact cause of death is pending results from an autopsy.

He leaves behind his wife, Alison, and his eight-year-old son, Sam.

“Whether it was body surfing with his eight-year-old son, he just loved the ocean,” Hill said.

Eastman was a longtime resident of Newport Beach. He went to school at Newport Harbor High School, then graduated from the University of Southern California and went on to earn a law degree, although he never practiced law.

He had been in the boating business in Newport Beach for more than 20 years and grew up boating with his family, Hill said. Most recently, he was a partner in West Coast Yachts, a yacht brokerage business, and partner in Balboa Boat Yard.

“Ryan had such a contagious love of boating,” Gregg Kelly, who is married to Eastman’s aunt, said.

Kelly said not only did Ryan love boating but he also inspired others around him to get into the business.

Kelly said Eastman had at least 15 people calling him their best friend.

“He had that affect on people,” Kelly said.