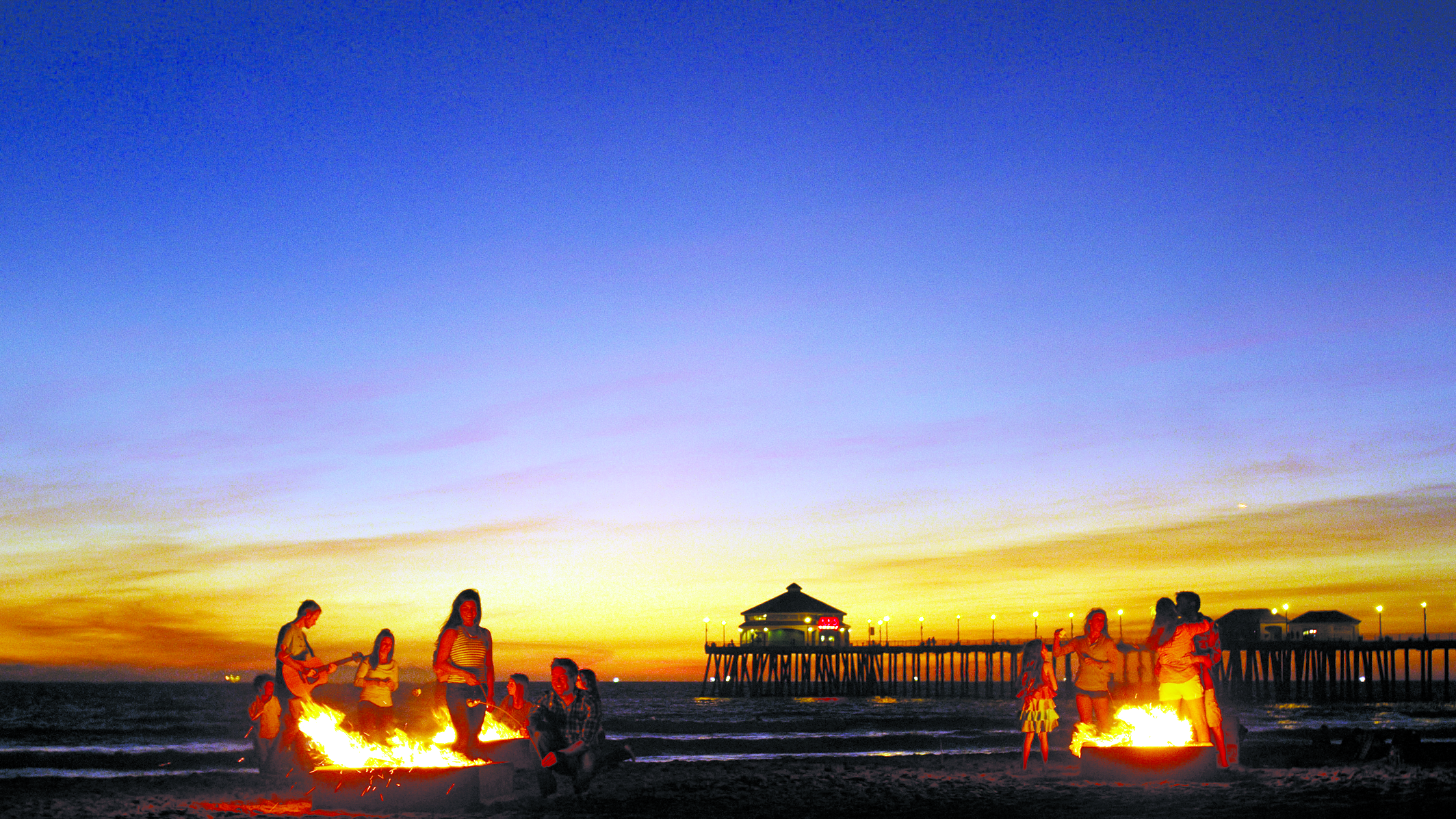 NEWPORT BEACH – To avoid what would otherwise lead to thousands of dollars in fines from the South Coast Air Quality Management District which banned fire pits within 700 feet of homes, the Newport Beach City Council unanimously decided to remove more than half of the fire rings at Balboa Beach and Big Corona State Beach in November 2013. Some of the fire rings that stay will be replaced with alternative-fuel fire pits, fueled by natural gas — as part of a demonstration project. The city will consider alternative fire rings two different vendors: Earth’s Flame in Corona, and Blazing Design, in Essex Junction, Va. If the board moves forward with one of these vendors, they have about $600,000 set aside to design, permit and install the new fire rings.

“The alternative-fuel rings, which look similar to what you might find at restaurants or resorts, utilize either steel or ceramic logs and will be fueled with natural gas,” Newport Beach City Manager Dave Kiff explained.

The World Health Organization has classified particulate matter in the smallest measurable range — less than 2.5-micron-size particles — as a Group 1 human carcinogen.

The South Coast Air Quality Management District’s (AQMD’s) 2013 study of Newport Beach’s fire rings indicated that one fire ring’s emissions of particulate matter equaled that from about three diesel trucks or second-hand smoke from 800 cigarettes. The emission rate for 30 rings is equal to that of a large oil refinery, according to the study’s findings.

The AQMD study also stated that emissions from the beach fire rings not only affect beach-goers, but also extend into adjacent communities with homes near beaches — and that one hour of average emission concentrations can exceed public health guidance levels.

The accuracy of the findings has not been universally accepted by communities outside Newport Beach. Methodology for the study has been questioned — and the AQMD’s plan to regulate beach fire rings throughout Southern California has been protested by many beach-goers who have joined a petition drive, along with several waterfront communities, including Huntington Beach.

At a July 12 board meeting, the AQMD adopted an amendment to its Rule 444, stating that open burning/beach burning is prohibited at high 2.5-micron particulate matter levels, effective March 1, 2014, unless there’s a certain air quality threshold in the area.

The other part of this rule states that if a city or county has declared that designated beach fire rings within its boundaries cause a nuisance due to wood smoke exposure, then those devices may not be made available by a state or local authority, Kiff added.
“In simpler words, if the devices are considered a nuisance, the Coastal Commission could not make those rings stay in place,” Kiff explained. “Just so you know, the Coastal Commission strongly disagrees with this rule.”

Newport Beach is planning to take an active part in a new alternative-fuel fire ring demonstration project, currently being planned in cooperation with the AQMD. That plan is to start with the Balboa Pier area.

The project would reduce the overall number of fire rings citywide: from 60 down to 27 — with 12 at Big Corona and 15 at the Balboa Pier. For those wood-fueled rings, allowable fuel would be limited to natural firewood or low-emission manmade logs.
“Potentially, a vendor could sell these at the beach. It (the regulation) would be appropriately enforced,” Kiff said.

If the first phase goes as planned, the second phase would expand the alternative-fuel rings at Big Corona. If the rings prove both safe and popular, a third project phase would replace more of the wood-fueled rings, Kiff noted. “We want to make sure that the public likes these, because if they don’t like them, they shouldn’t be here.”

Concerns lie in enforcement of the fuel requirements, the safety of alternative-fuel rings, and the maintenance and reliability of the newly proposed rings, Kiff said.

In a letter to the city, the California Coastal Commission has stated that it would prefer there be no net loss in the number of fire rings on beaches — and that the city must analyze all feasible alternatives to eliminating fire rings. It also stated that a Coastal Development Permit will be required for any modification to the type, location and number of beach fire rings.

The AQMD staff made it clear that they believe the city is using the 50-foot spacing requirement incorrectly, saying the minimum distance guideline was meant for more crowded beach areas, such as in Los Angeles County. The AQMD staff further stated that the city would be under penalty for noncompliance with Rule 444 if Newport Beach follows the 50-foot spacing guideline.             After March 1, AQMD advised that the rings should be spaced 100 feet from each other.

“That’s not possible,” Kiff said. “Not only are you causing more of a nuisance with firewood, but you’re also getting in the way of other beach activities. I struggle to see how we could have the rings 100 feet apart without getting into water.”

“I think that this is a three-legged proposal: All three of the legs need to be present,” Mayor Curry said. “Removal of a portion of the rings, the conversion to clean fuel, and the use of alternative fuel rings — that’s part of a package.” He added that the city, the Coastal Commission and the AQMD need to work in unison toward a solution.

“If you’re one of those people that are supporting the removal of fire rings because you want to limit the number of people that can come to our beach, shame on you,” Mayor Curry said. “The fact of the matter is, our beach receives up to 100,000 visitors a day, so the removal of a few rings isn’t going to change anything. This policy is being made to ensure the health our residents and our visitors — and they’re all welcome in our city.”