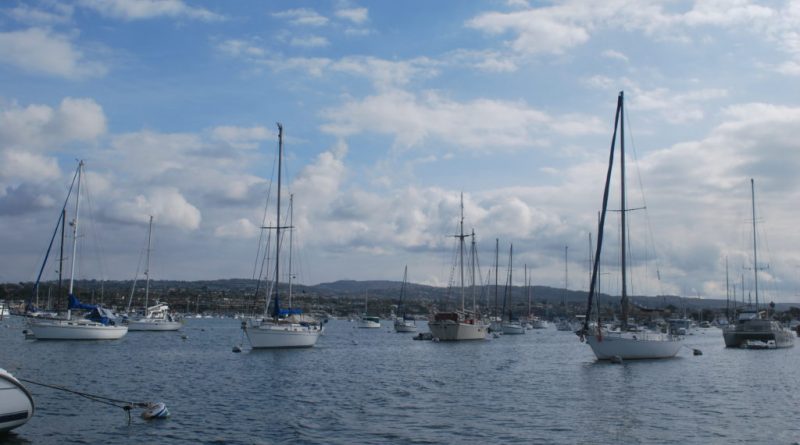 Specific topics within in the Harbor Code, which were a focus during the review process, included liveaboards, public docks, harbor development permits, vessel inspection, number of overnight stays aboard vessels and mooring extensions/appeals.

At the Nov. 13 Harbor Commission meeting, commissioners voted 6-0 (Commissioner Steve Scully was absent) to approve the Title 17 draft, sending it to the City Council for review. A subcommittee made up of commissioners Paul Blank, Bill Kenney and Don Yahn had been working on cover-to-cover review of the code since 2018.

According to a staff report, overall proposed changes were developed to more accurately reflect current practices, provide additional clarification and make improvements so Title 17 is consistent with other processes within the Municipal Code.

Changes to the section dealing with liveaboards included language to reflect that commercial marinas may not assign more than 7 percent of their slips for live-aboard boaters, expansion of the requirements for trash disposal and requirements that liveaboard boats must have a marine sanitation device, proof of a commercial pump out service and be subject to dye tablet testing at any time.

Other revisions to Title 17 included a new section regarding a request to extend a mooring, should permittees wish to place larger vessels at that location. The Municipal Code did not allow for a process to consider such requests so a City Council policy was proposed to provide guidance on implementation of mooring extensions.

The policy would set the procedures and guidelines, including an approved list of maximum vessel lengths by field and row, for any mooring extension request. That policy is still being worked on by the Harbor Commission. A draft of the policy was presented to the Harbor Commission at the Nov. 13 meeting and commissioners voted to make several changes to the wording. Once approved by the Commission, it will also go to the City Council.

The Title 17 revisions also eliminated the code provision allowing a mooring permittee to “loan” their mooring to others free of charge. Instead any vacant mooring would be subject to sub-permit provisions, as issued by the Harbor Department.

Several Balboa Yacht Club (BYC) members wrote letters to the Commission and spoke out at the Nov. 13 meeting seeking clarification for the process for sub-permitting moorings in the BYC field.

“I would like to appeal to you and the Harbor Commission to support me and all other yacht club members and provide an exception for those moorings within the Yacht Club designated fields from the regulations about sub-letting and allowing the city to rent them out,” said Dan Gribble in a letter to the Harbor Commission.

There are 75 moorings in the BYC field, 60 of which are permitted to BYC, 13 are held by yacht club members and the rest by the city. Under Title 17, the harbormaster is in charge of sub-permitting vacant moorings but an exception included states yacht clubs are responsible for managing the moorings under their control.

“There are a small number of what I will describe as city-issued moorings within the Balboa yacht club mooring field,” Harbormaster Kurt Borsting said. “I interpreted those as being under the rules that are assigned to any city-owned mooring.”

Commissioner Kenney suggested allowing yacht club members with a mooring permit in the BYC field to assign their mooring to the yacht club to allow the dockmaster to administer the mooring instead of the harbormaster. Nothing in the Title 17 draft was changed but the Harbor Commission plans to further discuss the subject with BYC.

“I would like to maybe create a little committee to work with Balboa Yacht Club to come up with this alternative,” Kenney said at the Nov. 13 meeting.

The Title 17 draft now goes to the City Council, with the exception of the section dealing with Marine Activities Permits (MAP). That section is being addressed separately.

“There is still significant effort that needs to be expended on this section,” Kenney said at the Nov. 13 meeting.

The commission is still working on issues such as who should be required to obtain a MAP, how many different kinds of MAPs there should be and what should be included. Two public stakeholder meetings were held in October on the MAP section and more are expected.