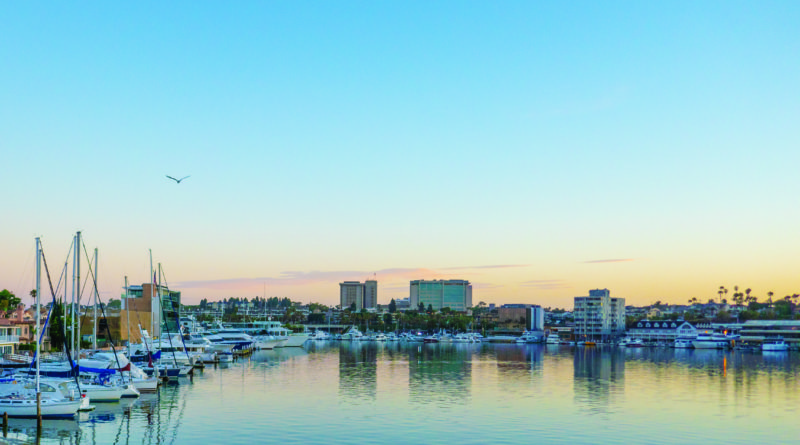 The commercial marina’s plans to reconfigure the layout, which changed from an initial proposal submitted in 2016, has irked some residents of homes nearby.

NEWPORT BEACH—Mess with a Californian’s view of the water, prepare for public outcry. A plan to reconfigure a commercial marina, Newport Marina located at 2888 Bayshore Drive, in Newport Beach dating back to 2016 has drawn harsh criticism from residents in the area.

The city’s harbor commission approved the initial project in 2016, but with suggestions asking the applicant to resubmit. In an unusual twist, however, Newport Marina submitted brand new plans altogether in 2018. City staff, determining the 2018 proposal was a completely different project from the 2016 proposal, were asked to review the latest proposal as if it were new.

In the original plans, Newport Marina had proposed to ingress and egress to the back of the marina by the southern entrance adjacent to a property on Bayshore Drive. The neighbor appealed the plan because of a potential for a boat to drift into the water space. The 2016 proposed project was discussed at length over a series of Harbor Commission meetings.

Instead of resubmitting the project’s plans, Newport Marina sought to address the concerns in a new plan.

According to the staff report, “The new 2018 design addresses all of the concerns raised in 2016 by eliminating a back channel and corresponding access on the south side. The applicant has also proposed that the southernmost finger by an additional 6 inches from the property line as an extra buffer.”

Residents in the homes nearby have complained that the large commercial vessels interfere with views and have also been bothered by the city’s lack of notification concerning the change.

In a letter from Bayshores Community Association, an association that is comprised of 249 residences, dated Dec. 28, 2018, it reads: “It has come to our attention that the Newport Marina was recently issued an Approval in Concept (AIC) to redevelop the marina with a plan that is substantially different from what was approved by the Harbor Commission in 2016. While we acknowledge the marina owner’s right to reconstruct the marina, the City’s lack of notification is troubling. We are informed that the affected property owners in Bayshores also did not receive notice and are appealing the decision to grant the Approval in Concept.”

The letter continued to address concerns for security and large boats of 80 feet impacting views, privacy and causing noise, which was consistent with other complaints received by the city.

Carol Jacobs Assistant City Manager for Newport Beach told The Log in an email on Jan. 18: “We do not have an appeal as of yet. The appellants have until next week [week of Jan.21] to appeal the decision.”

If in the incident the appeal is made after this article has gone to press, then it will be updated online with further information.

To see complete plans and other details of the project, visit newportbeachca.gov.