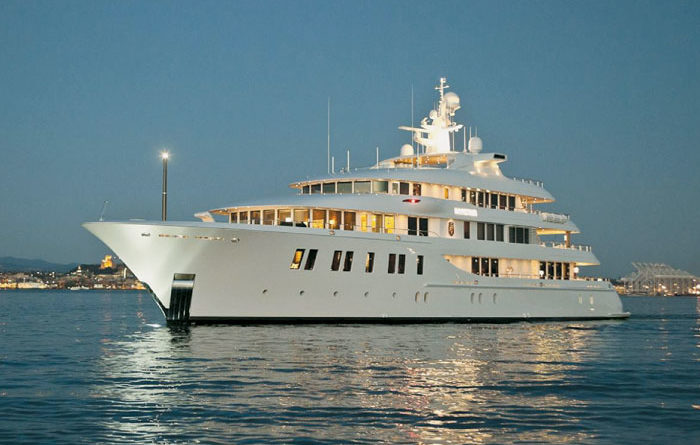 Fee increase would fund the building of permanent moorings.

NEWPORT BEACH — On Jan. 10, Newport Beach Committee of Harbor Commissioners met to discuss the next steps and actions to take in implementing protocol for these large vessels. Matters considered included determining size, anchoring, and permit fees, as well as forming a new committee to settle mooring rates and how larger vessels may affect costs for Harbor Operations Division.

The Harbor Commission’s agenda stated they would “define the requirements concerning larger visiting vessels in the Turning Basin area with specific focus on size, anchoring style and permits.”

Commissioners also discussed whether the fee charged for vessels measuring 80 feet and larger could possibly fund plans to install moorings instead of anchoring.

Large vessels visiting Newport Beach Harbor is a hot topic and somewhat controversial subject matter. On one hand, visitors who are passionate about yachts love to view gargantuan superyachts such as Invictus. On the other, some feel the harbor is not large enough, nor offers the type of amenities for such a large vessel to dock — at least not for long.

“Bring them on,” Duffield told The Log, “There won’t be many because there are not many places to go other than Catalina and once you visit the island a few times it gets redundant. I never get tired of it, but I’m not super rich like owners of superyachts. Some would like us to cater to superyachts, but I say our harbor is too small and we don’t have the supporting businesses to maintain such large vessels. But, if they want to visit I say come on down!”

When asked about large vessels and whether they were considered problematic, Assistant City Manager Carol Jacobs responded, “We welcome larger visiting vessels to Newport Harbor, and we’re happy that we’re developing a program that integrates them in to our harbor while still keeping the concerns of the harbor community in mind. With only a very small handful of requests per year, this isn’t a problem issue.”

Jacobs also stated while the fees have not yet been established the issue could be in front of the City Council at some point this spring.

“Permitting and fees for larger vessels is still a work in progress for the city,” Jacobs said. “We’re hoping to address this at the commission level around April, then council shortly after that.”

While it doesn’t appear that larger vessels will be completely off the maps in Newport Beach Harbor any time soon, owners of superyachts should prepare to spend more money on mooring fees as well as see certain regulations concerning anchorage in the future.