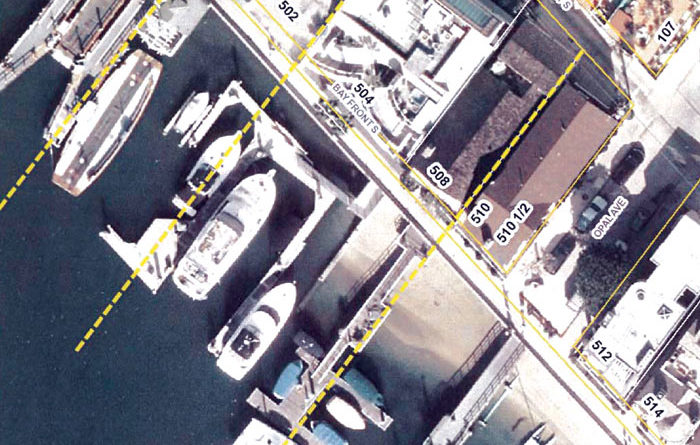 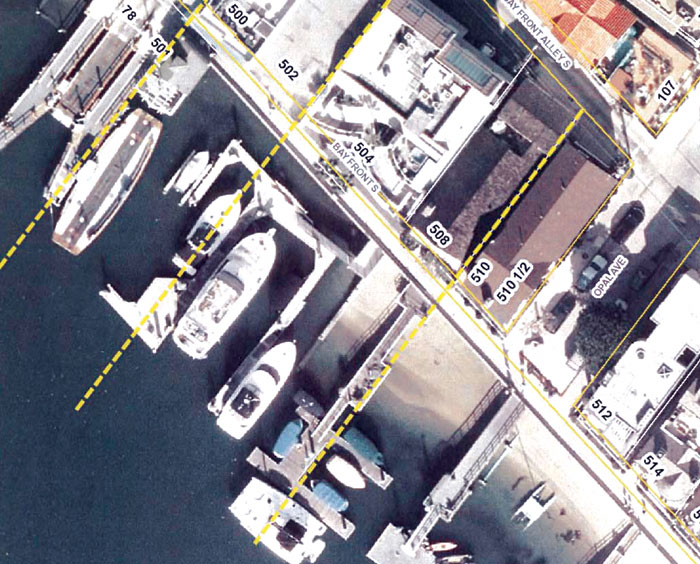 NEWPORT BEACH — Discussion about whether a private dock should be allowed to partly cover a neighboring property, at a Newport Beach City Council earlier this month, resulted in the property owner at 508 South Bay Front on Balboa Island issuing a letter to the city, in an attempt to correct “misrepresentations” allegedly made by speakers at the meeting and “set the record straight.”

During the city council meeting, a speaker who owns the dock that Vallely’s pier encroaches upon said Valley applied for a business license to run a boat rental company.

In the letter, Vallely’s counsel contends that “contrary to the repeated representations of the adjacent property owner and her attorney, the Vallely dock is not an illegal structure or use. Second, Vallely has not applied for a new business permit and has not expanded or changed the 75-year use of the dock.

Vallely recently renewed the license as required, by paying the annual fee, and put the license in his trust’s name.

“There is no application for a new license. Nothing has changed with the respect to the dock or its use,” according to the letter.

Council members were presented with the option to change the city’s current pier permit transfer ordinance. Currently, the majority of piers in the harbor are transferred by the city’s Harbor Resources office — however, the Harbor Commission must consider the approval or denial for the few pier permits, such as the Vallely pier, that encroach on neighboring properties.

A rule change, which was delayed by the city council, would take the Harbor Commission out of the equation and allow Harbor Resources staff to either deny or approve a permit when transferring “between family members or entities owned/controlled by the same person,” according to staff reports.

According to the letter, Vallely’s parents owned and lived at the property for more than 75 years. Vallely’s trust became the owner of the property after his mother’s passing in 2012, when he subsequently applied for a transfer of the commercial pier permit, held in the name of his parents’ trust, to his trust.

“There is nothing more to the application: It is simply a request to change the name on the commercial pier permit, following the parent/child transfer,” the letter states. “ Under the current ordinances, the Harbor Resources manager took the position that Mr. Vallely must go through the process of applying for a new commercial pier permit.

“Mr. Vallely disputes this interpretation and is prepared to file a writ in Superior Court to compel the transfer,” the letter states.

Several city council members agreed with the ordinance changes, but Councilwoman Nancy Gardner said the changes are unnecessary, given that the current procedures have been working without problems.

“I don’t see why we don’t continue to follow the procedures we have here, where it goes to Harbor Commission and gets a full hearing,” she said.

A decision was delayed until a Sept. 10 meeting, when staff members will return with revised language on a permit holder’s ability to increase use of a commercial dock — which was a concern of many speakers at the council meeting.