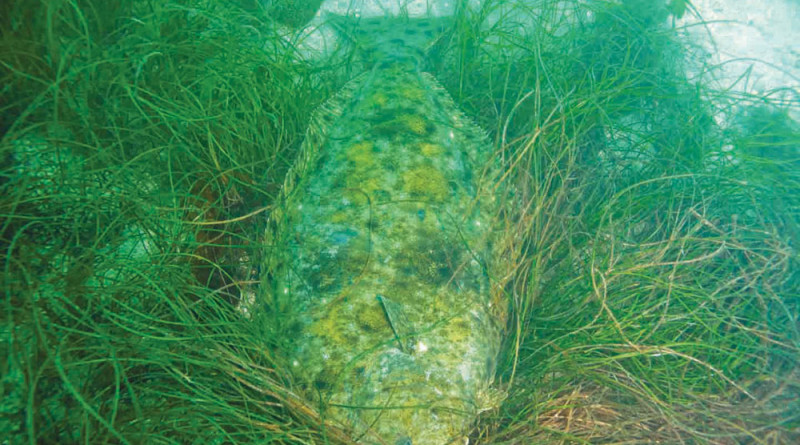 NEWPORT BEACH — The city of Newport Beach ended 2015 with a welcomed present from the U.S. Army Corps of Engineers.

The federal agency officially granted Newport Beach a permit to allow the city to balance harbor dredging with eelgrass management requirements. It is rare for a municipality to maintain primary oversight over eelgrass management.

City officials said the Corps of Engineers issued the permit in late December 2015.

Regional General Permit 54, or RGP-54, will give Newport Beach authority to conduct small-scale maintenance dredging under and adjacent to commercial, private and public docks, floats and piers within the city’s harbor.

“The permit also allows the use of suitable dredge material to replenish certain bayfront beach areas. Most importantly the new permit allows regulated impacts of eelgrass – a critical and protected component of the marine habitat,” city staff stated.

City officials said RGP-54 helps make the dredging process in Newport Harbor more efficient and streamlined. Before the permit was revised, homeowners who wanted to dredge under their private docks had to obtain their own dredging permits from state and federal agencies before being allowed to do work on their floats or piers. The process was made more complex whenever eelgrass was found nearby, as the property owner incurred additional costs to implement a site-specific replanting or eelgrass mitigation measure.

Newport Harbor is home to about 1,200 small docks, according to city officials.

“Over time, the buildup of sediment can limit the use of those docks to the point where the docks are unusable unless dredging occurs,” city staff stated.

The issuance of RGP-54 allows Newport Beach to work with environmental agencies and consultants to develop an Eelgrass Protection and Mitigation Plan to manage the harbor’s dredging and flora holistically instead of project-by-project. City officials will enforce compliance of eelgrass mitigation, perform surveys and collect data.

“The issuance of the Regional General Permit is a huge accomplishment for the city,” Said Newport Beach Mayor Diane Dixon stated. “It required a collaborative solution among six regional, state and federal agencies over eight years to approve this innovative permit, which will allow more small dredging projects to get done on a regular, ongoing basis while effectively protecting eelgrass in a way that’s much less burdensome to residents.”

The city spent 12 years funding studies to document and understand the abundance and distribution of eelgrass in Newport Harbor.

Former Newport Beach council member Nancy Gardner was one of the biggest proponents of RGP-54, telling the Coastal Commission at its June 2015 meeting the issuance of the permit was “a good plan.” Gardner helped Newport Beach guide its dredging and eelgrass plan since its infancy in 2003.

“It really balances the harbor needs with the environmental needs,” she told commissioners about seven months ago. “I think we can turn boaters, who currently look at eelgrass as the nemesis of their lives because they can’t dredge … and turn them into friends of eelgrass.”

City, state and federal officials will revisit RGP-54 at the end of the trial period to determine the program’s impacts. Other cities and harbors could pursue similar dredging and eelgrass programs should RGP-54 prove to be successful.

Program information and permit applications will be available online at newportbeachca.gov/harborresources.