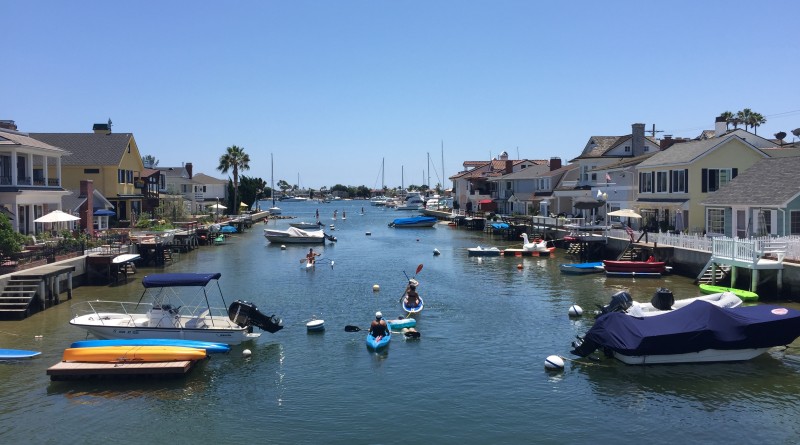 A second phase of dredging for Newport Beach’s Grand Canal is in jeopardy as city officials failed to find an affordable option to move forward.

Second phase of maintenance project will be re-visited later.

NEWPORT BEACH — Dredging Newport Beach’s Grand Canal will certainly cost a fistful of dollars, but a bid to complete the maintenance project for a few dollars more has the city reconsidering it plans.

The Newport Beach City Council rejected the sole bid submitted to complete the second phase of a planned dredging of the Grand Canal, Aug. 14. Rejecting the bid means city officials won’t be in a standoff with the sole bidder. The city will instead review and re-advertise its bid for dredging vendors at a later date.

Newport Beach split the Grand Canal dredging project into two phases, with the first segment completed in February 2017. The city began the process for phase two, but only one bidder responded to the project and proposed a contract amount outside of Newport Beach’s budget.

“Staff only received one responsive bid, which was substantially higher than the Engineer’s Estimate of $990,000.00,” city staff stated in a report to council members.

Associated Pacific Constructors, the sole bidder, submitted a bid amount of $1,389,000. Dredging the Grand Canal, according to a city staff conversation with the bidder, is logistically challenging, hence the higher bid amount.

“[City] staff’s follow-up phone call to the low bidder indicated that the restrictive access to the Grand Canal, multiple handling of the material, and long hauling distances, from the Park

Avenue Bridge to North Bay Front, resulted in the higher than expected bid,” the report to council members stated.

Splitting the remainder of the dredging project into multiple phases to help manage costs was not a feasible option, according to city staff.

“City staff discussed the possibility of separating the project into two phases, but concluded that this would result in double the cost for relocation of boats and moorings; more importantly, it would create twice as much disturbance to the community,” the council member report explained.

Newport Beach will now look to re-scope the project and re-advertise the bid at a later date. City staff will also look into low-cost, permit-complying alternatives to attract a bid within budgetary requirements.

Phase 1 of the Grand Canal dredging project began in December 2016 and was completed about eight weeks later; Associated Pacific Contractors was the vendor on the first phase, which cost $379,545.