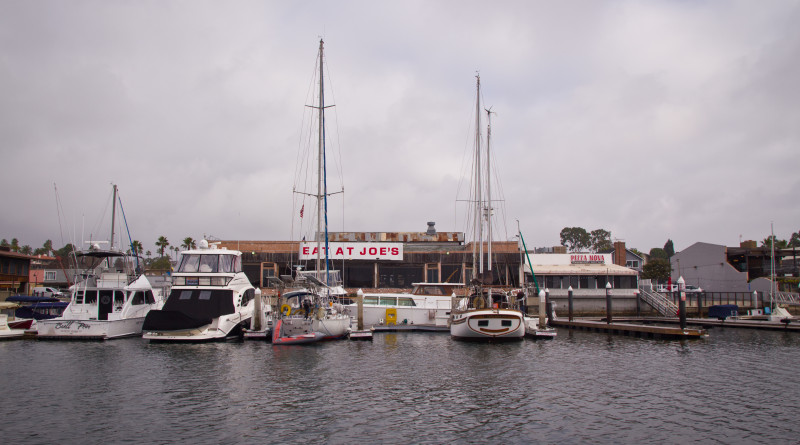 NEWPORT BEACH ― Newport Beach residents expressed their discontent to city officials at a recent public workshop regarding proposed changes to Mariners’ Mile, a 1.3-mile zone of Coast Highway. The current plan outlines strategies to alleviate automotive congestion and encourage pedestrian movement for the area but eliminated the idea of any particular theme.

Residents expressed their disappointment to hear the idea of a nautical theme for the locale being disregarded, demanding to know why the design would not be implemented.

Buildings along Mariners’ Mile are no longer nautical, according to Newport Beach city staff.

“When we look at the entirety of the buildings within the area, there is less than four or five percent that might qualify for that today,” city staff said during the workshop. “What’s going to be more important, rather than establishing a theme, is establishing principles and guidelines for building size and mass.”

Clusters of buildings providing corridors to view the harbor, fronts of buildings facing Coast Highway, and landscaped public plazas for the community to socialize are ways the city hopes to convert Mariners’ Mile into a village-like and pedestrian friendly area.

Harbor frontage improvements with an extended boardwalk as well as “public docks and dock-and-dine opportunities have been identified as a priority” but “are only conceptual” at this time, Newport Beach Planning Division Associate Planner Markana Nova told The Log.

City staff added the city hopes to improve traffic flow through Mariners’ Mile. The plan is to expand Coast Highway to six lanes. Currently, the road consists of four to five lanes between Dover Drive and Newport Boulevard.

Residents voiced their disapproval about expanding Coast Highway and changing the infrastructure. Some residents were opposed to drawing more automobiles or people to the area.

“We built a city around a highway that is a roadway that is supposed to be six lanes. We are going to build a six lane facility,” Public Works staff responded.

The conceptual plan also includes replacing street parking with a public parking structure, building a bridge for pedestrians to cross Coast Highway as well as providing alternative routes for bike lanes to go through residential streets such as Avon.

“This is massive, what you guys are doing, not little stuff. The bridges cheapen Newport Beach. Parking structures are ugly,” a Newport Beach resident admonished as other residents applauded to show their agreement with his statements.

City staff responded by saying the intent is to make roadways more pedestrian oriented not just on Coast Highway, but also residential areas like Avon.

Residents from Newport Heights objected to the idea of diverting traffic and adding bike lanes to an already narrow residential street.

However improving traffic flow through this area is not only an objective in this particular plan but also in Newport Beach’s General Plan, city staff pointed out to the workshop attendees.

The plan is also in line with the Newport Beach Harbor Commission’s goal of making the harbor a more welcoming destination.

This is the third workshop city officials have held for the community in the last year. Nearly 60 percent of the attendees have been to the previous workshops.

“The first two workshops focused on getting the community’s feedback and input on what types of ideas and concepts might work best for Mariners’ Mile. Now we are the point where we are trying to develop the plan,” Nova stated.

The first nine months of the revitalization process focused on city staff and stakeholders collaborating to develop a master plan for Mariners’ Mile.

This is not Newport Beach’s first attempt to revitalize Mariners’ Mile. The city hosted other planning workshops in 2014. However the proposals suggested by a hired consulting firm were not incorporated into city plans. The future of Mariners’ Mile was in flux again when Don Haskell passed away in December 2015, and Ardell Investments sold its yacht brokerage holdings on the 1.3-mile stretch of Coast Highway.

Efforts to revitalize such a crucial part of the city is a long process and not without residents feeling apprehensive about the potential changes. As one elderly homeowner expressed his dismay about altering the street he lives on, city staff pointed out the possibility of nothing changing for 20 years implying it may not happen in his lifetime. Another resident stood up and protested the proposed plans which she feels would affect not just her home but the place where her children and her grandchildren reside.

Details on the Mariners’ Mile Revitalization Plan and the PowerPoint presentation at the Jan. 26 workshop are available online at bit.ly/2kwsuCZ.