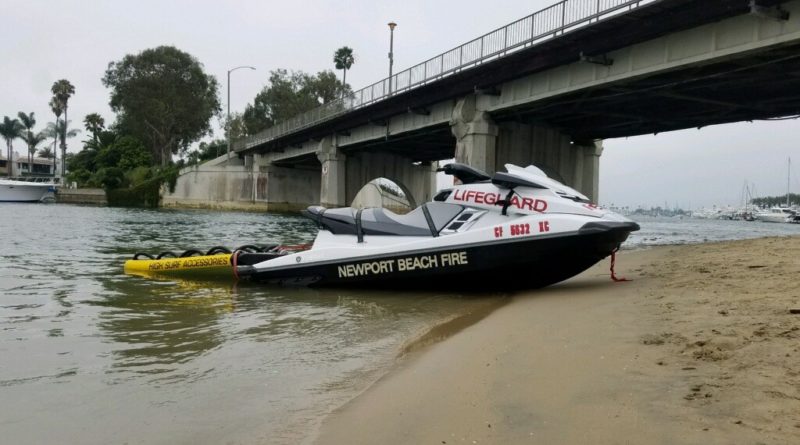 To enforce the rise in bridge jumping activities, city lifeguards have been posted to Lido Bridge through Labor Day. Bridge jumping in Newport Beach is prohibited by law.

City lifeguards stopped more than 200 jumpers in a span of two weeks after Costa Mesa man caused $10,000 worth of damage, harmed woman in prank.

NEWPORT BEACH — There is no doubt self-made stunt videos have been on the rise over the last 20 years or so. Some of us watched the shenanigans of popular (and often times ill-advised) stunts of “Jackass” stars like Steve-O and Johnny Knoxville. The advent of YouTube in 2005, meanwhile, created a new platform for people to show off. Video streaming services can be much privy to positive information, but one YouTube-posted video, in particular, led to capturing the assailant of a criminal prank.

The criminal prank was one of many occurrences in Newport Beach, where “bridge jumpers” have targeted local bridges, such as Lido Bridge, over the years. One such jumper, a 27-year-old man from Costa Mesa, recently ended his burgeoning stunt-doing career early after he jumped off a bridge onto a Duffy rental boat, injuring a 66-year-old woman and doing upwards of $10,000 of damage to the boat.

How was the jumper caught? It turns out the event was recorded and uploaded to the jumper’s YouTube account through, which the Orange County Sheriff Department (OCSD) later viewed to narrow down the suspect.

The jumper’s actions – and the phenomenon of bridge jumping as a whole – was an agenda item at the Aug. 8 Newport Beach Harbor Commission meeting. Several news media outlets have since covered the issue.

Some actions have been implemented to deter bridge jumpers, such as posting additional signage to remind visitors jumping bridges is enforced and increasing lifeguard presence at locations that have been known jumping destinations. Newport Beach city law decrees bridge jumping is illegal and taken seriously as it can be dangerous.

City staff reported 231 jumping incidents had been intervened in a span of two weeks from the end of July to beginning of August.

An update of the event was posted on OCSD Harbor Patrol’s official Facebook page at 3:45 PM on August 3:

“It was just a matter of time. You can jump, but you can’t hide!! Here is the press release from our PIO about the arrest of the suspect who jumped off the Lido Bridge and injured a passenger on a small boat.”

The Orange County Sheriff’s Department on Friday, Aug. 3, arrested the 27-year-old-man suspected of jumping off Newport Beach’s Lido Bridge and landing on a passing vessel, injuring a 66-year-old woman.

OCSD Harbor Patrol responded to the incident at approximately 2:10 p.m. on July 24. A video capturing the incident was posted to YouTube July 25.

The case was assigned to OCSD investigators July 31, and their diligent work led to Friday’s arrest. Costa Mesa resident Cody Green was taken into custody outside his home at approximately 12:15 p.m. He was booked in the Orange County Jail on suspicion of assault and felony vandalism.”

The Log reached out to the OCSD for further comment but it was not available at the time of press. At the time of the Harbor Commission meeting, it was thought the Costa Mesa jumper was still in custody and had not yet been released on bail.

Boaters in the area are advised to be cautious of jumpers.