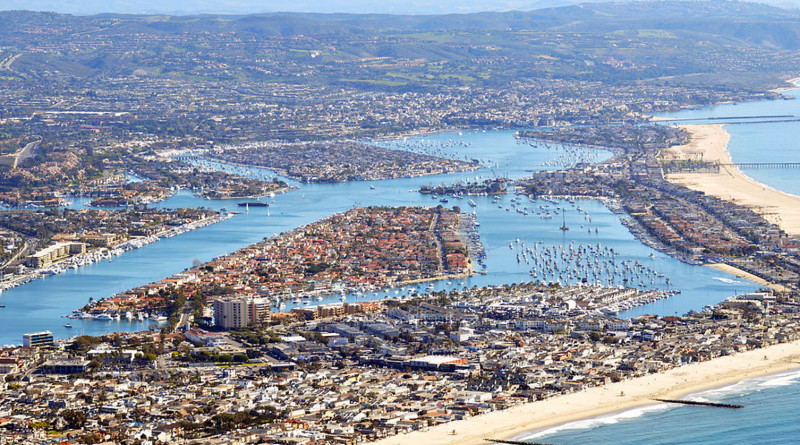 NEWPORT BEACH — The Regional Water Quality Control Board (Water Board) hopes to establish an aggressive copper reduction plan for users of Newport Beach’s harbor, potentially requiring boaters to limit how much of the metal could be used on their vessels as part of a Total Maximum Daily Load (TMDL) initiative.

About 40 people attended a July 23 scoping meeting at Newport Beach City Hall to provide input on a TMDL plan to reduce copper sediment in Newport Harbor by 83 percent within 15 years. Most of those in attendance were representatives of boater advocacy groups, government agencies and yacht clubs, such as Cal Boating, Dana Point Harbor, Marina Recreation Association, Newport Beach Harbor Resources, Orange County Coastkeeper and Recreational Boaters of California.

Linda Candelaria, an environmental scientist with the Water Board, hosted the scoping meeting and said the agency wants to take preventative measures to ensure Newport Bay and other harbors are not negatively impacted by copper or other metals (such as zinc). The Water Board seeks to reduce the amount of copper in Newport Harbor from an estimated 36,000 pounds per year today to 6,000 pounds per year within a decade-and-a-half.

“Copper is the biggest issue. We want to maintain a healthy ecological system. Our job is to protect this waterbody and ecosystem,” Candelaria said, adding the biggest sources of copper dissolving into the water of Newport Harbor are recreational and commercial boats. “We don’t want to wait until dead fish are floating around.”

Still, most people in attendance had many questions. How those questions would be answered could evolve depending on whether the proposed TMDL plan is tweaked or altered as it makes its way through the public process.

It became apparent at the scoping meeting one element of the proposed TMDL plan could dramatically alter its tiered goals.

The initial proposal recommends Newport Harbor reducing its copper content by 20 percent within three years of the plan’s approval, then 50 percent by the seventh year. At year 11, Newport Harbor must have reached 70 percent copper reduction. The 83 percent reduction must be achieved four years later.

However, Chris Miller of Newport Beach Harbor Resources and Kevin Ketchum of Marina Recreation Association both pointed out the plan’s goals are based upon copper deposits from 10,000 boat slips in Newport Harbor. The amount of copper in the water directly correlates with the number of boats in the harbor, Water Board officials and meeting attendees implied.

A 2011 survey of slip rates in Newport Harbor accounted for 2,166 boat slips at 21 marinas. Ketchum estimated there were about 6,000-some recreational boats in the bay. Miller added dinghies, kayaks and stored boats all contribute to the total number of vessels in Newport Beach.

Accordingly, if there are not 10,000 slips in Newport Harbor, the estimation of 36,000 pounds of copper exists in the bay’s waters in a one-year period might not be accurate, some said.

Candelaria and other Water Board staff responded the goal would still be to limit the annual copper content to 6,000 pounds. The timeline to reach the 6,000 pounds per year limit might be accelerated if the estimated amount of copper currently in the water is actually less than 36,000 pounds per year.

Other questions asked was whether alternative or non-toxic hull paints are actually working, if the science behind the Water Board’s proposed restrictions were accurate and how cost prohibitive the copper restrictions would be on boaters.

Ketchum said boaters want to help but there should be site specific studies to measure how much copper exists in the water and determine whether any action is needed. Site specific TMDL programs are possible but would need to be approved by the Environmental Protection Agency (EPA).

Another concern: boaters might leave a harbor with strict TMDL standards or quit boating altogether.

John Marshall, vice commodore of the Association of Orange Coast Yacht Clubs, questioned whether copper is the culprit of polluted waterways. He said studies conducted in the European Union showed copper is not a cause for concern but instead environmentally safe. Requiring boaters to use non-toxic hull paint would be a burdensome cost to bear, Marshall also opined.

All the Water Board could do, Candelaria said, is to tell a harbor it must reduce copper. The Water Board cannot mandate requirements or instruct a harbor how copper levels must be reduced.

EPA requires the state’s Water Boards to be bound by the California Toxics Rule (CTR), which establishes numeric water quality criteria to address and respond to pollutants such as copper.

A study by Orange County Coastkeeper and the Regional Water Quality Control Board in March 2014 and reporting on metal sediments in Newport Bay can be viewed at bit.ly/1HOY6I1.

The final plan must be approved at a Water Board hearing and then by the EPA before taking effect.