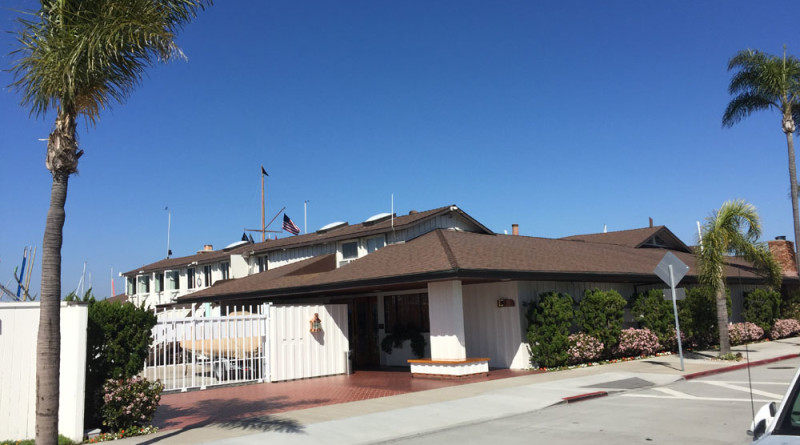 SANTA MONICA — Newport Beach’s oldest yacht club has pledged $350,000 to fund the city’s newest piece of infrastructure. Call it the latest iteration of a public-private partnership.

What started off as a plan to update aging facilities at Newport Harbor Yacht Club turned into an opportunity for the club to work with the city in building new infrastructure granting boaters and the public at-large access to the water.

The California Coastal Commission approved plans to upgrade Newport Harbor Yacht Club’s clubhouse on Balboa Peninsula, which opened in 1919 and has been susceptible to constant flooding, on March 9. The commission approval came with 21 special conditions, including the implementation of public access improvements, submissions of various plans, limitations on future membership expansion, conducting of pre- and post-construction eelgrass surveys, and ensuring the club allows non-discriminatory access to the tidelands.

The requirements for public access improvements included a special condition for the yacht club to pledge financing to the city of Newport Beach to help pay for a planned public pier at Central Avenue and near Lido Island Village on the harbor’s Turning Basin.

Newport Harbor YC announced its membership would pledge $350,000 to the city to help pay for the public pier; the funding would, potentially, cover all the construction costs. City Hall was prepared to set aside more than $400,000 had the yacht club pledged minimal or no funding for the pier.

Zach Rehm, a program analyst with the Coastal Commission, said the Central Avenue Pier proposal would promote recreational boating and fishing activities in Newport Beach, making it an ideal project for Newport Harbor YC to satisfy its public access condition.

“Newport Harbor YC has worked with the city of Newport Beach and with commission staff to identify two areas where the yacht club could improve public access and recreation,” Rehm said. “Both the [yacht club] and the city of Newport Beach have indicated that the Central Avenue location would be the most beneficial to the public because of its central proximity, the availability of public parking … and the proximity to recreational and retail business that serve coastal visitors.”

The public pier could be used to connect boaters to local businesses. Boaters would be able to dock at the pier for up to three hours, for example, and patronize nearby restaurants or the local movie theater.

Interestingly enough, a suggestion was floated at a Newport Beach Harbor Commission meeting in January to prohibit anglers using the pier for fishing activities.

“We do think [the public pier] is a good alternative. It is in an area that’s served by public services and amenities and would accommodate a greater amount of the public than anything near the yacht club,” said Coastal Commission Deputy Director Sherilyn Sarb, who added the yacht club’s funding of Central Avenue Pier fully satisfies the agency’s standards for public access to the harbor.

Sherman Stacey of Newport Harbor YC said the club reached out to the city about the Central Avenue Pier plans and offered to assist with the project to maintain public access to the harbor.

“It allows a public location in an underserved part of the harbor. The public does not have any locations in this area of the harbor to reach the water,” Stacey said.

The yacht club also agreed to other conditions in exchange for building its new clubhouse, including maintaining the same footprint as the 97-year-old structure, maintain its membership capacity at 1,200 people, and making fencing and signage improvements along 8th Street, where a public right-of-way and coastal access exists

Newport Beach will submit a separate Coastal Development Permit for the Central Avenue Pier project within the next few months, Rehm said.

The new clubhouse would be about 4,000 square feet larger than the current building, despite occupying the same footprint, and be consistent with the Coastal Commission’s plans to address potential sea level rise.

Rehm added Newport Harbor YC pays an annual fee to the city to oversee a portion of state tidelands adjacent to the club; the most recent reported fee payment was in 2014, when the yacht club paid Newport Beach $135,000 for tidelands oversight.

Newport Harbor YC is located at 720 West Bay Ave. in Newport Beach; the club was founded in 1916, three years before it moved into the current Bay Avenue building.