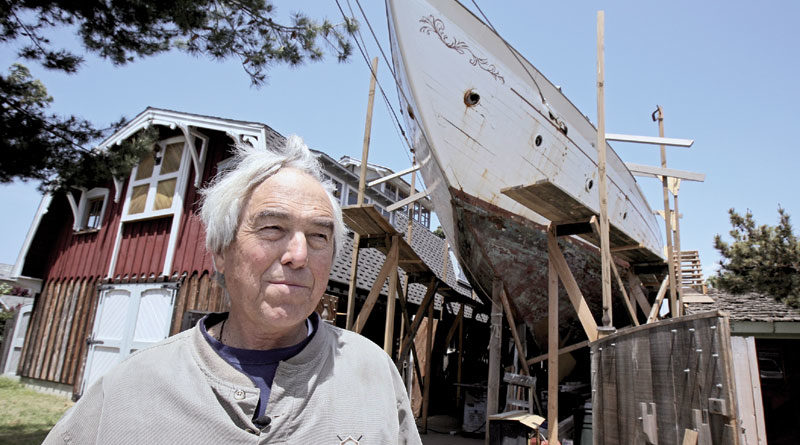 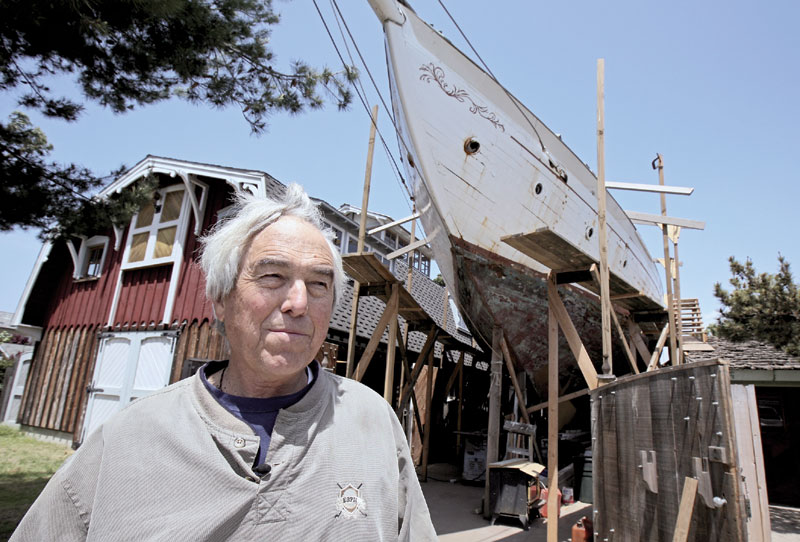 NEWPORT BEACH — After years of dispute, shipwright Dennis Holland and the city of Newport Beach came to an agreement April 27 on the future of Shawnee, a historic 72-foot wooden ketch that has been under re-construction at Holland’s Newport Beach home since 2006.

The agreement came at nearly the last possible moment for Holland, who was due in court April 30 for a trial that could have led to large fines and possible jail time for the project’s alleged violations of city construction and boat storage codes.

“It was getting near the end there, and I just wanted to settle it,” Holland said. “I was getting nervous, and I made a drastic decision to just go down and talk to the city attorney.”

After the meeting, Holland and the city came to an agreement that gives Holland 120 days to either remove the 1916-vintage vessel from his property or disassemble it and store it in a manner at his residence that conforms to the city’s current codes, out of the view of the public.

With the plan approved, Holland said he is excited to begin working on the vessel once again after taking off most of the last 18 months to fight the city — even if he has to disassemble the vessel before restoration work can begin.

“I’m going to take her apart, number everything and put her back together in the backyard,” Holland said. “It might take me a bit longer, but the idea is to rebuild her — and this way, everybody’s happy.”

The boat has remained in view of neighbors — between Holland’s house and a restored barn along Holiday Road — with the bow of the ship jutting out toward the street and its stern just inches from a neighbor’s backyard wall.

In 2006, the city signed off on the vessel’s storage location at Holland’s home, but 2009 changes in the city’s municipal code now prohibit long-term residential construction projects and impose boat storage size limitations. Those changes put Shawnee in violation of codes, leading to city fines and eventually a court case.

Holland had argued that his project, started years before the new city regulations were imposed, should not have been subject to those codes.

Over the years, the boat has gained support from many locals who hoped to see the historic vessel restored by a master craftsman. However, the project also drew numerous complaints from neighbors who viewed the wooden boat as an “eyesore” or “hazard.”

“The settlement was basically the relief we were seeking, in the action,” said city attorney Aaron Harp. “It also gives him (Holland) a reasonable time period to either move the boat or disassemble it.”

But while the city was pleased with the agreement, Harp said that Holland’s plan to reconstruct the ship in his backyard could run into the same code issues that led the city to pursue legal action in the first place.

Height restrictions, along with front and rear side setback requirements could doom the project before it begins, Harp said.             “There’s a whole variety of municipal code provisions that he’d have to comply with,” Harp said. “But in our take, looking at doing it in the backyard where he has planned, we didn’t think he’d be able to do that in conformance with the code.”

But Holland believes it can be done, and he is working on ways to hide a 72-foot boat.

“If I was to take it all apart and move it a piece at a time, I’d only need four-inch blocks underneath it instead of the three-footers that are there now — and it would be as low as my house,” Holland said.

In addition, he said the current roof that has been constructed over the vessel would not be used in the backyard arrangement, and he has already planted two trees to help screen the vessel from neighboring houses.

The one-time flagship yacht of San Francisco’s St. Francis Yacht Club has been gutted, with Holland removing the rotted planks and frames from the hull in preparation for completing the restoration.

“By taking every bolt out of her, I’ll be able to polish each bolt and check each timber, and it will be a really nice boat this way,” Holland said. After disassembling the yacht, Holland expects the rebuilding process to take about 18 months before restoration can once again commence.

Once Shawnee’s hull is completed — still years away — Holland said he plans to launch the vessel and have her “swell up tight” for six months on the water while he constructs the spars at his residence.