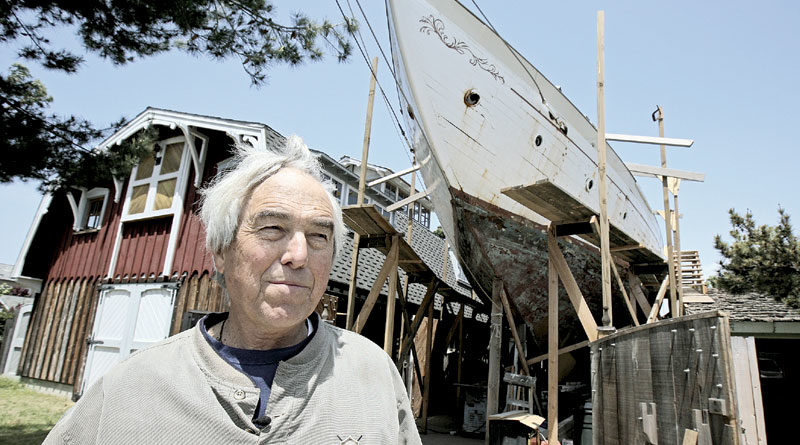 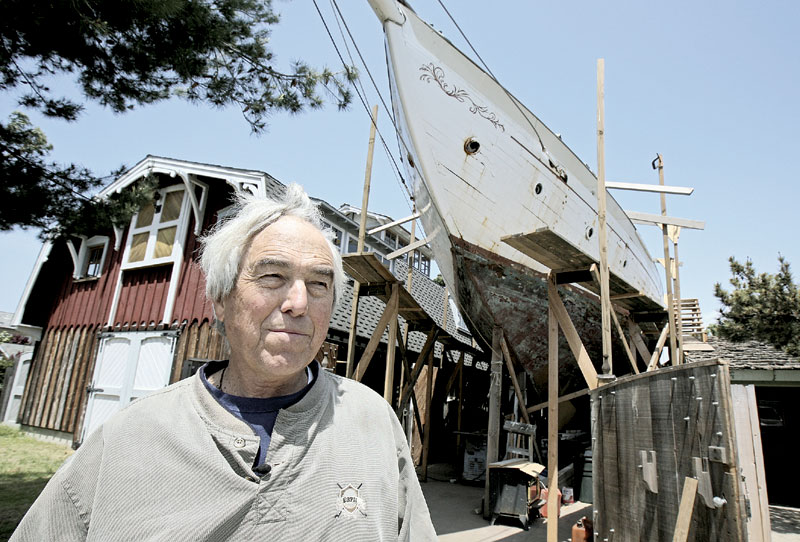 NEWPORT BEACH — After more than five years working to restore a 1916-built ketch named Shawnee, shipwright Dennis Holland has been ordered to remove the vessel from his yard at his Newport Beach home.

The preliminary injunction was issued by Orange County Superior Court Judge Gregory Munoz March 1. It gives Holland until April 30 to remove the 72-foot wooden boat from his property — or face fines of up to $1,000 per day and possible jail time.

The ruling marks just the latest turn in an ongoing battle between the city of Newport Beach and Holland regarding the 96-year-old wooden vessel. Since its 2006 arrival in Holland’s side yard on Holiday Road, the boat has been seen by some as a nostalgic reminder of Newport Beach’s long boatbuilding heritage, and by others as a nuisance and an eyesore they say does not belong in a residential neighborhood.

While the city initially permitted the boatbuilding project, the Newport Beach City Council changed the city’s municipal code in 2009 to impose time constraints on long-term large construction projects, maintenance projects and “the parking or storage of certain vehicles and watercraft in residential districts.”

Holland and others have charged that the city council passed the ordinance specifically to curtail Holland’s Shawnee renovation project, which had already been ongoing for three years in 2009. The ordinance cannot be enforced retroactively, Holland said.

Shawnee marks Holland’s second large-scale boatbuilding project at home, as he worked on and completed the 118-foot tall ship Pilgrim (now Spirit of Dana Point) over a 12-year period at his previous house in Costa Mesa.

Holland said he believes the issue was brought up by a neighbor adjacent to his residence who complained about the boat. The stern of Shawnee sits less than a foot from the backyard wall of Michael and Dalia Lugo, and it is clearly visible from their house.

The couple has been outspoken against the project, sending a letter to the editor of The Daily Pilot newspaper claiming the boat project has been a “blight” to the neighborhood. They also charged that neighbors could have been exposed to “unknown toxins” during repairs on the boat.

“You know, it’s really awful when someone says they are tired of looking at the boat out of their bedroom window,” Holland said. “To destroy something just because of that is really a shame.”

After issuing Holland multiple warnings and citations regarding the code violations, the city filed a lawsuit to get the boat moved from Holland’s yard to “a more suitable location.”

“The city is hopeful that the Hollands will comply with the court’s order and move the boat to a suitable location that is consistent with applicable laws,” said Newport Beach deputy city attorney Kyle Rowen.

As the citations have added up and now, with the court ruling, Holland said the future of the boat is in jeopardy. The boat, in its current state, cannot be moved without a custom cradle — an expensive proposition.

“The keel isn’t supporting the hull right now,” Holland said. “She’ll disintegrate if she’s moved, and I don’t think the city cares about the boat at all.”

Holland said that even if Shawnee could be moved, he doesn’t currently have the funds to move the boat and store it at an off-site location. And Holland estimates it will take another three years to complete the boat restoration.

“I’m putting everything I’ve got into this lawsuit,” Holland said.

His day in court is April 30, and Holland is hoping to gain public support through his website — saveshawnee.com — to save the boat from its current predicament.