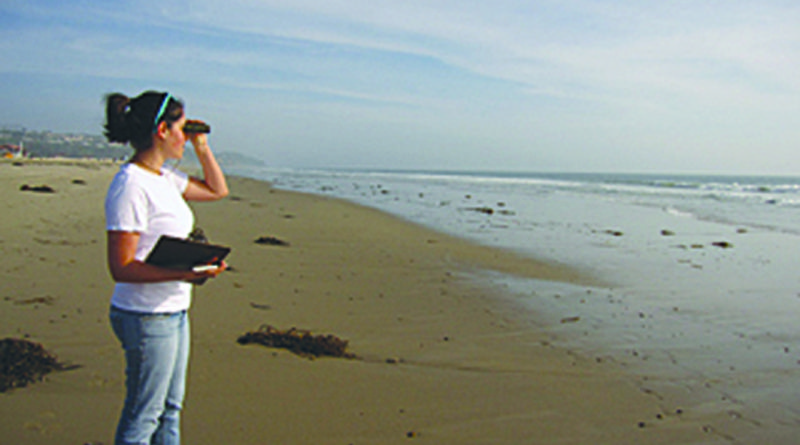 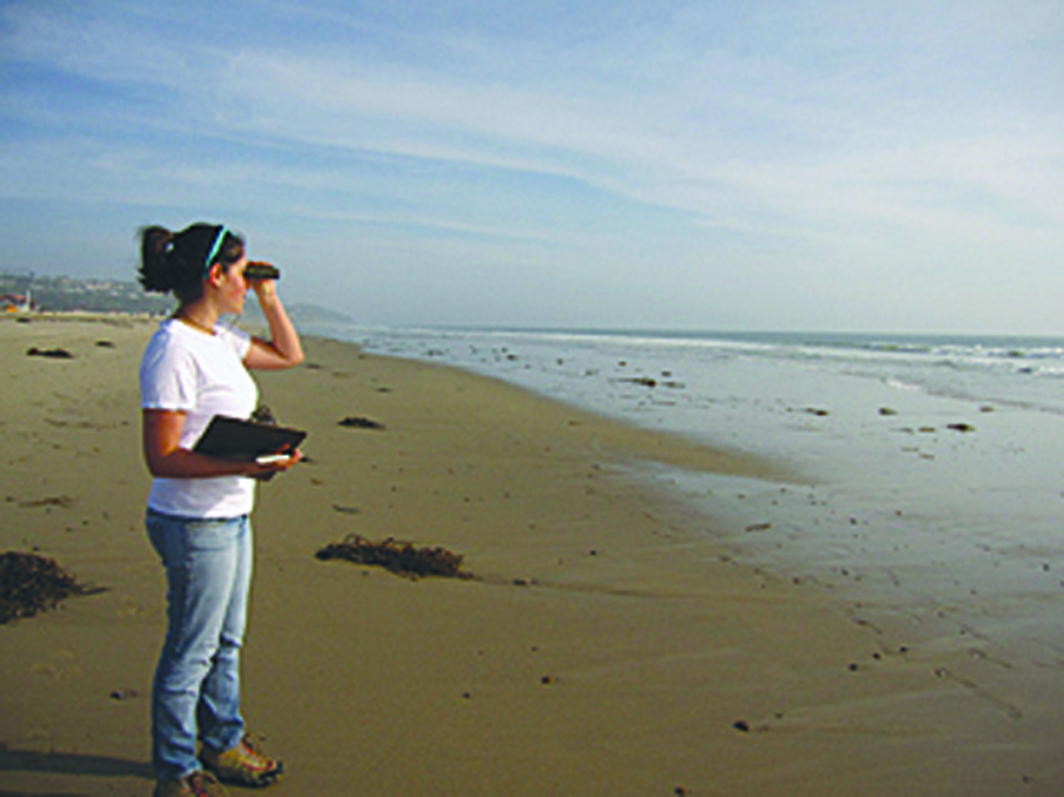 On Jan. 1, the California Department of Fish and Game’s new Marine Protected Areas (MPAs) along the Southern California coastline went into effect, shutting down around 354 square miles — or 15 percent — of state waters to recreational and commercial fishing.

While anglers work through what areas they can and cannot fish in, the Department of Fish and Game (DFG) begins its job of enforcing the new no-take fishing areas — and it has asked for the help of some citizen-based environmental groups to assist in monitoring certain areas, as well.

From shore, ship and even plane, environmental organizations have already started volunteer programs aimed at educating the public about the new no-fishing zones, monitoring all uses of the coast in and outside of marine reserves and, in some cases, calling in violations they believe they have witnessed inside MPAs.

Groups such as Heal the Bay Santa Monica and Orange County Coastkeeper have developed training programs for volunteers to become marine reserve watchers, and they are helping Department of Fish and Game wardens who have been assigned to monitor the MPAs as additional new responsibilities. However, Gov. Edmund (Jerry) Brown’s proposed 2012 budget actually proposes broad cuts in the department’s role in MPA monitoring.

For boaters who are worried that overzealous citizen volunteers might seek to arrest anyone who even looks like an angler, the DFG said there is no reason for concern.

“The volunteer groups don’t have the authority to enforce anything,” said DFG assistant chief of enforcement Paul Hamdorf. “But there are some groups that have been set up to pass information to us, and some that are set up to inform the public of the new regulations.”

Authorized or not, in Malibu, apparent vigilante MPA enforcers began placing pink warning tags on several kayaks and paddleboards along the beach. The warning tags read: “Your vessel is moored in a Marine Protected Area (MPA) and may adversely impact marine life. You are hereby given notice to remove your vessel within seven days or face fines/impounding.”

The tags were signed “MPA Citizen Patrol,” but no such group is known to exist. Some looked to water-quality watchdog and nonprofit organization Heal the Bay Santa Monica as a possible source of the tags, because of the similarity of its citizen watchdog group’s name.

For the past year, Heal the Bay Santa Monica has been working on a pilot program called MPA Watch, in which citizens are trained to monitor and report their findings while walking along the beach at both the Malibu and Palos Verdes marine reserves. But Heal the Bay put up a notice on its website stating the stickers were not its doing, and not accurate.

“We were shocked to see those stickers,” said marine scientist Dana Murray. “First of all, they’re incorrect, because the Marine Protected Areas don’t have anything to do with kayaks being on the beach or water. Also, it feels like somebody is trying to make people who really are monitoring MPAs possibly look bad.”

While the stickers aren’t part of the program, MPA Watch volunteers will be trained to monitor human activity in and outside of marine reserves along the Los Angeles area’s coastline, and they will be relaying their data to DFG officials.

Volunteers are trained to report on violations within marine reserves, and to locate patterns or times when a boat can be seen illegally fishing in a reserve. DFG wardens, in turn, will review the data obtained from MPA Watch members and plan patrols according to when infractions are most likely to take place.

In addition to land-based monitoring, Santa Monica Baykeeper — a member of the Coastkeeper alliance — will mark down the coordinates and activities of vessels in the marine reserves, from aboard the group’s 24-foot powerboat. The data will be added to Baykeeper’s aerial surveys, which involve spotting and monitoring fishing vessels along the Southern California coastline.

“We’re not out there enforcing, and we’re not calling the DFG: It’s just taking down data and sending it to them,” Murray said. “There’s no confrontation.”

Heal the Bay’s MPA Watch volunteers are not explicitly told to call in violations to DFG officials, but they are given the DFG’s hotline number to report illegal activities such as poaching or polluting, along with marine mammal and bird rescue center phone numbers.

Around 40 volunteers have already signed up with Orange County Coastkeeper — one of eight participating groups in the council — to patrol 29 sites within the marine reserves and collect data as a part of their MPA Watch shoreline monitoring program.

Orange County Coastkeeper associate director of programs Ray Hiemstra said the goal of the program is to collect “human use” data in the new MPAs. That includes monitoring walking, sunbathing, kayaking and fishing activity in the areas.

“The information we compile can be used by resource agencies to decide where to put signs or where more education is needed,” Hiemstra said.

Patrols are also being conducted on the water aboard Coastkeeper’s 30-foot Crystaliner boat. Vessel activity in and around marine reserves will be documented and sent in to DFG authorities.

“So far, we haven’t seen any violations, and it’s not like we’re going to be calling in every infraction,” Hiemstra said. “But we have been asked that, if we see something like a speargun fisherman wading out into a reserve, to go ahead and call that in.”

Hiemstra added that OC Coastkeep-er’s MPA Watch program is just one part of a three-part team that will be involved in watching the marine reserves. OC Coastkeeper and volunteer organizations are the monitoring aspect of the program, in charge of collecting data; then, there are city-run and non-governmental organization-run docent programs tasked with educating the public on the new marine reserves; and, finally, there is enforcement — left to the DFG wardens.

The enforcement district of the DFG is divided into four sections of California: The Southern Enforcement District covers everything from Santa Barbara County to the California/Mexico border, including inland areas stretching to the Colorado River.

Currently, 75 enforcement wardens are responsible of patrolling eight counties, covering more than 44,000 square miles of territory — and that’s not just for MPA enforcement. The wardens enforce all wildlife violations, and fish and game code violations, as well.

During multiple Fish and Game Commission meetings discussing the implementation of the South Coast MPAs, a lack of funding for enforcement was repeatedly discussed. While the DFG would be legally responsible for MPA enforcement, no additional money was expected to come from the state to pay for this.

Fish and Game Commissioner Daniel Richards, who opposed the South Coast MPAs, said that nearly $40 million in funding would be required for the marine reserves to adequately be monitored and enforced by DFG wardens.

Gov. Jerry Brown’s proposed 2012 budget looks to cut the Department of Fish and Game’s MPA monitoring and enforcement responsibilities further, with plans to reduce $15 million from certain “non-warden programs” such as the Marine Life Protection Act, Marine Life Management Act and the monitoring and management of fish and wildlife species.

Additionally, 20 percent of the current DFG warden positions statewide are on the chopping block, in cuts designed to bring an extra $5 million in budget savings.

DFG spokeswoman Jordan Traverso said the department has developed a volunteer organization of its own to help spread the word about MPAs.

“They’re not enforcing, just educating,” Traverso said. “Wardens are the only ones who can enforce.” No grace period is planned — and wardens can warn, cite and even arrest those violating MPA regulations.

So far, Hamdorf said he has seen no major problems to report — and anglers have been compliant when told of the new regulations.

“This time of year is not the time where you have the most use of the coast,” Hamdorf said. “Not as many boats are in the water. It’s really hard to say what compliance is going to be like when we get up to peak season.”