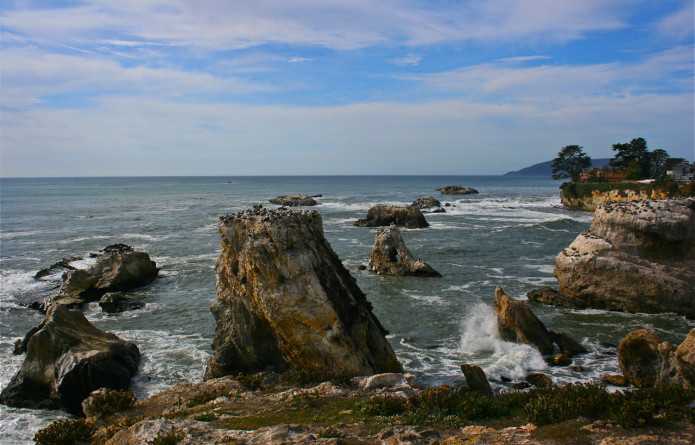 SANTA BARBARA — Recreational boaters, anglers and offshore corporate interests could have a marine sanctuary to navigate through along a stretch of Pacific Ocean just off the Santa Barbara coast as NOAA received an application to grant the Northern Chumash Tribal Council a special designation.

The Chumash Heritage National Marine Sanctuary, if approved, would protect a portion of the California coastline north and west along the Pacific Ocean coast north of Goleta and south of Monterey.

Recreational boaters, individual anglers and sportfishing vessels from Santa Barbara and Ventura harbors who want to avoid the marine sanctuary would have to travel south of the Channel Islands and then west to freely access the Pacific Ocean, based on the nomination’s proposal. The boundaries of the proposed marine sanctuary extend as far as 13 miles offshore; its shortest boundary is about 3.2 miles at the southernmost border near Santa Barbara.

Members of the Northern Chumash Tribal Council claim a marine sanctuary is necessary along the California Central Coast to preserve valuable resources. Recreational anglers and boaters would actually benefit from a coastal sanctuary, the tribal council members argued in its application to NOAA.

“The sanctuary will protect an abundantly rich and diverse marine ecosystem that is a nursery and home for many fish and marine mammal species, and a migration lane for seven species of whales and six types of dolphins and porpoises, a diverse fishery, and many more seals, otters, and marine wildlife. The sanctuary would promote, support and coordinate scientific research and monitoring of coastal resources, and would enhance public awareness, understanding, appreciation and use of the marine environment within the geographic area, including the rocky intertidal fish community of the Central Coast of California,” the tribal council stated in its application.

Tribal council members added the marine sanctuary along the Central California coastline is necessary to prevent proposed oil and gas drilling or exploration.

Government agencies, legislators and some recreational angling groups expressed their support of a new marine sanctuary just north of the Channel Islands.

NOAA accepted Northern Chumash Tribal Council’s application for the marine sanctuary in October 2015; the agency has not yet decided whether to grant the tribal council its request. The federal agency also weighed in on proposed marine sanctuaries along a portion of the Potomac River in Maryland and a section of Lake Michigan’s Wisconsin coast.

NOTE: This update clarifies a previously published version of this article about impacts on boating and fishing.