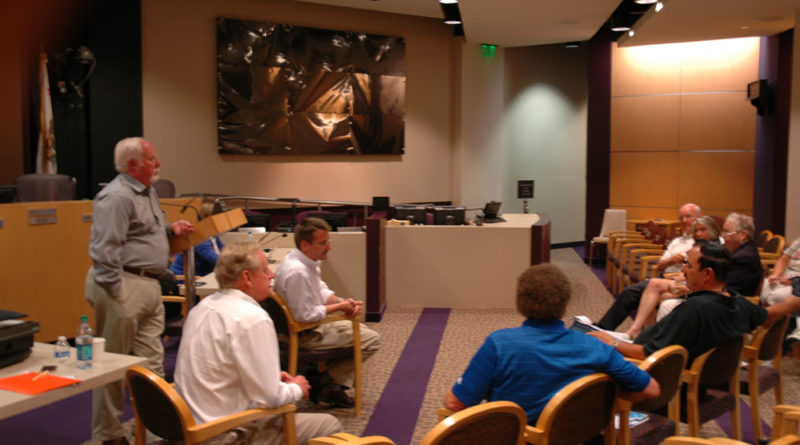 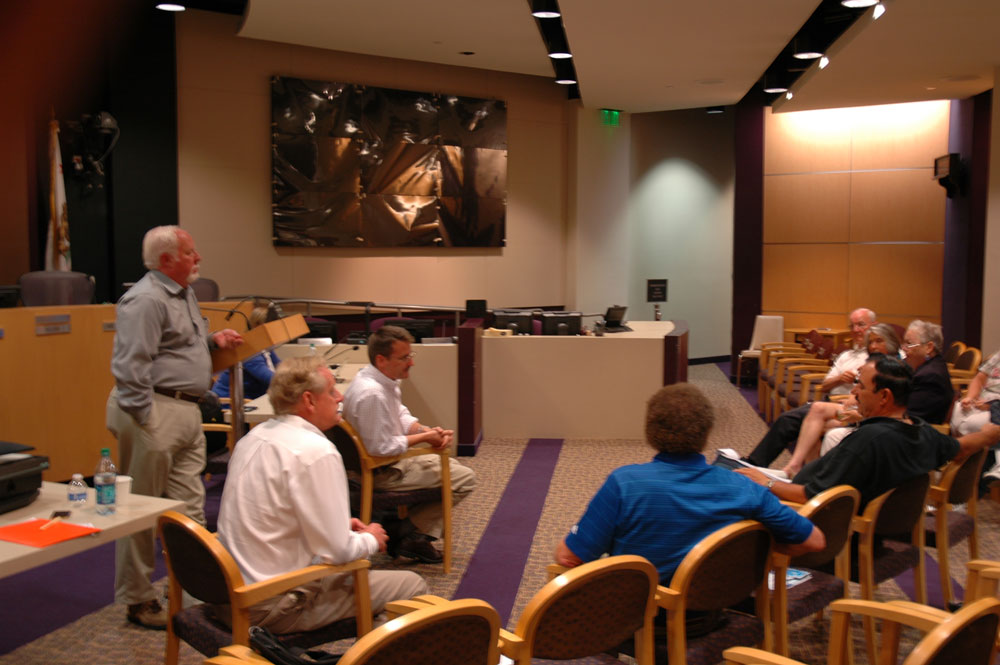 SAN DIEGO — In a comprehensive follow up to June’s special listening session in Long Beach, officials from the National Oceanic and Atmospheric Administration (NOAA)—joined by representatives from various marine-based entities—gathered for an open session with local recreational boaters and stakeholders at the Port of San Diego July 15 to address overarching nautical concerns.

“My visit is informal,” Glang said. “This is sort of a pop up meeting if you will. I was not able to participate in the stakeholder meeting that took place around the country. At the higher level we’re trying to get ideas about the future of navigation and what it’s going to take to do better for mariners to be safer and operate more comfortably.”

The group reflected on the benefits of the Long Beach Session, while opening up to further discussion on the current status of the sunken San Diego Approach Buoy 1.

The buoy, which sunk to the ocean floor March 14, has yet to be replaced.

“There was some great feedback at the Long Beach Session,” Van Houten said. “Most of the comments we heard were about AIS, electronic ATONs and that we should not use them to replace physical ATONs. I think we got that message loud and clear.”

Van Houten confirmed that the Coast Guard will soon replace the buoy. Following the meeting he could not provide an exact timeframe of replacement but said the original buoy, which weighs more than 5,000 pounds, will tentatively be recovered from the sea floor in September. It is still up for debate as to whether or not a newly installed buoy will be equipped with Racon.

Coast Guard officials originally contemplated not replacing the buoy back in May, opting to instead use a synthetic aid in its place.

“Based on the feedback we got, we’ve decided to discontinue that,” Van Houten said.

Concerns also shifted to the dissemination of key information to local mariners. Wheaton urged the boating community to proffer suggestions on how NOAA may better push out not only their own information, but the news of various entities reporting weather current information, buoy locations, and more, to the community.

“With respect to the small boating community and the fishing community, we’re trying to communicate but we’re not doing a good job,” Wheaton said. “It’s not that we’re not trying, but we don’t seem to have a handle on how we can get the information out. We have a ton of information.”

“If something happens in San Diego Bay that involves nautical charts, aids to navigation, whatever, we feel like that’s information that you need to have,” Wheaton added.

Van Houten, who also presented an overview of the Coast Guard’s Navigation Center website which lists news and notices, asked the public to complete a 25 question survey on the site so the agency can better grasp the boaters’ stance on key issues. He added that the Notice to Mariners feature remains the Coast Guard’s main news aggregator, but realizes supplemental avenues will be necessary to reach larger audiences.

One audience member expressed concern for the kayak and fish community who may not be tapped into the same news sources as most recreational boaters. Capt. Ann Kinner, owner of Seabreeze Books and Charts, reminded the group that 95 percent of boaters in the area have vessels smaller than 26 feet.

Julie Thomas, the program manager for the Scripps Institution of Oceanography’s Coastal Data Information Program (CDIP), offered flyers to those in attendance highlighting the current coordinates of Southern California wave buoys. Most agreed that similar information would be beneficial for recreational boaters to have at their disposal.

“How do we start feeding the information from Julie and the Coast Guard to you as a customer?” Wheaton said. “Stories are nice, but how do we get information to you? We’re kind of stuck here in the middle.”