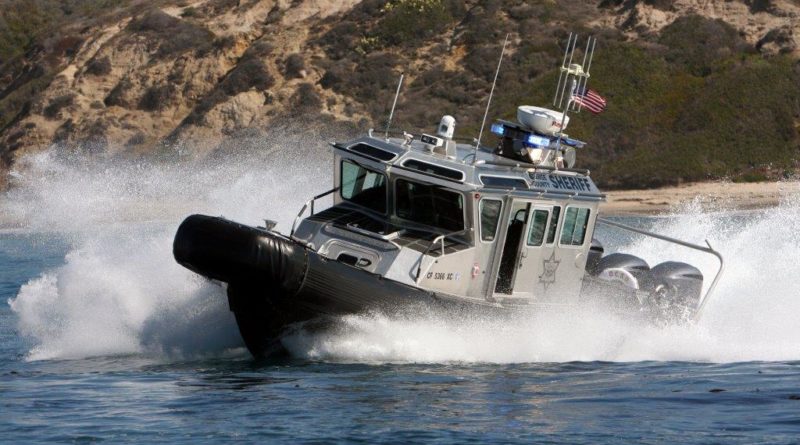 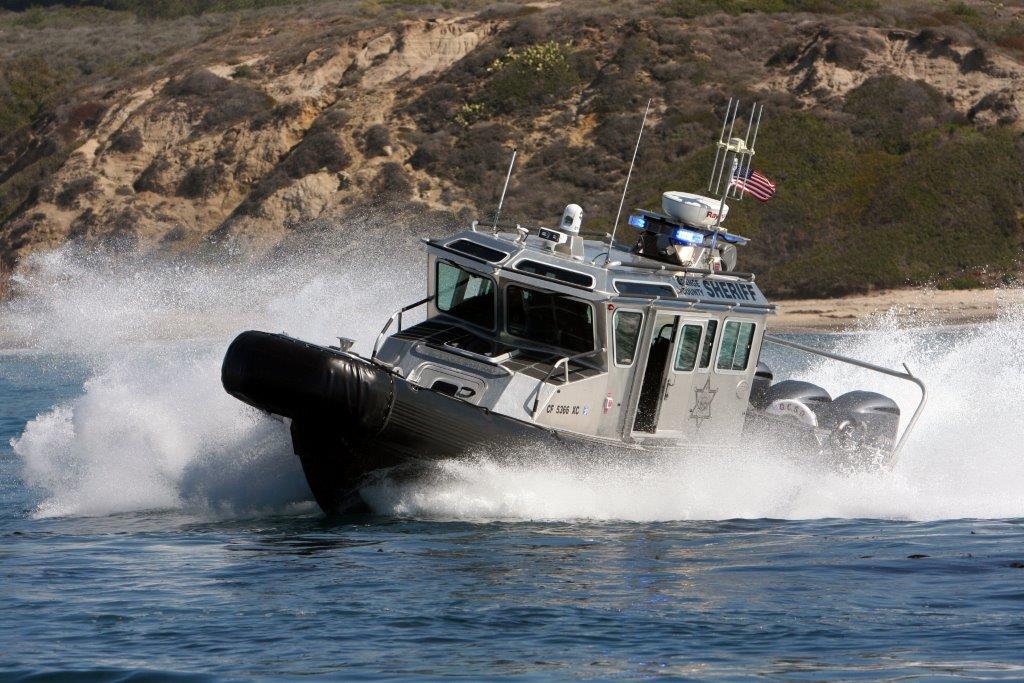 NEWPORT BEACH—On the evening of May 16, patrol officers manning the Orange County Sheriff’s Harbor Patrol Department’s interdiction vessel responded to a rare—yet not unheard of—call just off the northern coast of Catalina Island.

In a collaborative effort, the Orange County Sheriff’s Department, along with the U.S. Border patrol, the U.S. Customs and Border Protection Office of Air and Marine and the Coast Guard, rushed to the scene to discover a 27-foot panga packed with 17 Mexican nationals. The open fishing boat carried a substantial amount of fuel and more than 20 cells phones. After noticing a missing identification number on the boat, authorities commandeered the vessel and detained the individuals, who were later determined to be in the country illegally.

Two people on board were eventually charged with smuggling, and the other passengers were brought inland for processing.

While these circumstances have been far from the norm, Orange County Sheriff’s Harbor Patrol Harbormaster Lt. Mike Jansen credits his department’s interdiction vessel as a crucial deterrent in the fight against human and narcotics smuggling along Orange County’s coastline.

“This boat gives us more expanded search powers,” Jansen said. “We’ve noticed a very sharp decline in the pangas landing in Orange County since we’ve received it. A lot of them have been going up north to Los Angeles and especially Ventura County.”

The vessel, which was purchased through funds from Homeland Security’s Operation Stonegarden, was commissioned in 2010. Operation Stonegarden is a federal grant program, which provides funding to state and local law enforcement agencies to improve border security and fight terrorist threats.

Each year, the department reapplies for the grant, helping to cover the cost of fuel and overtime for the officers on the boat.

“Our main objective is to protect Orange County, but the general patrols often go further offshore, up and down the coast,” Ginther said. “If there were ever a need, we would respond to whatever agency needs assistance with the vessel.”

Harbor Patrol, which oversees the surrounding seas of Dana Point, Newport and Huntington Harbors, houses 47 sworn officers and operates 16 vessels, including six fireboats and nine patrol boats, on a 24/7 basis. With its main hub in Newport Harbor—where the interdiction boat is docked—the department has the ability to assist in other locations as well.

Designed to navigate low in the waters, the stealthy hull operates with advanced radar and infrared technology. Jansen said all deputies and federal officers aboard are armed with high-powered rifles.

The boat is equipped with Yamaha outboard engines and tinted black and silver, making it deceptively sneaky. Jansen added that the vessel can maintain a high-rate of speed and is good on fuel consumption.

“When a panga lands anywhere on the coast, we’re all notified,” he said. “There’s an intelligence center that keeps track of everything. Even when our Stonegarden boat goes out each night, they check with this intelligence center. So they know what’s out there and what assets they have if something goes on.”

Officers operate the boat six or seven days a week, according to Jansen, scoping the coastal perimeters from the late afternoons and early evenings to the middle of the night. The vessel is operated by two deputies and assisted by other law enforcement agents from Border Patrol and the Coast Guard.

“I think that combination of greater enforcement has pushed the activity greater offshore,” Ginther said. “Now that they actually circumvent San Clemente, Catalina Island and the Channel islands, they’re going the distance to avoid detection here.”

Operations are conducted on an overtime basis and deputies commit to shifts within their scheduled days off, which Jansen said are always full. Officers are assigned from the Harbor Patrol and are all qualified with the proper training in firefighting, lifesaving and Stonegarden operations.

“I just think it’s a very good forward-thinking approach,” Jansen said. “We’ve had our share of vessels landing on the beach, and we had no resources to deal with these, other than just a response. Rather than being proactive, we were reactive to things. Now with the Stonegarden grant in place, we take a more proactive approach.”