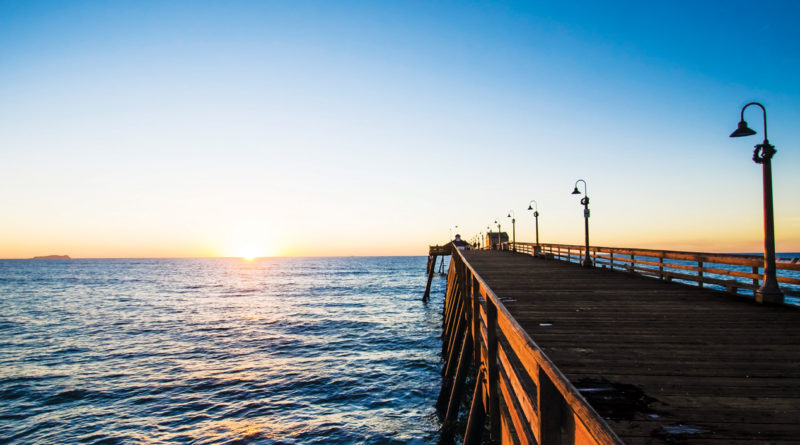 A finalized Preliminary Assessment Report, which will outline the focus, data and stakeholders for the Ocean Planning Partnership, is expected to be completed in early fall. (Port of San Diego photo)

SAN DIEGO — California, as one of the largest economies in the world, is no stranger to cutting-edge technology. San Diego, however, could be on the brink of ocean technology that could change the world – for better or worse – according to Port of San Diego Commissioner Dan Malcolm.

Staff from Port of San Diego’s Planning and Green Port department presented a timeline for a new endeavor between the Port and State Lands Commission, during an Aug. 8 presentation. The partnership would be referred to as the Ocean Planning Partnership.

On the official website, the program is described as “a comprehensive, stakeholder-driven process that considers the dynamic and interconnected relationship between the ocean environment and the human uses within this environment to manage resources and activities effectively and responsibly.”

The website continues: “The pilot is centered around Public Trust uses, which both partners manage, including commerce, navigation, recreation, fishing and environmental stewardship.”

San Diego is an ideal location for such a partnership, according to staff, because there is a unique blend of ocean users, from fishermen to recreational boaters, and other stakeholders who are invested in the future of the ocean. The memorandum for the regional ocean planning system was filed on Dec. 22, 2016.

The port district and State Lands Commissioner are preparing to release the Draft Preliminary Assessment Report on this project by September, it was announced. Included in the outline of the report would be the vision for the future of the ocean, a study into the diverse marine recreationists and business owners, data collected, an appendix of the stakeholders and ocean users and next steps to begin.

At the time of the draft release, the general public will be able to access the document and the Port plans to hold open-house-style public gatherings to obtain feedback. A website application and the finalized Preliminary Assessment Report is expected by the end of the year.

Peter Halmay, president of San Diego’s Fishermen’s Working Group, commented: “As we see this project developing, it can go very, very well for fishermen or very badly and we have to keep our eyes on it.”

Halmay also stated the port district has been receptive to feedback and the Fishermen’s Working Group will continue to advise as needed.

Malcolm praised Board Chair Rafael Castellanos for his expansive vision for ocean and maritime-related topics, adding this project is “cutting edge of agencies for water planning actually looking at managing and planning the water.”

Visit the website at sdoceanplanning.org to learn more about this endeavor.

One thought on “Ocean Management: The Future for the Port of San Diego, the State of California – the World?”