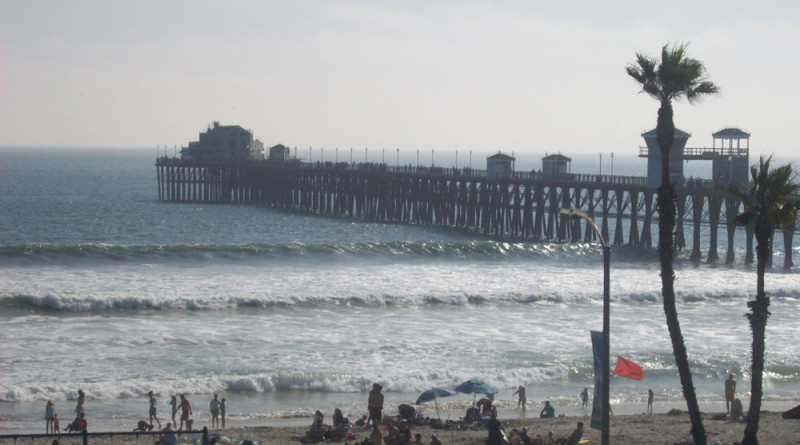 OCEANSIDE — The multiyear journey to replace 2,000 steel pipe braces supporting Oceanside’s Municipal Pier will continue this month as construction workers descend upon Oceanside to work on upgrading the pier.

Ballard Marine Construction of Oakland was hired by Oceanside in May to replace 67 steel pipe braces in a section of the pier. Oceanside City Council unanimously approved a $200,000 contract for Ballard Marine’s work at its May 20 meeting.

The current project will continue to move eastward toward shore. Oceanside’s Public Works Department stated the city will continue to upgrade the braces in piecemeal fashion until all 2,000 of them are upgraded. A timeline for when all the braces would be upgraded was not announced.

“Each year, staff contracts out the replacement of as many braces as possible with limited funding,” Public Works staff stated.

Ballard Marine was the lowest of three bidders seeking Oceanside’s brace replacement contract. The Oakland-based company submitted a bid of $2,615 per brace ($175,205 total bid for 67 braces). Other bids came in from John S. Meek Co. ($3,584 per brace) and NEWest Construction ($5,000 per brace).

Work could be completed by November.

The current Oceanside Municipal Pier was constructed in the mid-1980s and made of deck planking, steel pipe braces, stringers, timber piles and wood pile caps.

The pier has been subject to a handful of construction projects in recent years. A section of 130 wood planks were reportedly replaced in October 2013. Oceanside reportedly hired four contractors in the past five years to replace the steel pipe braces.

Oceanside’s first pier was built in1888 and was a destination for fishing enthusiasts and marine business interests. Four piers were erected and destroyed by 1942. The fifth iteration of Oceanside Pier was, at the time it was built, the longest pier on the West Coast, according to city officials.

The current pier, built in 1987, is the sixth version of what was originally conceived about 130 years ago; it cost $5 million to build and measures about 1,900 feet in length.

The pier is about 1 mile south of Oceanside Harbor and is now a destination for pier fishing.

A 2013 economic study for Oceanside found 74 percent of people visited the city because of the pier.