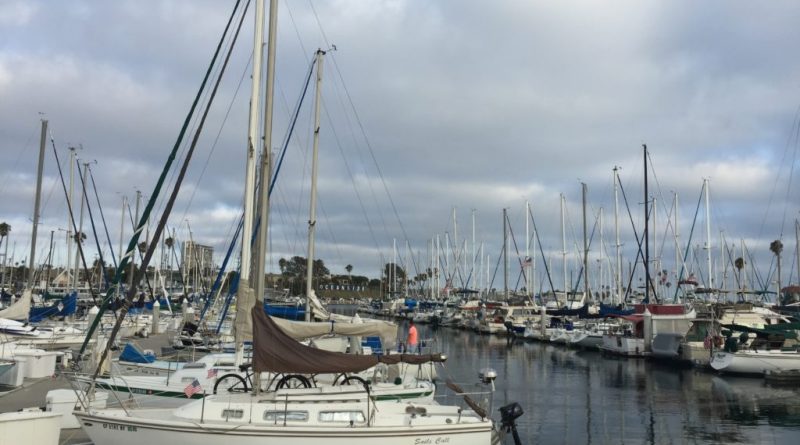 The expansion would add seven 38-foot slips and increase the end tie from 42 feet to 80 feet.

OCEANSIDE—Oceanside Harbor has been awarded grant funding to rebuild and expand the Jolly Roger Transient Dock.

Harbor Division Manager Ted Schiafone said the California State Parks Division of Boating & Waterways (DBW) awarded the Oceanside Harbor District just over $691,711 through its Boating Infrastructure Grant (BIG) program. These federal grants are used to construct, renovate and maintain marinas and other facilities with features for transient boats (those staying 15 days or less), that are 26 feet or more in length, and are used for recreation. Grantees may also use funds to produce and distribute information and educational materials about the program and recreational boating.

Oceanside Harbor District will use this money to rebuild the transient dock and add seven 38-foot slips and increase the end tie from 42 feet to 80 feet.

According to grant documents, the harsh environment and constant use has left the concrete dock cracking and showing signs of spalling. Schiafone also said the dock is often at 100 percent occupancy and the expansion will allow for more boaters to use the dock.

Back in the fall of 2019, the Harbor District Board of Directors adopted a resolution approving plans to use a possible grant to replace the transient vessel dock.

According to a staff report from August 2019, the replacement of the 30-year-old dock has a total price tag of $848,032. The staff report said in addition to grant funds from DBW, the city would need to provide 25 percent in matching funds in the amount of $159,006 and an additional $53,002. According to grant documents, Oceanside Harbor Maintenance and Operations funding would be used for the required 25 percent match.

Schiafone did not confirm when the work would begin.