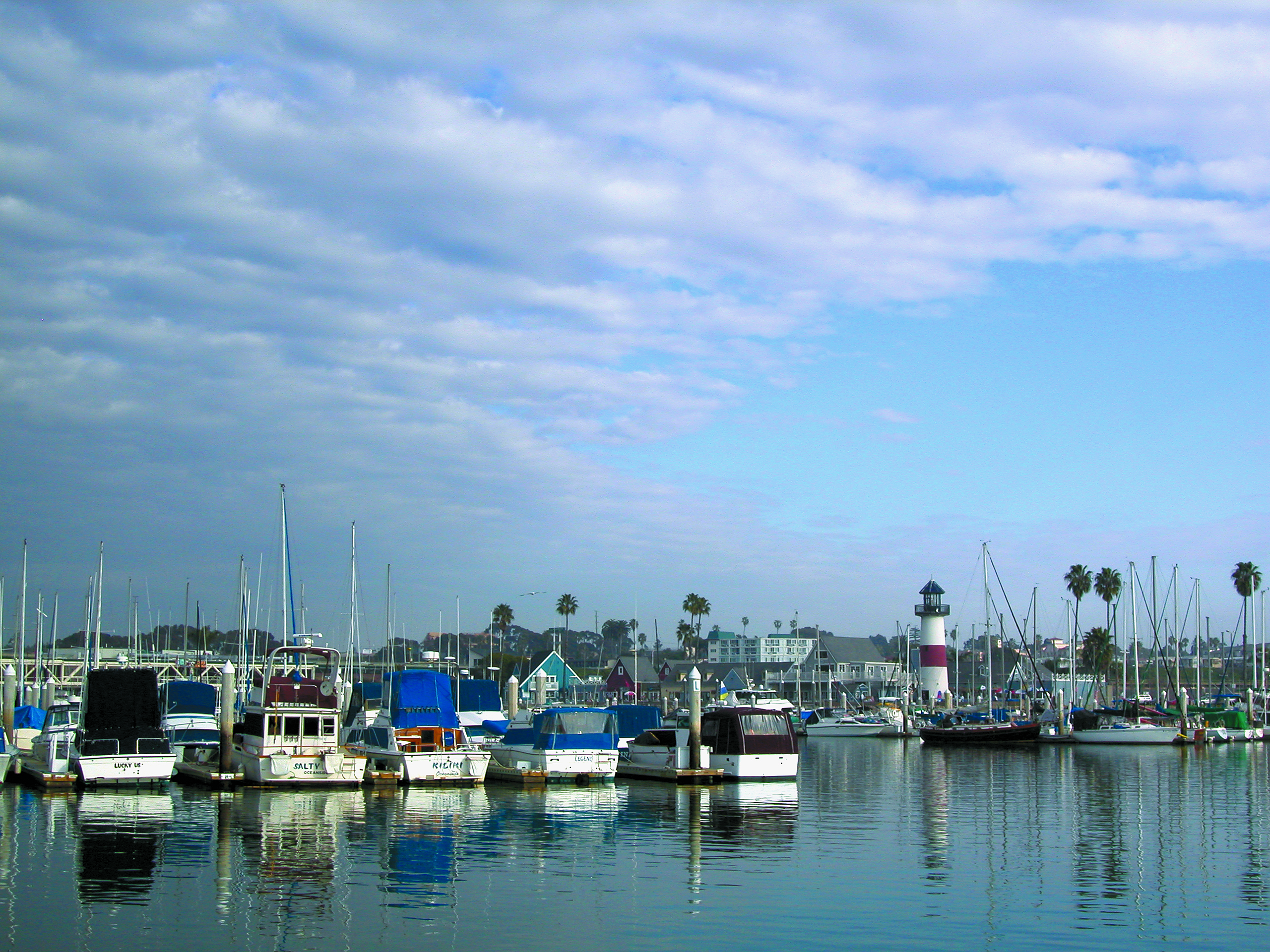 Oceanside Harbor is operated as a public marina, run by the Oceanside Small Craft Harbor District. The harbor has public works officers who work in the harbor and eight police officers who are also trained as boat operators and divers.

The harbor features a North and South Basin, and both have the same layouts — with boat docks, restrooms, sidewalks, parking lots and greenbelts.

“The difference is that the South Basin has more restaurants, retail businesses and easier access to the beach,” said Frank Quan, Oceanside Harbor and Beaches coordinator. “The commercial fleet is located in the South Basin, and Oceanside Yacht Club is in the North Basin.”

The Harbor and Beaches Department is a division of the Public Works Department, where Quan is a division manager. Besides managing the harbor, Quan — who has worked in the harbor for 32 years — is responsible for the city’s beaches and the municipal pier.

“Oceanside doesn’t have Jacuzzis, pools or weight rooms,” Quan said of the marina facilities available to Oceanside slip tenants. “But what we do have is good, solid boat docks, clean and well-maintained restrooms, plenty of parking, reasonable rates and convenience.”

Quan said that many of the slip tenants are northern San Diego County and Riverside County residents, who make the trip to Oceanside to use their boats.

Slip lengths in the harbor range from 26 to 51 feet, with side-ties available for larger boats up to 100 feet in length. Rental rates are $11.10 to $12.30 per foot, per month, with fees based on hull length or length of slip, whichever is greater. Slips are single, and water and electricity are included dockside.

Currently, Quan said, there is a waiting list for all slips in the harbor, due in part to the low rates, convenient ocean access and sturdy docks. The harbor underwent a major dock rebuilding project in 1985, when concrete docks were installed in the harbor by Bellingham Marine. In addition, the Harbor District institutes yearly maintenance replacement projects every winter.

This year, the harbor is replacing and renovating the last third of the 50 available guest docks. Included in the upgrade is a new guest pumpout facility.

In May, Oceanside City Council members approved a $9.4 million, 20-year Capital Improvement Program for the harbor, which includes new restrooms, riprap repairs and other infrastructure repairs for the next 20 years.

All Oceanside docks are gated and locked, for slip tenant access only. With a good mix of power, sail and commercial fishing boats calling Oceanside home, the harbor offers a wide array of services — including restaurants, a launch ramp for trailerable boats, dinghy racks available for rent, a fuel dock and a live bait receiver.