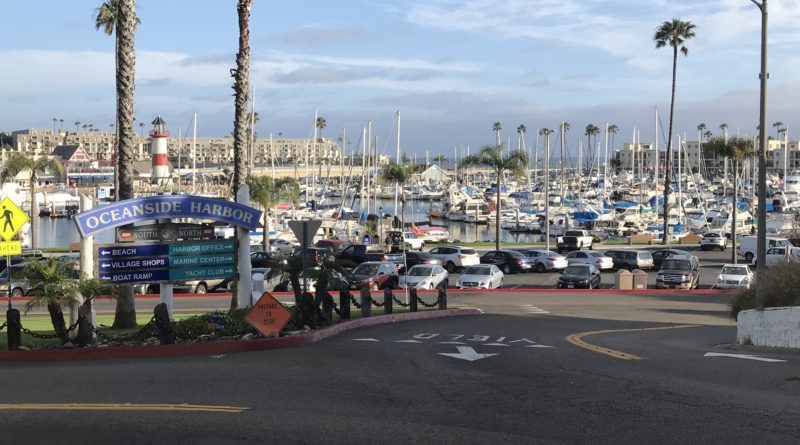 OCEANSIDE ― Waterfront developments up and down the Southern California coast have left some boaters feeling as if they are being pushed out of their respective harbor or marina. Officials and policymakers in coastal communities, in response, have been trying to balance a desire for visitor-serving uses with attempts to appease the local community and boaters.

One such attempt to maintain boating activities in a waterfront venue is Oceanside’s Harbor and Beaches Advisory Committee Work Plan, which was recently endorsed by the local City Council. The plan aims to encourage and promote boating at Oceanside Harbor.

Oceanside already had the work plan in place – with the City Council’s action last month approving the plan for another two years.

The work plan for the next two years has not changed from the previous two years, according to Oceanside’s Harbor Manager Paul Lawrence.

“It was our view that it remains relevant in its current form,” Lawrence told The Log.

An updated amendment in the plan, Lawrence did point out, has been put in place to ensure safety.

“One change from the recent past was that human-powered craft must keep clear of all sail and power vessels in Oceanside Harbor,” Lawrence stated.

What does this means exactly and how will it be enforced?

“Operators of human-powered craft would ideally maneuver out of the path of any sail or power vessel such that the operator of the vessel would not need to change course to safely pass them,” Lawrence answered. “The best evidence that a human-powered craft operator has not kept clear of a vessel is that the vessel operator changes course to avoid them and to maintain a safe distance between them.”

If powerboats and sailboats need to move in order to avoid human-powered watercrafts, then Harbor Patrol is there to provide enforcement.

Oceanside recently reversed the ban on paddleboards in the harbor, as reported by The Log.

“So one of the concerns with that change was…boat owners have been concerned that we need to do something to deal with it,” Harbor Police Office Jonathan Hoover explained. “So that is what Paul Lawrence was attempting to do with this next step was a way of putting in place some sort of direction legally.

“The small craft harbor districts, they were all built throughout Southern California, the whole point was to get people out on the water having fun and enjoying themselves. The last thing we want to do is restrict. However, obviously, put some things in place from a safety perspective. That’s what we are attempting to do with this,” Hoover continued.

Another benefit to boaters in the Oceanside Harbor, according to Lawrence, is a new free bilge pump-out station.

“Thanks to The Bay Foundation and CalRecycle, Oceanside Harbor has one of the few free public-accessible bilge pump-out devices in California,” Lawrence stated. “The device will separate oil [and] fuel from bilge water – the resulting petroleum products are recycled.

Dredging in the harbor is an ongoing annual project to replenish sand on beaches in Oceanside, Lawrence mentioned as well.

Docks in the harbor are being renovated as needed, according to the new Harbor and Beaches Advisory Committee Chair Liz Rhea.

The committee chair also mentioned Lawrence had some floating docks tied together to give the sea lions a place to get out of the water and lie in the sun.

“Has that been working? At times, yes – seen quite a few of [the sea lions] out there – [but] other times, they still like our guest docks better,” Rhea admitted. “There’s still a chance that they will go there. They want to be out and get some sun, but we also have to leave them alone.”

The Harbor and Beaches Advisory Committee meets six times a year and makes recommendations on behalf of harbor and beach interest groups to Oceanside’s City Council and Harbor Board of Directors.

“Oceanside is so unique. We have a harbor that is not as large as most harbors. That’s why on the advisory board we are very protective of it. We want to keep making it better and keep making sure that things are renovated, but also not to the point that it is making a detriment to our capability of running a harbor,” Rhea maintained.

The goal is to not limit recreation on the harbor, but to make sure everyone is safe and everyone’s interests, including the boaters, are upheld.

“As much as we want everybody out there enjoying themselves, we also have an obligation to our slip renters that are paying to have their boats there, so we have to certainly represent their interests as well. That’s the goal anyways,” Hoover affirmed.