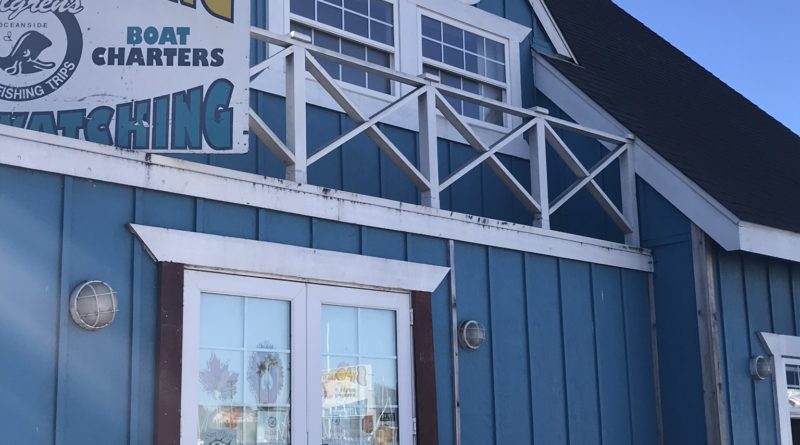 OCEANSIDE — Helgren’s Sportfishing will move out of its two-story building –where it had been based out of since 1979 – and relocate to a nearby kiosk, Oceanside’s City Council decided, Nov. 15.

Oceanside issued a Request for Proposals (RFP) in 2016, seeking vendors to re-purpose Helgren’s Landing. Cacciola, who replied to the RFP, was eventually informed he and his team could negotiate with the city to bring a new visitor-serving destination to the harbor.

The sea center, Cacciola told The Log in late 2016, would combine sportfishing with fishery science and marine education.

Matters, however, would become contentious in the following months as Helgren’s and the group behind Oceanside Sea Center were at the center of a dispute.

Complicating matters was the impending expiration of Helgren’s Sportfishing’s lease. The lease was set to expire May 5, but it became unclear whether Cacciola and his team would be able to pursue their plans as the city, apparently, also began talks with Helgren’s.

The situation remained unresolved through April, just a few weeks shy of the May 5 lease expiration, when the City Council finally voted to extend Helgren’s lease through November.

Helgren’s Sportfishing’s extended lease finally came to an end last month, allowing the City Council to approve the company’s move to a nearby kiosk. The new lease agreement, according to city staff, does not contain any exclusivity clauses for uses within Oceanside Harbor, meaning Helgren’s will no longer be the sole provider of various charter services (such as sportfishing or whale-watching).

Helgren’s new lease begins Dec. 1 and will continue through Nov. 30, 2027; rent will be $2,000 per month or a percentage of gross revenue, whichever is higher. The agreement includes two five-year extension options.

Oceanside 95, Helgren’s sportfishing vessel, will still be docked in the same location, according to city staff. The kiosk is located at 1350 Pacific Street, the southwest corner of Oceanside Harbor.

The city’s lease terms require Oceanside Sea Center to pay at least $3,000 per month or a percentage (6 percent for the first five years and 7 percent in years six to 10) of gross revenue, whichever is higher.

Council members approved both leases as part of their Nov. 15 consent calendar, without comment from the dais or pub