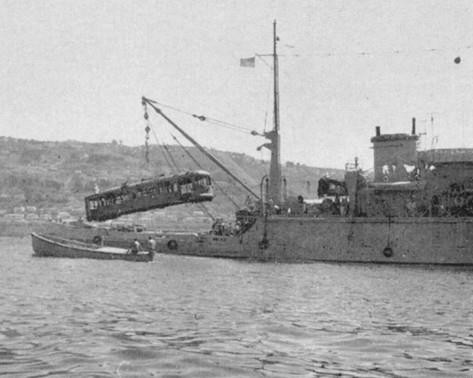 REDONDO BEACH— On Sept. 25, 1958, six wooden streetcars were placed in 60 feet of water approximately one mile offshore from the Redondo Beach-Palos Verdes coastline as part of a California Department of Fish and Wildlife study. The CDFW sought to determine if things such as automobiles could be dropped in flat, sandy, or muddy areas near the shore to imitate rocky coasts and reefs in order to draw more sport fish. In the years following, divers performed routine dives to observe and obtain information on kelp growth, numbers and species of fish and invertebrates, and other observations. Within 25 months, divers found over 2,800 fishes concentrated around the old streetcars, according to an article titled “Artificial Habitat in the Marine Environment,” published in CDFW’s Fish Bulletin 124 in 1963. After 27 months, the average fish population on the reef consisted of 35 percent kelp bass and sand bass, 26.3 percent miscellaneous seaperch, 11.6 percent gobies, 9.7 percent blacksmiths, and 17.4 percent other combined species, according to the same report.