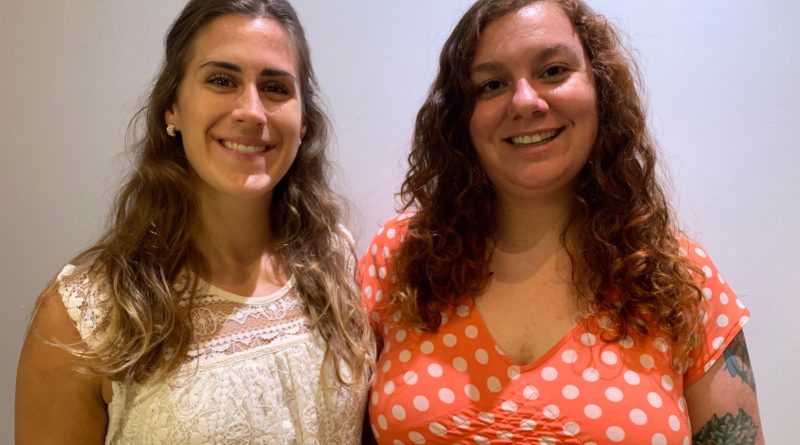 The Log’s Devon Warren-Kachelein is ending her run here, but we welcome in Lindsey Welling.

FOUNTAIN VALLEY—Change is inevitable. I’ve seen several changes during my almost five years at The Log – and with this issue we will experience yet another shift: Devon Warren-Kachelein, our staff writer since November 2017, will be leaving us. She and her husband will be moving to Oregon. Filling her shoes will be Lindsey Welling, a veteran journalist who comes to us from iHeartMedia in Long Beach.

We at The Log would like to thank Ms. Warren-Kachelein for her nearly two years of service here. She covered a wide beat, reporting on harbors in Oceanside, Dana Point, Newport Beach, Huntington Beach, Redondo Beach, Ventura, Santa Barbara and Avalon. Some of those beats took her down a deep rabbit hole – but she was unwavering in her coverage.

Ms. Warren-Kachelein spent the better part of one year writing stories about the recent developments at Dana Point Harbor, including the signing of a new lease to revitalize the South Orange County waterfront and other happenings associated with the planned redevelopment.

The Log’s outgoing staff writer was also actively covering the public docks situation in Newport Beach where questions have been abound about whether the Sheriff’s Department was authorized to change the access of said docks from 72 hours to 20 minutes.

There were plenty of other stories in between, be it updates on Santa Barbara Harbor Commission meetings, reporting on the possibility of sidewalk vending on Avalon’s waterfront, penning a feature on the effects of dockless scooters at local marinas and the merits of living aboard a boat as an alternative to owning a home on land.

When she wasn’t covering the news or writing in-depth features, Ms. Warren-Kachelein was digging for stories to fill our “Bizarre” section, which is featured at the top of Page 4 in each issue. She also managed the Dog Aboard and Log Abroad sections, calendar items, boating classes and Catalina Connection.

Through it all Ms. Warren-Kachelein was objective and fair in her reporting, all while taking deep interest in government affairs and holding public officials, whether elected or appointed, accountable to their positions. She embodied everything an editor could ask for in a reporter and writer: She built sources, conducted interviews to the best of her ability, analyzed all the information presented to her, wrote clearly and made proper use of documents.

Ms. Warren-Kachelein was also a pleasure to know, personally. She married the love of her life during her brief but substantive tenure here and eagerly participated in conversations, both heavy and light, with her co-workers and colleagues. Her work and her personality will be missed. We wish her well in her future endeavors.

Next up to bat is Ms. Welling, who has quite the news experience. Ms. Welling, a graduate of Stony Brook University in New York, launched her journalism career in Maryland, where she worked at Herald Mail Media. She wrote news scripts for broadcast journalists and served as an on-air talent. She later moved to The Evening Sun in Hanover, Pennsylvania, where she pursued and crafted business and long-form stories.

Ms. Welling’s most recent experience was at iHeartMedia, where she did broadcast-style reporting on major news stories for parts of California. Her beat also included portions of the Mid-Atlantic (Baltimore, Washington, D.C. and Delaware).

Ms. Welling officially joined The Log as our new staff writer on Aug. 2; she will take over Ms. Warren-Kachelein’s beat and duties. We look forward to Ms. Welling maintaining the high standard of reporting we deliver with each issue.

Readers can reach out to Ms. Welling via email; her address is Lindsey@thelog.com. Feel free to welcome her aboard. All other questions about The Log can be directed to me at parimal@thelog.com.