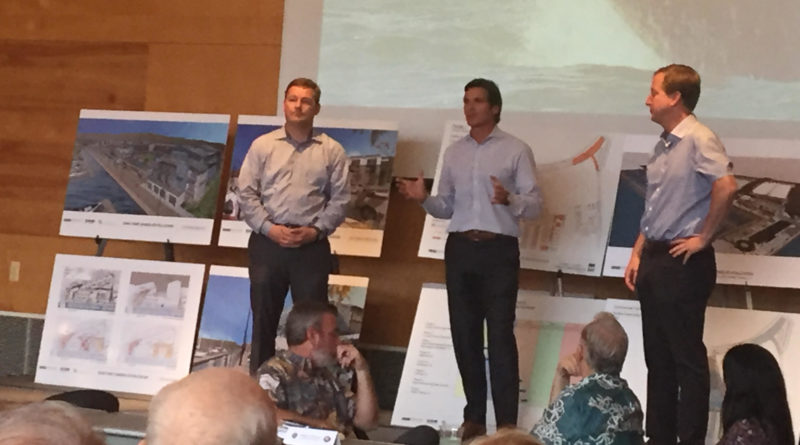 Parties are preparing to move forward with lease option for 66-year master plan for harbor redevelopment.

DANA POINT — Romantic poet Percy Bysshe Shelley once exclaimed, “Fear not for the future, weep not for the past.” Dana Point Harbor, for more than 20 years, was in a state of limbo with much conflict revolving around questions of what would happen. As the county of Orange and new developers, Dana Point Harbor Partners, rush ahead to get the process moving, one thing is clear – a deal is rooted in place.

The overall tone of an e-newsletter released by Dana Point Boaters Association, a group closely tied to the revitalization process over the decades, continues to be cautiously optimistic.

The newsletter stated: “All signs are point to the successful conclusion of the option period agreement with Dana Point Harbor Partners and the finalization of their 66-year master lease by the end of the month. By all accounts, the development team has met the terms of their pre-lease obligations and will execute the final agreement as soon as October 30.”

“However, be assured that work will continue on the refinement of the redevelopment plans into the coming weeks, months and years ahead,” the newsletter continued.

In the second of three meetings that included major players from the county and Dana Point Harbor Partners (DPHP), the developers made it clear the priority was to complete a list of projects according to the Local Coastal Plan, with the design coming later in the game.

DPHP, at a final meeting feedback meeting held at 5 p.m. on Oct. 22, spoke more on their future vision for the $330 million project, according to an article by The Orange County Register. Some of the plans will include two hotels, a three-level parking structure, a surf museum and an updated “coastal” façade for shops at Dana Wharf.

From the previous meeting held in September, Bryon Ward, one-third of the DPHP, had mentioned the parking structure would be one of the first construction projects. He emphasized construction could be completed within three months once permits and other parts of the process were finished.

As boaters would be curious to know, the county did respond to a written letter by Dana Point Harbor Advisory Board (DPHAB), which largely considered the marina plan.

The newsletter by DPBA also responded to developments about the marina plan and stated: “Over the past year, your Boaters Association has collaborated closely with our new marina developer on the plans for the renovation of our marina and dry boat storage facilities. This has been enormously complicated work under some inflexible regulatory and space constraints, and with lofty goals to build a marine that properly serves our Dana Point Harbor boating community. We believe we have achieved optimal outcomes under challenging circumstances, and work continues to refine the plans.”

The Log reached out to James Lenthall, president of DPBA and chair for Dana Point Harbor Advisory Board, but he was unavailable for comment at the time of press.

By the time this article runs, the lease option will likely be closed and signed. At that point, the future of Dana Point will be in the hands of the developers for the next 66 years.

To view some of the latest updates about the harbor revitalization plans, visit the website at dphadvisory.org or danapointboaters.org.