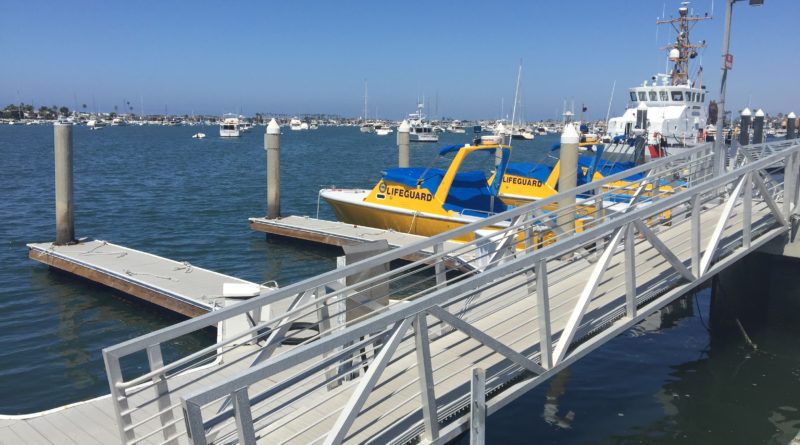 The county, which maintains jurisdiction over docks, has not yet clarified whether Sheriff lieutenant’s decision was authorized.

Editor’s Note: Carrie Braun responded in an email to Parimal M. Rohit after press time that stated Lt. Corn could make changes to the public docks via Orange County Code of Ordinance Sec. 2-2-1.

“Public piers and other harbor facilities may be maintained by the County for the purpose of loading and unloading passengers, supplies and boating gear and for similar purposes. It is the policy of the County to maintain such facilities in a manner that will permit the greatest public use and avoid continuous occupancy, congestion or blocking thereof. Where necessary to achieve public use and avoid extended occupancy, congestion or blocking thereof, the Director is authorized and directed to post signs limiting the time during which a vessel may be docked or supplies or gear may be placed at or on any such pier or facility. When such sign is in place giving notice of such time limit, no person shall dock a vessel at any such facility for a period of time longer than posted or permit any supplies or gear to remain on such facility for a period of time longer than posted.”

This story will be updated at a later date.

NEWPORT BEACH—A simple question of whether Sheriff Lt. Chris Corn was authorized to adjust the time allowed to use a set of public docks in Newport Beach from 72 hours to 20 minutes have not yet been answered by Orange County’s in-house counsel. An Orange County spokesperson told The Log in an email the county’s CEO office is reviewing our questions. Whether our questions are answered remains to be seen.

The question of whether Corn was allowed to adjust the dock time usage unilaterally was first posed in a Standing Watch column published in the July 12-25 issue.

The Log initially reached out to the city of Newport Beach and asked whether it was proper for Corn to unilaterally adjust how long boaters could access the public docks. Newport Beach City Attorney Aaron Harp replied back to The Log via email, stating the docks in question were under Orange County jurisdiction – meaning he could not answer our question.

“It is probably best to discuss these issues with the county because the docks are on county tidelands,” Harp stated in his reply.

A follow-up with Orange County officials met with some progress. This writer reached out to Orange County’s lead in-house counsel, Leon Page, on July 18.

“As I understand it there was a change in time allowed to keep a boat at the public dock. Boats were once allowed to dock there for 72 hours. The time allowed was reduced to 20 minutes – and, the decision to reduce that time was made by Lt. Chris Corn (Sheriff’s Dept.),” this writer wrote in his email to Page.

“My question is this: Lt. Corn told us, when asked, he did nothing illegal when he adjusted the time allowable to dock at a public space,” this writer continued. “But was his act to reduce the dock usage from 72 hours to 20 minutes ‘authorized?’ Basically, is he allowed to change the timings of dock usage, or does he have to go through the county’s Board of Supervisors.”

“Hi Parimal, Thank you for reaching out. I’d be happy to assist with connecting you to Lt. Corn to provide clarification on these answers and additional updates. For example, the docks are not reduced to 20 minutes at this time,” Orange County Sheriff’s Department Public Information Officer Carrie Braun said in her reply.

The 20-minute time limit, of course, is no longer in effect, thanks to the intervention of the California Coastal Commission. Whether or not the time limit is still in effect, of course, is not relevant. Was Corn authorized to cut down the dock time from 72 hours to 20 minutes? Or was this a decision the county’s Board of Supervisors was supposed to make?

This writer replied to Braun’s email with the just referenced questions in mind.

“Hi Carrie, I’d be free to chat anytime today but the question I have is specific and legal. The question is whether Lt. Corn had the authority to make the decision to alter the dock usage time from 72 hours to 20 minutes,” this writer said in his reply. “It’s a narrow question, focusing on the time the decision was made and who made it. That’s the only question I need clarification on, and it’s something I’d need an attorney to answer. If County Counsel won’t be able to answer this question, I’ll pose this question to another attorney who specializes in government affairs.”

The email referenced in the previous paragraph, a copy of which was forwarded to Page, was sent to Braun the morning of July 19; she replied back later that same morning.

“That makes complete sense. It will be up to the CEO’s office to reply and answer that specific question,” Braun said in her July 19 reply.

Both Braun and Corn, meanwhile, maintained The Log’s recent coverage of this issue has been filled with some misrepresentations. Our follow-up reporting of this story will provide Corn and the Sheriff’s Department a platform to outline the issues they have with The Log’s reporting.

The Log will continue to pursue the legal questions posed in this and previous coverage.