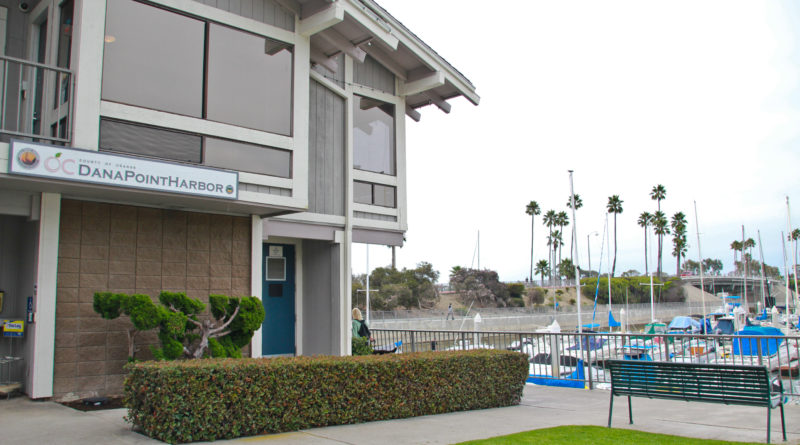 11-member committee is shut down before it even starts.

DANA POINT — Plans to give Dana Point boaters and harbor interests a formal voice within the halls of county governance was scrapped as Orange County officials decided not to bring an advisory council online – moments before it was scheduled to become operational.

The Dana Point Harbor Advisory Council won’t be given a chance to see the light of day, as the community-based advisory panel was suddenly shut down, it was reported on Sept. 14. Sources familiar with the formation and evolution of the panel stated the shut down occurred one day before the council was scheduled to go online and begin working.

County officials filled two of the council’s 11 seats in mid-August, with the remaining slots to be filled through September (and potentially into October).

A statement issued by the Dana Point Boaters’ Association indicated the council was boarded up due to a legal interpretation of the Brown Act and potential conflicts of interest.

“This was indeed a sudden development,” Dana Point Boaters’ Association President James Lenthall told The Log in an email. “As recently as last month, we were assured by O.C. Parks that the Dana Point Harbor Advisory Council would be established by early October. This was critical to us and our harbor partners as the County intends to select their redevelopment partner at the Oct. 17 Board of Supervisors meeting.”

The sudden decision to cease the council before it ever became operational caps about a one-year planning period, where Dana Point Boaters’ Association’s members worked with Orange County officials to establish the advisory board.

“It is important to note that while the Dana Point Boaters Association introduced this proposal for a harbor commission, it was developed in close collaboration with our harbor partners,” Lenthall said. “This was indeed a harbor community team effort, not just us.”

Two members of the O.C. Parks Commission were appointed to the Dana Point Harbor Advisory Council in August, indicating the 11-member board was making progress toward becoming populated.

Orange County officials agreed to move forward with the formation of the Dana Point Harbor Advisory Council in order to provide local boating and waterfront interests with a forum for public input and dialog.

The council was potentially a medium for boaters and waterfront users to provide input on the planned redevelopment of Dana Point Harbor. A vendor to oversee the project could be selected in October.

Seats on the council were to be occupied by representatives from wet slip boaters, dry storage tenants, trailer boat users, small graft operators and other local interests. Meetings were scheduled to take place quarterly at the O.C. Sailing and Events Center in Dana Point.

Lenthall hoped the council would play a role in keeping O.C. Parks and the county government accountable as the Dana Point Harbor redevelopment project moves forward. He said the council would have effectively functioned as a harbor commission.

“We believe a formal, organized and accountable community oversight group is essential to holding the government and their private partner accountable through this hugely transformative time in our harbor,” Lenthall said in his email. “We have been pleased with O.C. Parks’ ongoing and open collaboration with us, and we are fostering productive relationships with the two teams vying to rebuild and operate our harbor, and we are cautiously optimistic that we are on a good path.

“Nonetheless, a proper harbor commission comprised of community representatives is essential to remaining on a successful and cooperative path,” he continued.

The boaters’ association president added he was disappointed to see the Brown Act cited as the reason why the Dana Point Harbor Advisory Commission couldn’t move forward.

“We are disappointed that a statute written specifically to ensure government accountability was cited by our government as the cause for rejecting a community-based government oversight group,” Lenthall said.

Tom Starnes, an O.C. Parks spokesperson, said the county is working to establish a Dana Point Harbor Ad Hoc Committee in place of the advisory council to serve as a forum for public input on revitalization plans. The committee would also facilitate a discussion on other harbor issues.