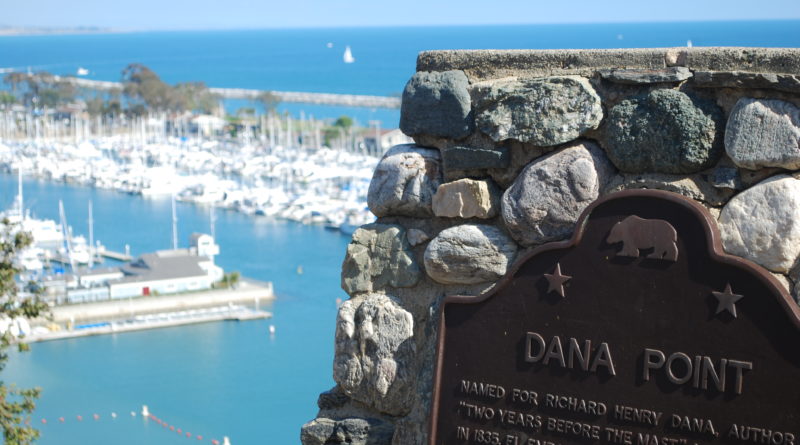 ORANGE COUNTY—Parking in Southern California has grown substantially in the headache department and the waterside is no different. In recent news, The Log has reported extensively on Dana Point Harbor’s revitalization and another time limit change to visitor docks in Newport Beach.

The Log spoke with Ralph Grippo, principal of Bellwether Financial Group; the executive said while temporary chaos might exist, the promise of the future would bring 334 trailer parking spots to Dana Point’s newly refreshed harbor. Bellwether Financial, making up one-third of the Dana Point Harbor Partners (DPHP), is tasked with the marina side of the redevelopment and are currently operating The Marina at Dana Point.

On the other end, a letter from California Coastal Commission surfaced stating Orange County Sheriff’s Department was found to have wrongly put a 20-minute time limit on the docks among other points.

While some boaters have undoubtedly been annoyed by the parking situation at Dana Point Harbor, Grippo stressed all parking situations are temporary while planning for the new parking structure continues.

DPHP took on a massive undertaking (for a small harbor) when it signed a lease with Orange County in October 2018, allowing the private entity to oversee Dana Point’s revitalization project; county officials had been trying to get it off the ground for nearly 20 years. A glowing article shared by Dana Point Boaters Association details the groundbreaking amenities that DPHP, a collective of well-known Newport Beach-based developers including Bellwether Financial, R.D. Olson and Burnam-Ward, plan for Dana Point’s future. It also discusses Orange County Supervisor Lisa Bartlett’s quest to finalize the lease agreement. However, with change there is always bound to be some growing pains.

“It’s a process – and there’s no way to avoid the process,” Grippo said.

An unnamed source close to the matter recently shared an email with The Log about the experience in dealing with the new boat trailer parking.

“The new operators of Dana Point Harbor have remodeled the Boat ramp Parking lot and have reduced the number of trailer parking spots by [75 percent]! There are now less than 100 trailer parking spots available at the ramp. They have converted the other spots into a car parking lot. This will seriously reduce the access by trailer boaters to ocean,” the email read.

In response, Grippo stated the parking area may appear smaller than it is because boat trailer parking is now no longer mixed in with regular vehicle parking. The operators, in terms of the boat launch and boat trailer parking, have been aiming to reduce accidents and liabilities through first organizing the parking lot near Embarcadero Marina, which may appear to be in disarray at the moment.

Through the discord of the new development, Grippo said although there might be some miscommunication, when the development is completed, there will be 334 boat trailer spots and 100 designated for dry storage in accordance with Dana Point’s Local Coastal Plan (LCP).

The email mentioned prior harshly criticized the new marina’s management, stating The Marina at Dana Point’s staff had not been very communicative in explaining new policies. When asked about the communication issues, Grippo acknowledged he had welcomed about 25 individuals into his office to floor complaints back in February and March, but is working to create more excitement and momentum about the new marina.

According to Grippo, there will be no construction this summer. DPHP will still be going through entitlement processes, permitting and other procedures to get the revitalization process off the ground. Dry storage parking, trailer parking, visitor parking and overnight parking will operate as normal in reserved spaces. Grippo told The Log signage has been posted and any visitors are welcome to speak with staff for their concerns.

Grippo, who emphasized his long career in hospitality, has been involved in public outreach meetings about parking spaces and how to handle the parking situation as Dana Point Harbor continues to be developed. Accordingly, Grippo is striving to improve parking and communication, because he knows if customers have a bad experience they won’t come back. One example he muses on is the National Park in Muir Woods, where it is impossible to park unless you reserve a spot possibly weeks in advance. As California continues to grow as a state and parking continues to be a valuable commodity in crowded areas: What can state, county and city officials do to ensure smooth parking for recreational attractions?

Grippo, however, does not see this kind of future of reserving spots for Dana Point Harbor – that is once the waterfront’s construction is done and dusted.

Dana Point Harbor Advisory Board has been keeping documentation on the harbor development project at dpharboradvisory.org/harbor-revitalization.

The Log reported in the May 17 issue that Orange County Sheriff’s Harbor Patrol Headquarters had limited parking from 72 hours to 20 minutes. An unnamed source close to the matter released a letter from the California Coastal Commission detailing that the Sheriff’s Department had in fact made violations in altering the time limit as well as several other violations.

In a letter to Lt. Chris Corn, addressed on May 20, it read staff had found several developments with Coastal Development Permit (CDP) No. 5-07-370 and 5-94-255 at Orange County Sheriff’s Harbor Patrol Headquarters. The follow non-compliant changes included:

At the time the article was printed, the California Coastal Commission had yet to respond. However, the letter now shines light on some details that were missing when the original article was first published.  The California Coastal Commission reinforced the harbor patrol office should seek the necessary CDP or amendments if any of these changes will be made and prompted harbor patrol to take action before May 29.

It may be in the community’s best interests to develop property in a quick and efficient manner (Parimal M. Rohit recently penned a Standing Watch column on this very topic), but there are also procedures that the California Coastal Commission puts in place to make sure developers, state officials and others do not violate a Californian’s rights to access our biggest asset – the coast.

A Local Coastal Plan, or “LCP,” is put in place for nearly every seaside city in Southern California. Within the LCP, there are very specific policies outlined to conform to the California Coastal Commission and create the best experience for all visitors, boaters or not. Either way, if developers do violate the LCP – the results are not welcoming.

The Log reached out to the California Coastal Access to ask what happens if a developer were to make changes to an LCP without gaining approval from the Coastal Commission in advance.

“Basically any changes being proposed would require a local coastal program amendment that we would have to analyze, especially any changes that would impact public access,” said Noaki Schwartz, Public Information Officer for California Coastal Commission.

What can happen if say a developer does not gain approval from the California Coastal Commission? A recent case involving a Santa Monica hotel developer has come under fire for “bait and switch,” according to an article by Bisnow Los Angeles.

At the end of the day, how can these parking/docking issues be addressed in a fair way that provides the best experience for beachgoers? The Log will continue to report on further developments.