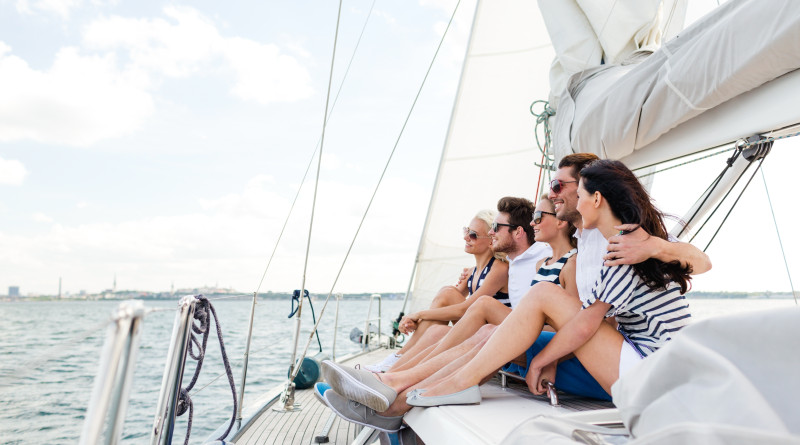 Recreational boat owners who offer their vessels to passengers for hire must meet several requirements before taking people out to sea for profit. The U.S. Coast Guard has been cracking down on boaters who illegally navigate local waterways with paying customers.Syda Productions/Shutterstock

SOUTHERN CALIFORNIA — The Log’s readers, in recent months, have asked or submitted comments about passenger-for-hire vessels, where a boat owner navigates out to sea with a group of paying passengers aboard.

How to Become a Passenger-for-Hire Vessel

Lt. Cmdr. Nathan Menefee of the Coast Guard’s Los Angeles Investigations Divisions said boaters must obtain a Coast Guard Merchant Mariner Credential, which is also known as a license, in order to operate a passenger-for-hire vessel.

Obtaining a license, according to Menefee, “can vary depending on what level of credential somebody is seeking.”

The Coast Guard’s National Maritime Center in Martinsburg, West Virginia evaluates all license applications; regional exam centers across the country then process the applications once evaluated.

Information of how to navigate the application process is available at the National Maritime Center’s website (tinyurl.com/National-Maritime-Institute).

“The lowest level of credential for passenger vessels is called an ‘Operator – Uninspected Passenger Vessel’ or OUPV. This is commonly referred to as a six-pack license, as it is the minimum license required to carry six or less passengers for hire on an uninspected vessel,” Menefee said. “Carriage of more than six passengers, with at least one for hire, in most cases requires the vessel to be inspected by the Coast Guard, and a higher level credential.”

“In addition, depending on the level of the credential, the applicant will have to provide proof of professional qualifications which may include prior sea service experience, training, and the passing of knowledge based examinations,” Menefee said.

“If found intentionally operating an illegal charter without a licensed or credentialed individual or if an accident occurs that results in serious injury or death, the owner and operator could be found criminally liable,” Menefee said. “Civil penalties may also be assessed to the vessel owner and vessel operator up to $35,000 per day.”

“Individuals that pay to ride aboard uninspected passenger vessels are encouraged to ask for the vessel operator’s Coast Guard credential prior to embarking on a voyage, to verify that the operation meets minimum regulatory standards,” explained SandraKay Kneen of the Coast Guard. “Individuals aboard a vessel with more than six passengers are encouraged to ask to see the Certificate of Inspection.”

What are the legal parameters surrounding passenger-for-hire vessels? Maritime attorney David Weil said the Coast Guard began cracking down on what he described as “illegal” charter operations a few years ago.

“Generally speaking a licensed master is required for any boat that is carrying any passengers or cargo for hire,” Weil wrote in The Log’s Ask An Attorney column on June 17.

“Federal law (Title 46 U.S. Code, sec. 2101) defines a passenger for hire as ‘a passenger for whom consideration is contributed as a condition of carriage on the vessel, whether directly or indirectly flowing to the owner, charterer, operator, agent, or any other person having an interest in the vessel,’” Weil wrote. “A ‘passenger’ is basically anyone aboard who does not have any crew responsibilities or any responsibilities relating to the operation of the boat.”

The Jones Act, a federal statute governing maritime law and coastwise trade within the United States, defines a passenger for hire as a vessel operator who does not use the boat for personal pleasure but instead for profit.

“A ‘voluntary’ sharing of expenses would be something along the lines of a passenger telling the owner ‘here – let me help,’ and handing him or her twenty dollars. The payment is not a condition for allowing him or her aboard for the voyage,” Weil wrote in his column. “A passenger for hire is therefore someone who cannot participate in the voyage without paying or contributing something. This includes the sharing of expenses. If a passenger is required to share expenses, it is not ‘voluntary,’ and that person becomes a passenger for hire.”

Passenger-for-hire excursions differ from day sails in that the latter, according to Weil, “is not subject to the operator licensing requirements, construction guidelines, passenger limits or equipment requirements that regulate the charter industry.”

Weil added six-pack charters still require a licensed captain operate the vessel and the boat must be built in the U.S.

The legality of vessels hired for charter purposes came to a tee in March, when the Coast Guard ordered a vessel owner to cease an illegal charter operation.

The charter company Angel’s Ashes allegedly used Orion, a recreational boat, as a commercial passenger vessel, according to Coast Guard officials. A Captain of the Port Order was issued to the Orion owner on March 2.

Kneen reached out to boaters about two weeks later to inform them of passenger-for-hire policies governing local waterways.

“Vessels carrying at least one passenger for hire but no more than six passengers require at minimum, a Coast Guard credentialed operator who holds a valid ‘Operator Uninspected Passenger Vessel,’” Kneen’s email stated. “Vessels carrying more than six passengers with at least one passenger for hire require a Coast Guard credentialed (licensed) Master.”

A passenger-for-hire vessel, according to Kneen, must also pass a Coast Guard inspection and conspicuously display the Certificate of Inspection.

Other possible deficiencies or hazards of illegal passenger-for-hire vessels include the lack of pre-employment or random drug testing of crew members and equipment failure.

Information on uninspected passenger vessels and passenger-for-hire operations can be viewed at the Coast Guard’s website (uscg.mil/pvs/UPV.asp).

The Coast Guard also offers an online brochure on the licensing application process; the brochure is available at tinyurl.com/Licensing-application.

Kneen said the Coast Guard is available to answer questions about passenger-for-hire operations.

Questions about the licensing process can be directed to the National Maritime Center at 888-427-5662.

6 thoughts on “Passenger for hire: What do you need to know?”