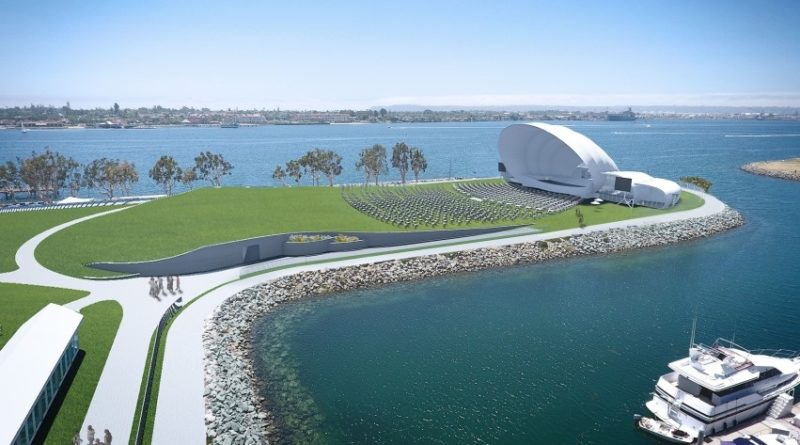 SAN FRANCISCO — San Diego’s downtown embarcadero, which is home to a sizable recreational boating community, will soon home to a permanent outdoor concert venue. The concert venue would replace a temporary structure at Embarcadero Marina Park South, which is located in between Fifth Avenue Marina and Marriott Marquis Marina.

The project’s price tag is pegged at $45 million, with $6 million already raised. Gilmer has been out raising funds to pay for the permanent concert venue.

A temporary concert venue exists where the port district hopes to erect the permanent symphony stage at the marina-adjacent public space. San Diego Symphony had operated a temporary stage at the open space since 2004. As many as 5,200 people could attend any of the outdoor performance events.

Seating capacity for the new, permanent outdoor venue would nearly double to 10,000 people. Events would increase from 37 currently to 110 half-day or 55 full-day events. The venue must be open to the public 85 percent of the year.

Plans also call for an expanded promenade, which would be open to the public at all times.

“I think, in the end, [this project] will enhance and diversify, frankly, the access and public experience that occurs at this particular location,” Coastal Commission member Steve Padilla said.