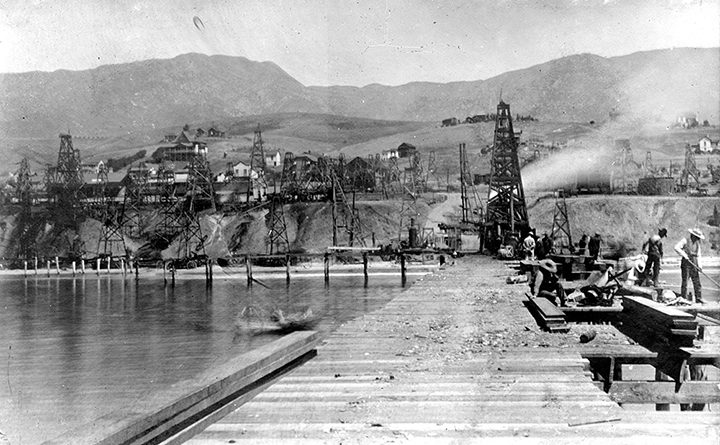 The California Coastal Commission issued a permit for the California State Lands Commission, allowing the latter to move forward with its plans to “permanently re-abandon four leaking legacy oil wells” located near Summerland, an unincorporated area south of Santa Barbara.

Two of the wells are onshore, while the other two are offshore.

“The legacy wells date to the largely unregulated development of the Summerland Oil Field in the late 19th and early 20th centuries and periodically leak crude oil,” Coastal Commission staff said in a report to commissioners. “The proposed operation would require the use of heavy equipment, vehicles, and specialized machinery on beach and intertidal areas, as well as the mooring and operation of a work barge and use of underwater excavation equipment for offshore wells.”

Abandoning the two onshore wells, according to a Coastal Commission staff report, consists of the following: expose the leaking wellhead, install steel piping around the well with a vibratory hammer and encapsulating the leaking wellhead with cement and a wielded steel plate.

One of the offshore wells will be abandoned with the use a crane barge and pile drivers to expose the wellhead, and then fill it with cement before wielding it shut with a steel plate. Crews will removed a four-foot cement “well cap” at the other offshore well.