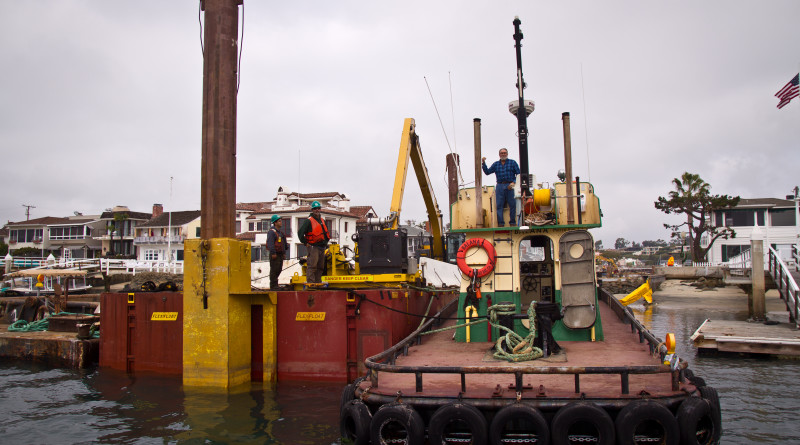 Phase 1 of the Grand Canal Dredging project in Balboa Island, which began Dec. 5, 2016, was completed to the satisfaction of the Newport Beach Public Works Department. Dredging is necessary for this channel in Newport Beach as it is difficult for boaters to navigate in low tides.

Phase 1 of the Grand Canal included the area between South Bay Front and Park Avenue.

Seawalls were starting to erode at the base, so sand was added to support the seawalls. All the sediment dredged was appropriate for ocean disposal. The total cost of this phase of the dredging project was $379,545.

The City Council consented to the completion of Phase 1 of this project unanimously with the exception of Council member Jeff Herdman, who recused himself from the consent calendar agenda item due to a conflict based on a property interest.

“N. Bay Front section will be done later this year. Then, finally, the middle section between Park and Balboa Avenues will be done probably late 2017 or so.” Harbor Manager Chris Miller told The Log.