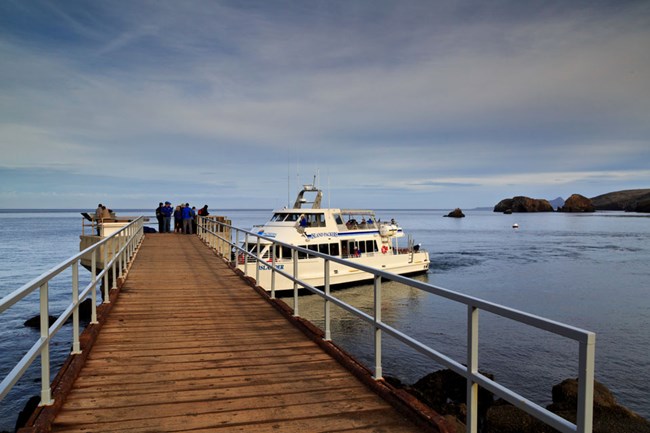 VENTURA—Construction on a new pier at Santa Cruz Island’s Scorpion Anchorage and a crane at Anacapa Island are officially underway, according to a statement released by National Park Service (NPS). Both projects, according to NPS staff, would improve visitor access, safety and park operations.

Anacapa and Santa Cruz Islands are both part of Channel Islands National Park, which is managed by NPS.

Work on the pier at Scorpion Anchorage will begin in November and take between six and eight months to complete, NPS staff continued. The crane project at Anacapa Island, meanwhile, would begin in October and continue through April 2020.

“Anacapa Island will be closed for both day and overnight use for three weeks during the month of October, and for at least a week each in November, December, and March,” NPS staff stated. “The Scorpion Anchorage pier construction is scheduled to start in November and is expected to take six to eight months. Scorpion Valley will be closed to public access for the duration of the project.”

“[Island Packers plans] to offer extended wildlife cruises including visits to Painted Cave, one of the largest known sea caves in the world as well as multi-island day trips to expose visitors to the great diversity of the Channel Islands,” NPS staff stated.

Santa Barbara Adventure Co., which offers guided kayak tours and snorkel rental services, will reportedly downsize and relocate to Prisoners Harbor during construction. The move will be temporary, as the company expects to return to its usual operation once the new pier at Scorpion Anchorage is complete.

“The new pier will improve the safety and efficiency of loading and offloading passengers and cargo with a gangway for landing visitors and more reliable access during low tide conditions,” NPS staff stated. “It will be located about 300 feet to the south of the existing landing and will be longer, wider, and higher. It will measure at 18 feet wide by 300 feet long and will be supported by steel piles and a superstructure designed to handle storm events and wave action.”

JMG Constructors LLC, meanwhile, will complete the new crane replacement project at Anacapa Island. The project is expected to cost $5 million and will be paid for by NPS construction funds.

“The new crane on Anacapa Island will restore essential park operations and will improve visitor and emergency services on the island. It is a two-crane design that will improve the safety of loading operations. It replaces a single crane that failed due to prolonged exposure to the harsh marine conditions on the island,” NPS staff stated. “The two-crane system mirrors the configuration of the original historic Anacapa Light Station crane that was installed in 1932.”

NPS staff added the timelines for both construction projects could endure delays, depending upon weather and “other project considerations.”