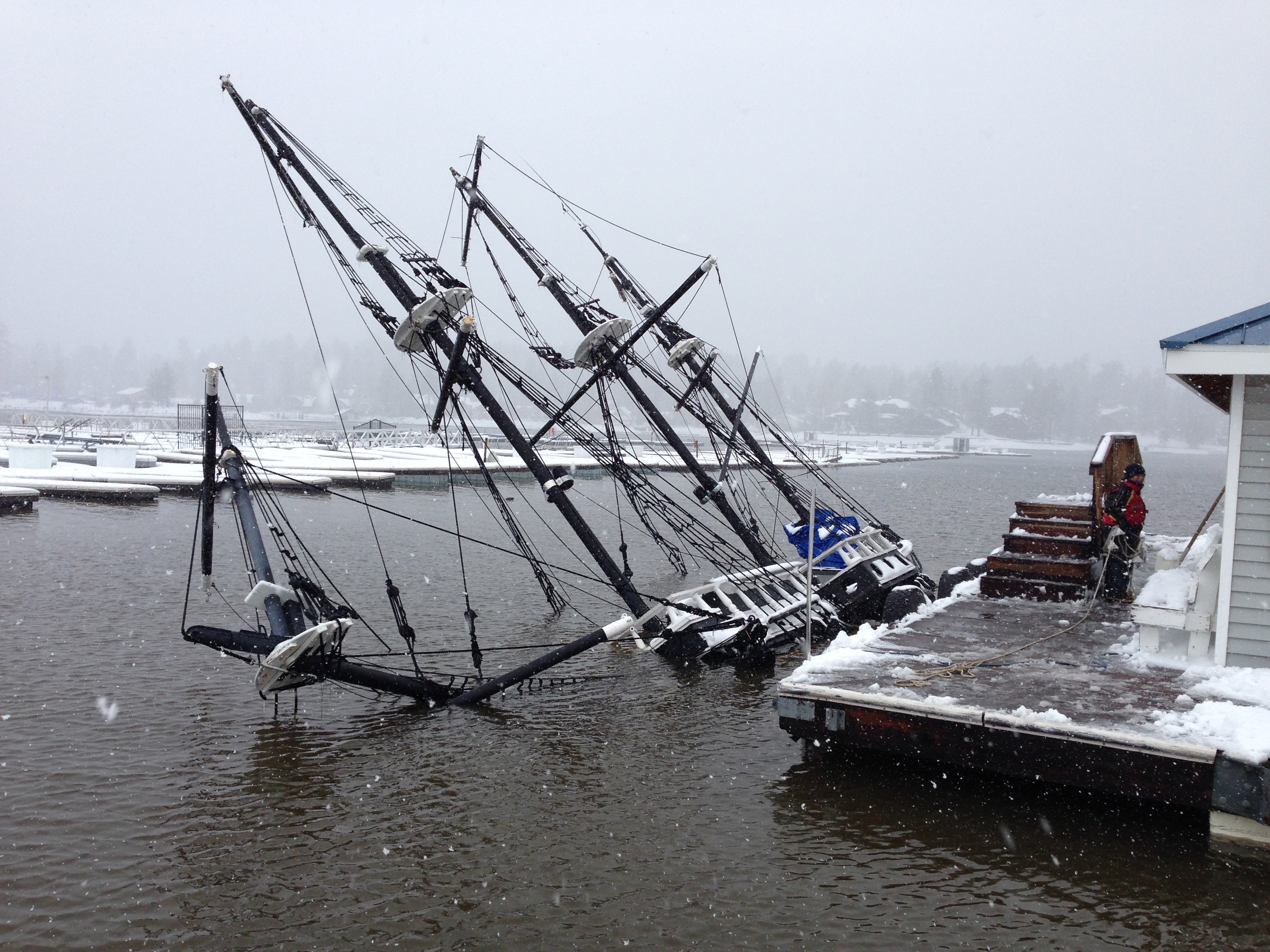 BIG BEAR – The Big Bear Pirate Ship, a 16th century Spanish galleon, sank to the bottom of the murky lake after strong rain and winds proved to be too much for the iconic boat. The vessel was hauled out Thursday, March 13 at Holloways’s Marina, according to a press release issued by the Big Bear Visitors Bureau.

The sunken ship was raised with inflatable boat salvage underwater lift bags. Owner and Operator of Big Bear Pirate Ship Loren Hafen, who is a certified scuba diver, strapped four to six deflated air-lift bags to the bottom of the ship. Once the air-lift bags were secured, a support crew on a nearby boat dock slowly filled the lift bags from an air compressor.

“She’s been underwater too long, it’s time resurrect our beloved Time Bandit,” he said. “These air-lift bags are designed to salvage heavy objects underwater including yachts and airplanes, so we’re optimistic this will do the trick.”

A date of operation has yet to be announced but a message left on the marina’s message system instructs callers to dial a separate number to book the ship for May tours. That number is provided in the message.

Big Bear Lake’s iconic tour boat Time Bandit sank sometime during the night of Friday, February 28, between 6 p.m.-6 a.m. the next morning. The sunken ship was discovered Saturday, March 1 at 8 a.m. by a Holloway’s Marina employee. The cause of the sinking was due to severe weather with rain, snow and intense winds.