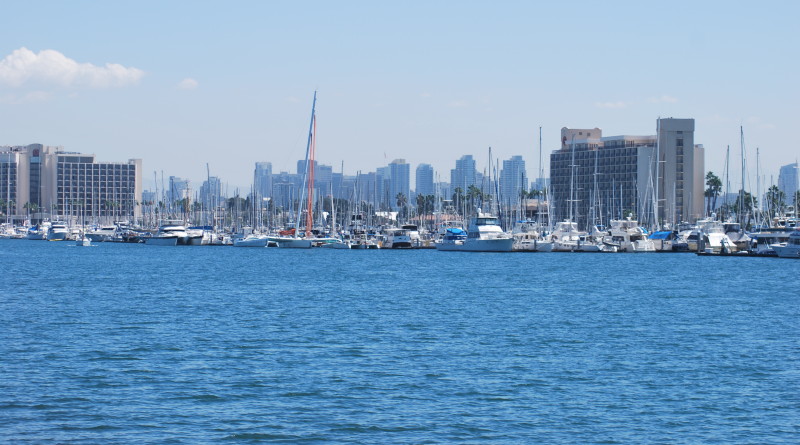 One of the project’s two developers looks to make changes to elements of its proposal.

SAN DIEGO — The Port of San Diego’s Board of Port Commissioners continue to flesh out details of what a proposed redevelopment of Harbor Island would ultimately look like, as the quasi-judicial regional agency, at its April 11 meeting, directed its staff to work with a developer on certain elements of the planned project.

Oliver McMillan, one of two chosen developers of the planned East Harbor Island redevelopment, is working with the port to execute its redevelopment plans.

Commissioners approved port staff’s recommendation to work with Oliver McMillan on revising its development program to include the Consolidated Harbor Police Headquarters but not a replacement Port Administration Building.

The Port Administration Building replacement portion of the project is no longer part of the redevelopment, because a port district-sponsored study estimated future revenues from planned projects along Pacific Avenue would not be enough to recover costs for developing a new port administration venue.

Adjustments to the Harbor Police Headquarters and Port Administration Building plans could have a substantial ripple effect on the rest of the redevelopment project, which proposes to bring new retail, restaurant, hotel and marine-related office space to Harbor Island.

“The board selected Sunroad to develop the Elbow Parcel with a 325-room hotel … and [Oliver McMillan] to develop a mixed-use development on the remainder of the site. The board also directed staff to enter into an [exclusive negotiating agreement] with each developer for their respective visions,” port staff stated in a report to commissioners.

Both Oliver McMillan and Sunroad signed their respective exclusive negotiating agreements with the port district just ahead of the commission’s April 11 meeting.

Changes to the project could still be made, but commissioners would have to deliberate and approve any modifications before they become official.

Moving the port’s headquarters to East Harbor Island would have opened up the land on Pacific Highway between Sassafras Street and W. Palm Street – where the current Port of San Diego building is located – for redevelopment.

Port staff offered a few suggestions if a new Port Administration Building is indeed not realized.

“Alternatives to consider may include: renovating the existing building, developing a telecommuting policy, leasing satellite office space and researching how other businesses create a preferred workplace. Throughout the year, staff will keep the Board apprised as to its progress on these efforts,” port staff stated in a report to commissioners.

The port district reportedly spends about $2.5 million in operating costs annually to maintain the current headquarters.

“There may be cost savings and efficiencies to be gained as staff continues to evaluate alternative leasing or development potential for administrative office space,” port staff stated.