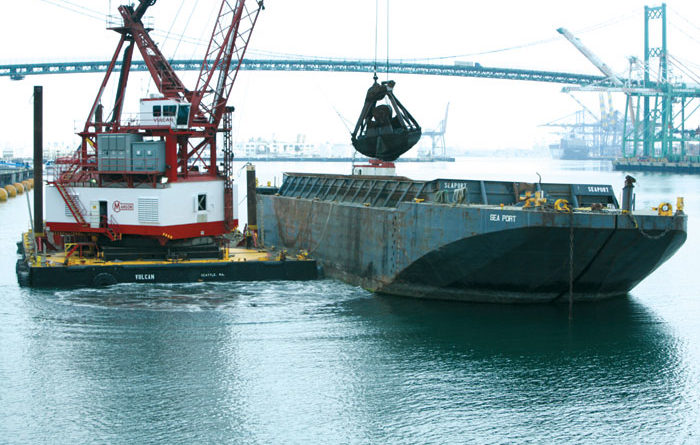 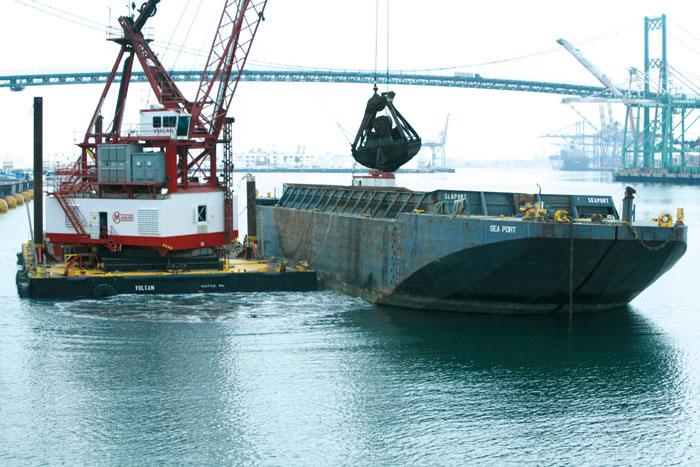 SAN PEDRO — The Port of Los Angeles celebrated the completion of the port’s extensive main channel deepening project with a ceremony attended by city and port officials. The 10-year dredging project puts the port in a position to accommodate larger, deeper-draft ships.

“Our nation’s ports are the backbone of our country’s economy,” said Congresswoman Janice Hahn. “Now that this dredging project is complete, ‘America’s Port’ will have the ability to accept the new, larger cargo vessels. Our increased competiveness will strengthen our regional and national economies — resulting in job creation in my district and across the country.”

The $370 million project consisted of deepening the 45-foot-deep Main Channel, West Basin Channel and East Basin Channel to a 53-foot depth. Deepening those waterways was aligned with ongoing efforts to assure the Port of Los Angeles’ global competitiveness and is also part of the port’s efforts for continued growth and job creation, according to the port.

“The number of ships and the volume of goods they will bring, the number of jobs that will result, and the economic impact on the local area and throughout the nation are important numbers,” said Col. Mark Toy, commander of the Army Corps of Engineers Los Angeles District. “But the true worth of the project is in the benefits it will provide for people. Directly or indirectly, locally or nationwide, immediately or in the future, the work we recognize today will benefit the lives of many people.”

Overseen by the Army Corps of Engineers, the decade-long project removed and relocated 15 million cubic yards of sediment throughout the port. Some of that material was used to construct the 104-acre Cabrillo Shallow Water Habitat, a feeding area for fish and marine birds in the outer harbor, according to the port.

“Completion of the Main Channel Deepening Project has been our single most important infrastructure project,” said port executive director Geraldine Knatz. “We’re grateful for the work of the U.S. Army Corps of Engineers and everyone on the port team who helped bring this critical infrastructure priority to fruition.”

According to the port, its container terminals generate about 74 percent of port revenue. More than 43,000 direct jobs are connected to marine terminal operators at the port.

A video on the project can be seen at youtube.com/watch?v=U-xlPwVaCsw.